The Cougars trailed Shakopee at halftime, but were able to regroup at the break and stifle any thoughts of a Sabers upset. 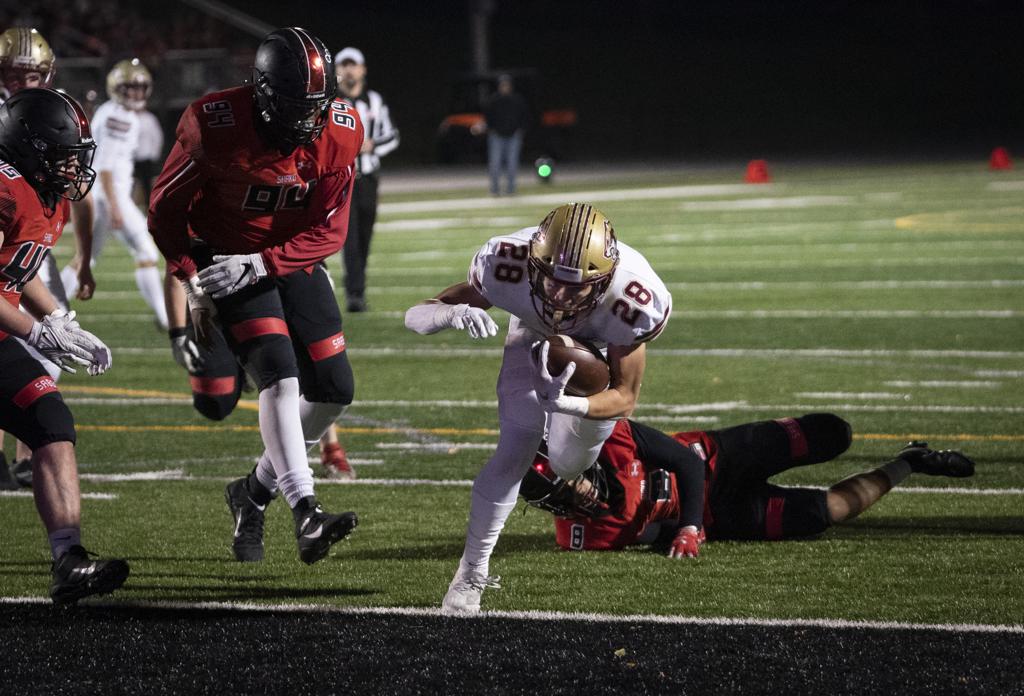 Lakeville South coach Ben Burk knew this would happen sooner or later. And when it did, his team responded just the way he’d hoped.

The Cougars hadn’t faced a serious threat all season before Thursday night. Their host, Shakopee, had been considered their biggest challenger for much of the year, but the Sabers’ hopes took a damaging blow when starting quarterback Dominic Jackson was lost for the season with a knee injury.

The Sabers may have been wounded, but they gave the No. 1-ranked team in Class 6A, Lakeville South, its fiercest battle to date before falling 30-22.

“They’re good,” Burk said simply. “They dealt with injury at quarterback and a great coaching staff found a way to change some things up and they surprised us. We expected their best and we got their best.”

The game started the way so many others have for Lakeville South, with the Cougars taking an early lead and building on it.

Carson Hansen scored two first-quarter touchdowns, on runs of 55 and 8 yards, the first two times the Cougars had the ball, for a 13-0 lead.

What hadn’t happened to Lakeville South (7-0) was the opponent absorbing the early onslaught and responding in kind.

Shakopee began to shut down Lakeville South’s vaunted Power-T offense, made some offensive adjustments of its own, and swung momentum in its favor.

The Sabers put running back Jadon Hellerud to take direct snaps in an old-fashioned single-wing set -– harkening back to Shakopee’s offense before current head coach Ray Betton — and they began having success.

Hellerud found cracks in the South defense and when they got close to the Cougars’ end zone, lanky receiver Nick Katona was able to catch a pair of touchdown receptions and give the Sabers a 14-13 halftime lead. It was the first time Lakeville South had trailed that late in a game.

“They punched us in the face,” Burk said. “We told the kids at halftime that, to be a really good team, you’ve got to be able to take the punch and give it back.”

Which is just what the Cougars did. They scored 17 third-quarter points — on touchdowns by running back Josh Jacobson and tight end Will Chlebecek sandwiched around a blocked punt for a safety — to regain control of the game at 30-14.

Shakopee (5-2) didn’t go away, pulling within a touchdown on Hellerud’s short run in the fourth quarter, but a final possession reached only midfield.

“What makes football great is being able to respond to situations that stress and challenge you,” Burk said. “Tonight was a great opportunity for us to learn how to handle that.”

Betton said that he was encouraged by his team’s efforts in response to adversity. “We’re super proud of them,” Betton said. “We’ve lost to No. 1 and No. 2 [Eden Prairie] in the state. That’s nothing to scoff at.”