Running Back Emmett Johnson continued his dominant season for the Stars in Friday's victory over the Orioles. 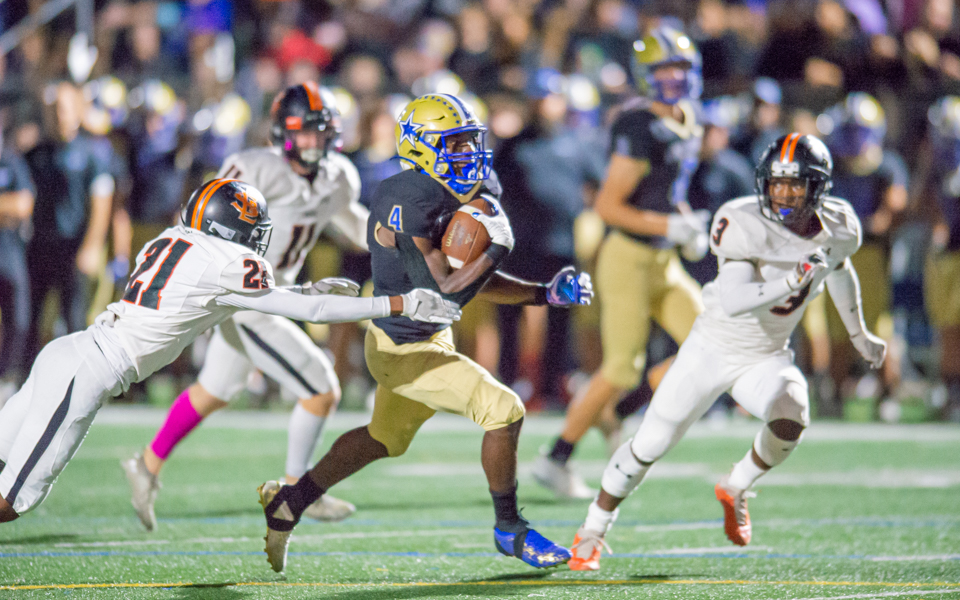 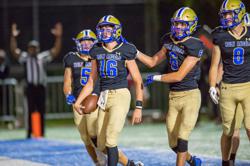 A five-touchdown night is likely a career game for even some of the state’s best high school running backs.

But for Academy of Holy Angels star running back Emmett Johnson, his latest display of running prowess might not even be his best of the season. Johnson rushed for five touchdowns and more than 400 yards in Friday’s 49-25 victory over St. Louis Park. Remarkably, the senior had already scored five touchdowns in two other games.

Increasing his season rushing touchdown total to 24, it is no surprise why many are calling Johnson the best running back in the state.

“I worked hard all summer, and I feel like this is the time he wants me to show what I can do and show what I’ve been working on,” Johnson said when asked about the trust his coaches put in the ground game. “Like I said, our O-line played really well. You know we can’t run the football without the O-line, so shout out to them.”

The offense isn't the only part of the game Johnson helped out in for Holy Angels (5-1, 2-1), either.

Many high school running backs with college football aspirations do not play defense, especially at higher enrollment schools with larger rosters. But Johnson is willing to play both sides of the ball with the Class 4A Stars, and he hauled in an interception late in the third quarter of Friday’s game.

“As I grew up, I understood that whatever it takes to win, that’s what I want to do,” said Johnson, who has played defense for the Stars since he was a freshman. “If I can help the team on defense I am willing to do it.”

The Stars' offense has changed to focus more on the option rushing attack this fall to match the strength of the players on the roster. Quarterback AJ Boarman only attempted one pass Friday, but he rushed for nearly 150 yards and two touchdowns. And the offensive line has also earned plenty of credit for the success of running the ball.

“Our best asset, obviously everybody sees Emmett, but it is our offensive line,” head coach Jim Gunderson said. “Our goal is to win the line of scrimmage. That’s what we do, and we take great pride in that.”

St. Louis Park (4-2, 2-1) was prepared to try to stop the run heading into Friday's matchup against the talented Stars. The Orioles managed to keep the game close, trailing by 8 at halftime.

However, containing Johnson continued to be a challenge in the second half.

“Holy Angels is a good ball club, there was nothing we could really do with number 4,” St. Louis Park head coach Jason Foster said about Johnson. “He’s the best back in the state, bar none.”

The Orioles did find some success with the passing attack in the second half Friday. Quarterback William Dvorak passed for nearly 300 yards, managing to make plays with his feet to avoid the pass rush.

“Our quarterback is very elusive,” Foster said. “He looks like he is going to get tackled, but he gets away and keeps his eyes downfield. I’ll take him over anyone in our conference.” 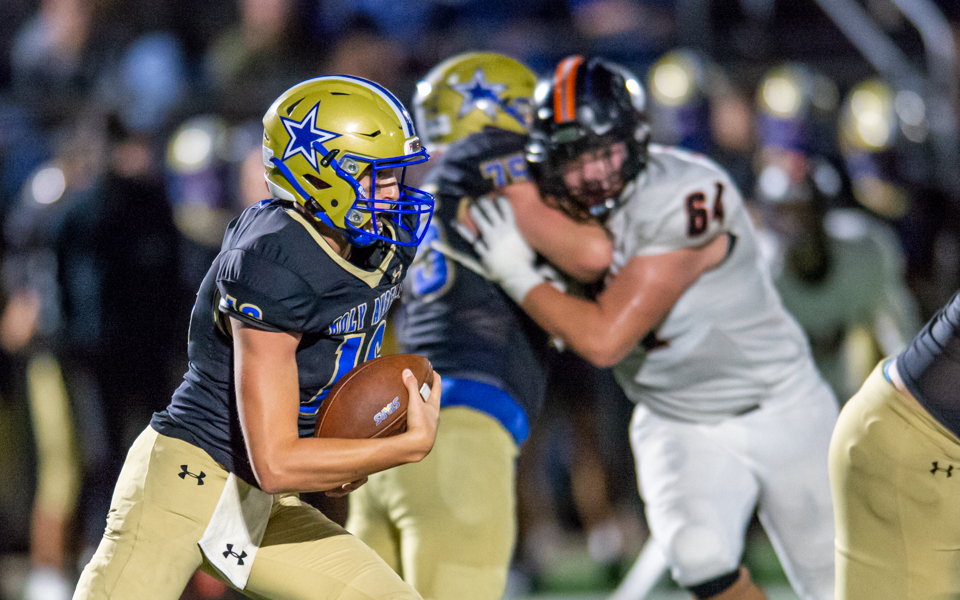 The Orioles kept the game within one score, 21-13, at halftime. But that changed in the second half as the star running back Johnson continued to find space. The Holy Angels (5-1, 2-1) senior rushed for 411 yards including three touchdown runs of 65 or more yards. Quarterback AJ Boarman also rushed for 146 yards and two touchdowns. 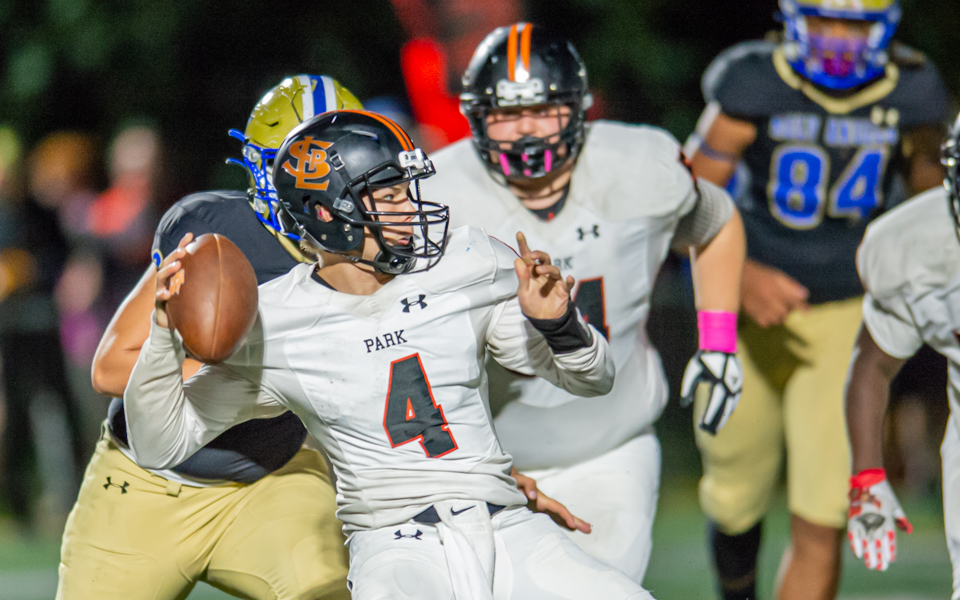 Orioles’ quarterback William Dvorak steps back in the pocket and throws a 61-yard touchdown pass to Stefano Giovannelli in the third quarter in the Orioles 49-25 loss to the Stars. Photo by Earl J. Ebensteiner, SportsEngine