The Ponies got four touchdowns from running back Edward O’Keefe, including a 65-yard sprint one play after falling behind. 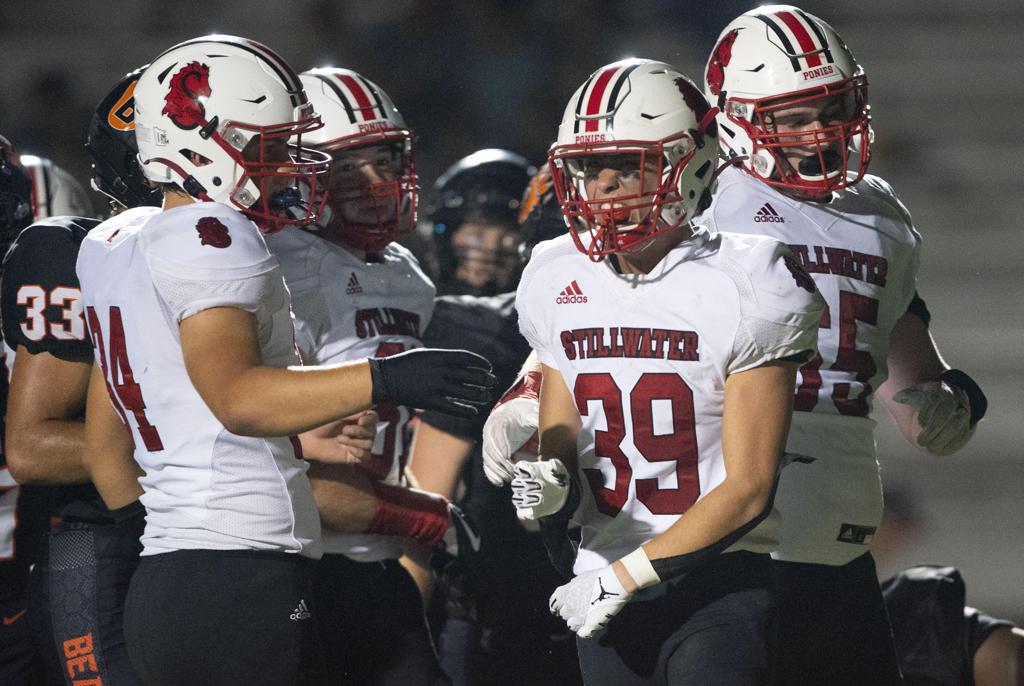 On the Ponies’ first play from scrimmage after giving up an early touchdown to White Bear Lake, senior running back Eddie O’Keefe took a handoff from quarterback Max Shikenjanski and exploded, untouched, through the wide middle of the White Bear Lake defensive line.

Sixty-five yards later, O’Keefe crossed the goal line. Not only had he countered the Bears early lead, he had stolen their momentum and returned it to the Stillwater sideline.

“It was just an inside run,” Labore said. “It’s a triple option play and we just take what the defense gives you.”

For flashbulb-quick O’Keefe, it was the first of his four touchdowns in the game, his third game in a row scoring at least three touchdowns.

“I’ve been reading blocks faster, the line has been getting better – especially that,” said O’Keefe. “Me and Shik saw that there was no one there. I got the handoff and I didn’t have to do a single thing. It was just straight line to the end zone.”

Despite the big lead, there were more than few anxious moments for Stillwater. When Ponies linebacker Chance Swenson returned a fumble 50 yards for a touchdown midway through the fourth quarter, it looked like the icing on their victory cake.

But it was then that White Bear Lake quarterback Connor Gerrell, harassed by the Stillwater defensive front all night, found his rhythm. He found receiver Alex Lockwood for two touchdown passes in the final five minutes, bringing the Bears to within a touchdown with 2:27 left.

“We started going to our spread game and that worked pretty good,” said Bears coach Ryan Bartlett , whose team has trailed by double digits in two other games this season but managed to rally. “This team just keeps playing and that has served them well.”

While the game didn’t end in the convincing fashion he would have hoped, Labore said that a victory is always something to embrace, no matter how it looks.

“The guys walking in were anticipating that we weren’t very happy after the game,” he said. “But it’s kind of like my golf game. The scorecard only has room for numbers, not short stories or pictures. We’re happy about the numbers. We’ll fix all the rest of it tomorrow morning.”

Stillwater improved to 5-0 with the victory. White Bear Lake dropped to 3-2.

Stillwater spotted White Bear Lake the first touchdown of the game, then scored 28 straight points en route to a 35-28 victory.

The No. 5, Class 6A Ponies (5-0) got four touchdowns from running back Edward O’Keefe, including a 65-yard sprint one play after falling behind that quickly flipped the game’s momentum.

White Bear Lake (3-2) rallied in the fourth quarter on three touchdown passes from Connor Gerrell, two to Alex Lockwood, and cut the Ponies lead to a single score, 35-28, with 2:27 left, but Stillwater covered the ensuing onside kick and ran the clock out 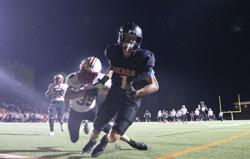