Our writers make their picks for Week 4 of the season 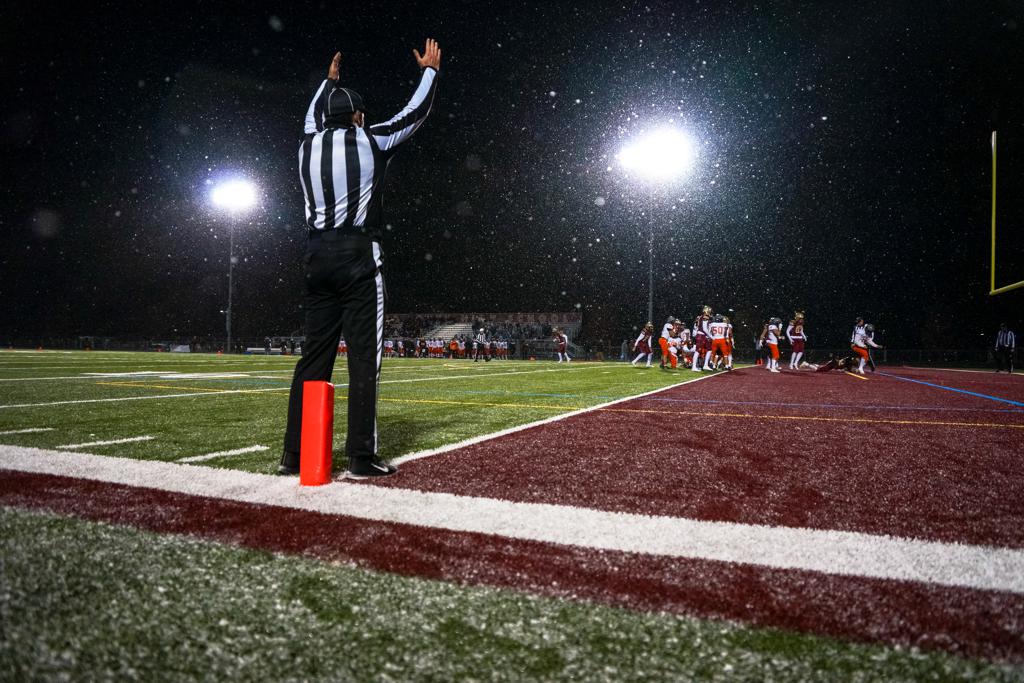 Poised to “run away with the picks battle this year,” David La Vaque (10-5) fumbled in the open field last week by dropping two of three games. Meanwhile, Jim Paulsen (9-6) ran the table and trimmed his deficit to one game. An intriguing trio of games this week will further test which prognosticator is for real.

David says: One of the top regular-season tests these teams with aspirations for a deep playoff run will face. There’s a lot to like about Minneapolis North’s offensive trio of QB Deshaun Hill, RB Jaylon Washington and WR Rio Sanders. They give the Polars potent options. Pick: Minneapolis North 28, SMB 20

Jim says: SMB has plenty of talent to like, too, starting with slippery RB Sanjay Redd, who has already scored seven TDs. Their staunch defense has given up less than 200 total yards in three games. Looking at common opponents? The Wolfpack beat Fridley in Week 1, the Polars lost to the Tigers in Week 2. Pick: SMB 30, Minneapolis North 23

David says: Hutchinson has won the past five meetings of these perennial Class 4A powers. If Becker hopes to party like it’s 2015, the Bulldogs need to assert themselves early. So far so good. Becker has yet to surrender a point before halftime. Hutchinson, however, rumbles its way to a sixth consecutive victory. Pick: Hutchinson 28, Becker 14

Jim says: Both teams are coming off tighter-than-expected wins that were tied in the third quarter. The resemblance to each other is obvious: Both like to run with purpose, control the line of scrimmage, can throw when needed and play smothering defense. I like Becker’s offensive diversity. Pick: Becker 34, Hutchinson 28

Jim says: Coaches always fear a letdown after a big victory or great start. If Maple Grove, averaging almost 47 points, was to let down, this would be the game. Centennial is always hard-nosed and stubborn on defense and after two weeks of offensive struggles, the Cougars rolled up 364 total yards last week. Pick: Centennial 19, Maple Grove 14.