Preston Engen is only in his second season playing quarterback and continued his tear to open the season and led Lakers to victory over the Spartans on Friday. 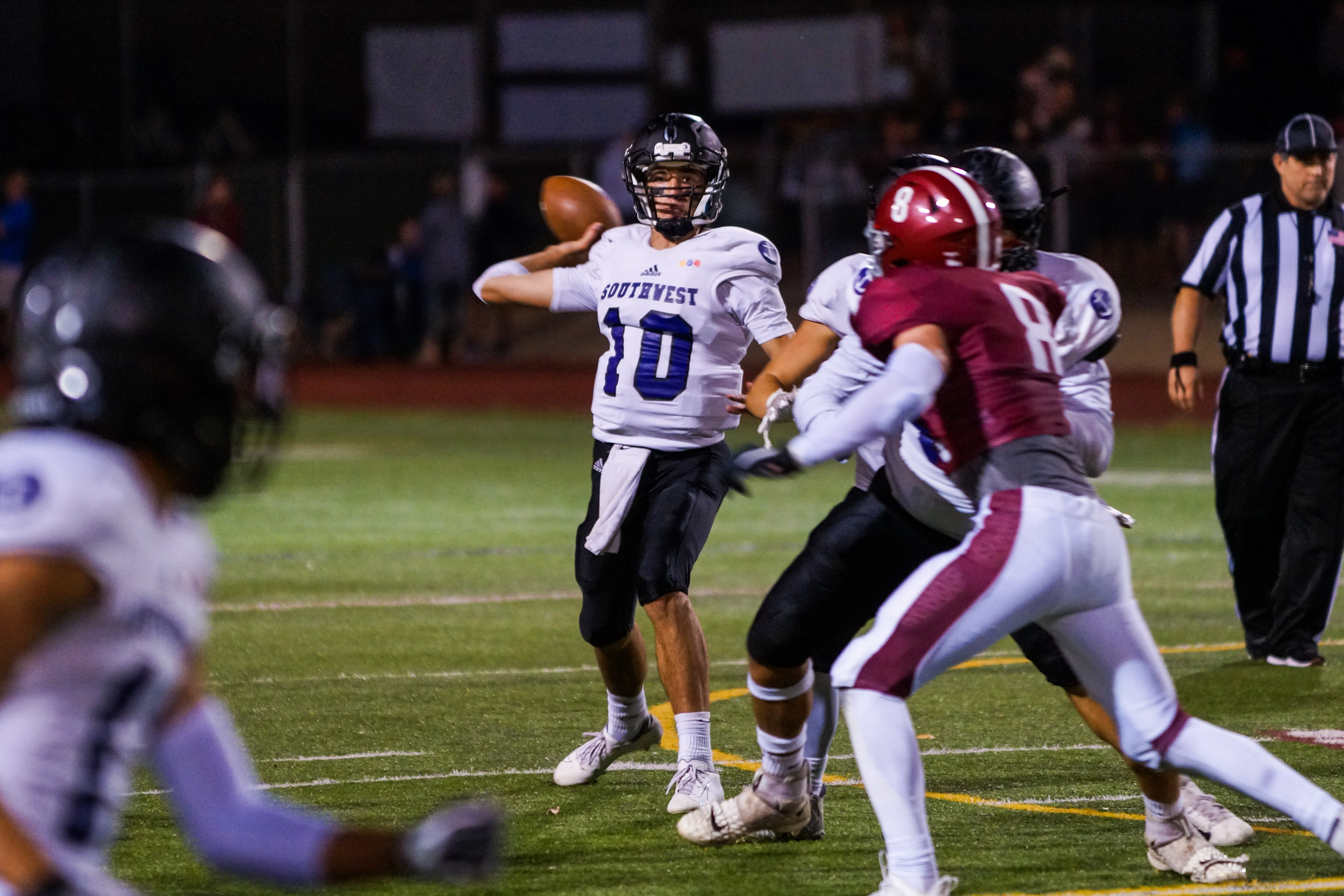 Southwest Minneapolis senior Preston Engen had not played a down of high school football as he headed into his junior season less than 14 months ago.

On Friday, his touchdown pass to teammate Andrew Gregerson in overtime helped the Lakers (3-0, 1-0) win a wild 36-35 game at subdivision opponent Richfield.

Engen was already off to a fast start this fall, compiling six touchdown passes in two games before Friday night. And in a wild game, the senior added four more touchdown passes and threw for more than 200 yards in the overtime win.

And he had little experience playing the sport before his junior year. 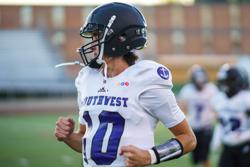 Engen played one year of recreational football in eighth grade for fun, but he did not continue as a high school student. However, unexpected free time helped get him back into the swing of playing football. And having friends on the team did not hurt, either.

“Over quarantine, I just went to the field every day, bought a ball from Target, and now we’re here,” said Engen, who also plays basketball for the Lakers.

Engen has already passed for more touchdowns in three games this season than he did in six games last fall. But last year’s team featured a focus on the ground game with talented running back Nick Flaskamp rushing for more than 1,000 yards in a shortened season.

Flaskamp has since graduated and is now playing football at North Dakota State University. And head coach Josh Zoucha said the offense has become more balanced to match where the talent is on the roster.

“He knows the offense goes around him, and he’s got to distribute to all these mouths to feed,” Zoucha said about Engen. “The thing that is great is they are all best friends. So when they leave here they go hang out and they are talking football.”

Engen has heard from plenty of Division-III colleges in the region with interest in him playing quarterback. Not bad, considering his first start at quarterback was less than 12 months ago.

“I never thought I would be playing football, period,” Engen said. “So all of this is really overwhelming, but it is definitely the best decision I ever made.”

While Minneapolis Southwest pulled off the close victory Friday, Richfield’s offense did not quit when it trailed 29-7 at halftime on Friday.

Quarterback Mitchell January, who was named to the Star Tribune’s All-metro second team last year as a wide receiver, helped lead the Spartans back with 22 unanswered points in the second half to tie the game. January finished the day with two passing touchdowns, two rushing touchdowns and more than 300 yards passing.

Head coach Kris Pulford told his team not to get too down after just one play, a blocked extra point, was the difference in Friday's loss. 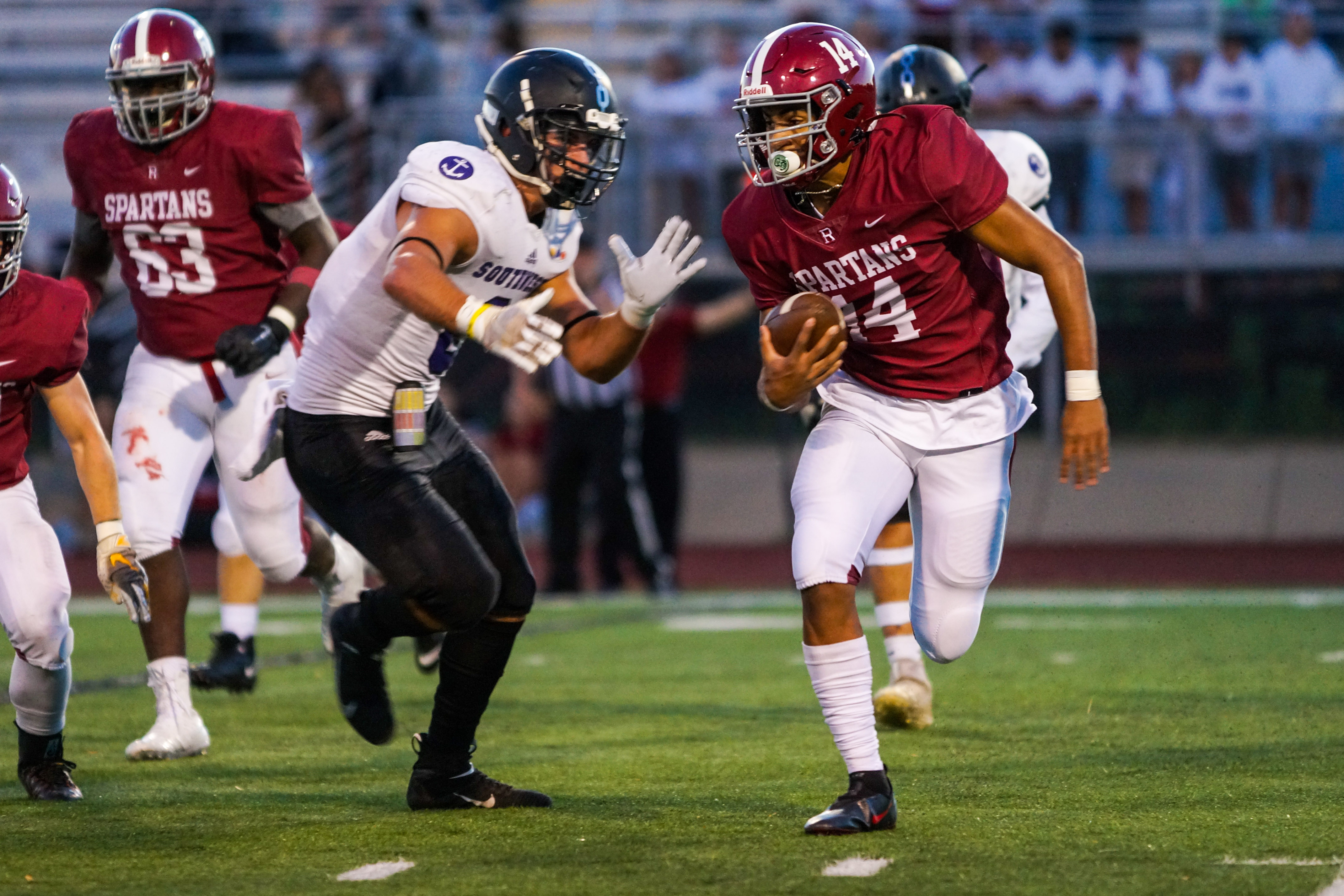 Mitchell January (14) threw for one touchdown and ran in two, plus rushed for a 2-point conversion against the visiting Lakers. Richfield fell short on a blocked extra point in overtime. Photo by Korey McDermott, SportsEngine

The Lakers (3-0, 1-0) appeared to hold control of the game as they headed to halftime with a 29-7 lead thanks to three passing touchdowns from quarterback Preston Engen and one rushing score from running back Graham Knapp.

But the Spartans (1-2, 0-1) stormed back in the second half, scoring 22 unanswered points on two rushing touchdowns and another through the air from quarterback Mitchell January.

With the Lakers getting the ball first in overtime, Engen found receiver Andrew Gregerson for a touchdown and seven points. The Spartans responded with a fourth-down touchdown pass from January to Kaleb Olson. However, the Lakers blocked the following extra point kick to finish off the win. 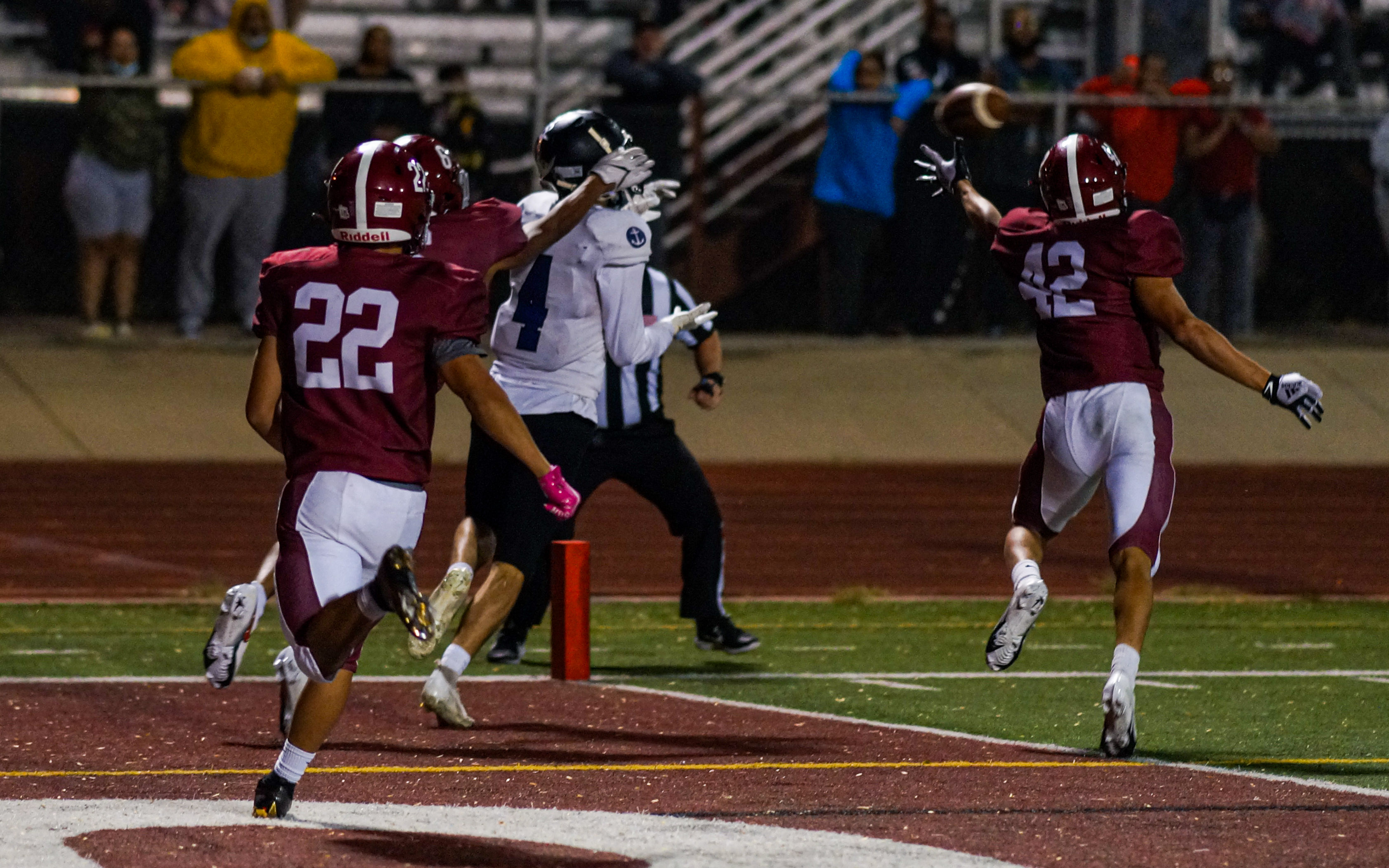 Minneapolis Southwest's Andrew Gregerson (4) hauls in an overtime touchdown surrounded by Richfield defenders. The Lakers made the extra point, which turned out to be the deciding point Friday night. Photo by Korey McDermott, SportsEngine