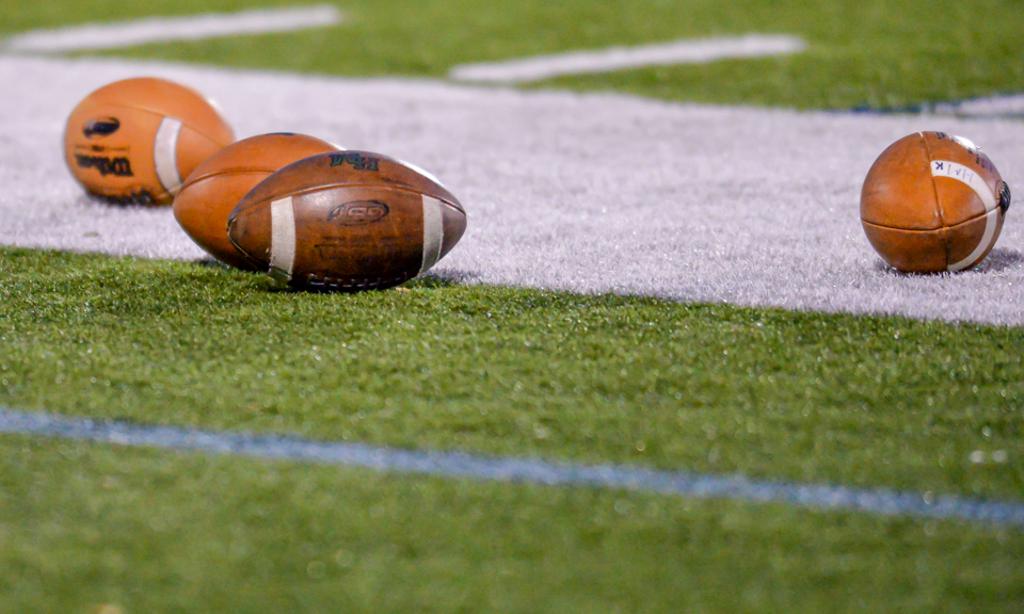 Chaska, ranked No. 8 in Class 5A, outlasted Chanhassen for a 6-2 victory on Friday at Chanhassen.
The Hawks were leading 6-0 when they stopped the Storm on fourth-and-1 at the Hawks 29-yard line with 2:35 remaining.
The Storm held Chaska on downs to force a punt with 40 seconds remaining, and the Storm got a safety when the snap went through the end zone.
After the ensuing free kick, the Storm drove to a first down at the Hawks 32 before time ran out.
Jack Boyle’s 1-yard touchdown run in the second quarter gave the Hawks a 6-0 lead. Boyle, a senior, rushed for 251 yards in 23 carries and scored four touchdowns in Chaska’s 33-12 season-opening victory over Bloomington Jefferson.
Eden Prairie 37, Farmington 29: Nick Fazi threw three touchdown passes to lead the Eagles, ranked No. 1 in Class 6A, past the host Tigers. Fazi threw touchdown passes of 28 and 24 in the fourth quarter to give the Eagles a 37-13 lead.
Hutchinson 34, Willmar 14: Levi Teetzel rushed for three touchdowns and the host Tigers, ranked No. 1 in Class 4A, pulled away from the Cardinals, ranked No. 9 in Class 4A, in the second half. The teams were tied 14-14 at halftime. During a pregame ceremony honoring veterans and first responders, a Hutchinson athletic trainer helped an individual having a medical emergency.
Mahtomedi 23, Cretin-Derham Hall 20: The host Zephyrs, ranked No. 7 in Class 5A, held the Raiders scoreless in the second half and rallied for the victory. The Raiders scored 20 points in the second quarter to take a 20-7 lead. The Zephyrs got within 20-14 at halftime.
Minnetonka 28, Blaine 3: The host Skippers scored two touchdowns in a 13-second span in the third quarter to pull away from the Bengals. The Skippers, who led 14-3 at halftime, took a 20-3 lead on Joseph Gendreau’s 8-yard touchdown run. The touchdown was set up when Andrew McCalla blocked a Blaine punt. Following the kickoff, the Skippers’ Evan Swenson returned an interception 25 yards for a touchdown. It was Swenson’s second interception of the game. Blaine drove to the Skippers 6-yard line late in the first half, but Swenson’s interception stopped the drive. Gendreau also made a 51-yard touchdown reception.
Minneapolis South 35, Minneapolis Roosevelt 0: Tony Paredes rushed for 66 yards and a touchdown and Jaquill White rushed for 61 yards and two touchdowns to lead the Tigers past the host Teddies.
Minneapolis Southwest 37, St. Paul Highland Park 12: Preston Engen passed for 201 yards and three touchdowns to pace the Lakers past the host Scots. Engen, who completed 14 of 19 passes, threw TD passes of 45, 28 and 5 yards. The Lakers defense scored on an interception return by Ade Batz-Rogers and a fumble return by Ke’Andre Brown.
Simley 12, Hill-Murray 0: Gavin Nelson ran for two touchdowns in the second half to help the host Spartans hold off the Pioneers. Nelson finished with 90 yards rushing and teammate Landin DuVal contributed 106 rushing yards as the Spartans outgained the Pioneers 299-133.
Wayzata 23, Champlin Park 0: Ryan Harvey threw three touchdown passes and the Trojans defense recorded its second shutout of the season in the victory over the host Rebels. The Trojans, ranked No. 4 in the Metro Top 10, opened the season with a 42-0 victory over Roseville. The Trojans’ first two drives of the night ended with touchdowns.
JOEL RIPPEL