Shakopee rolls to victory over Prior Lake

String of seven consecutive losses to the Lakers hits an end 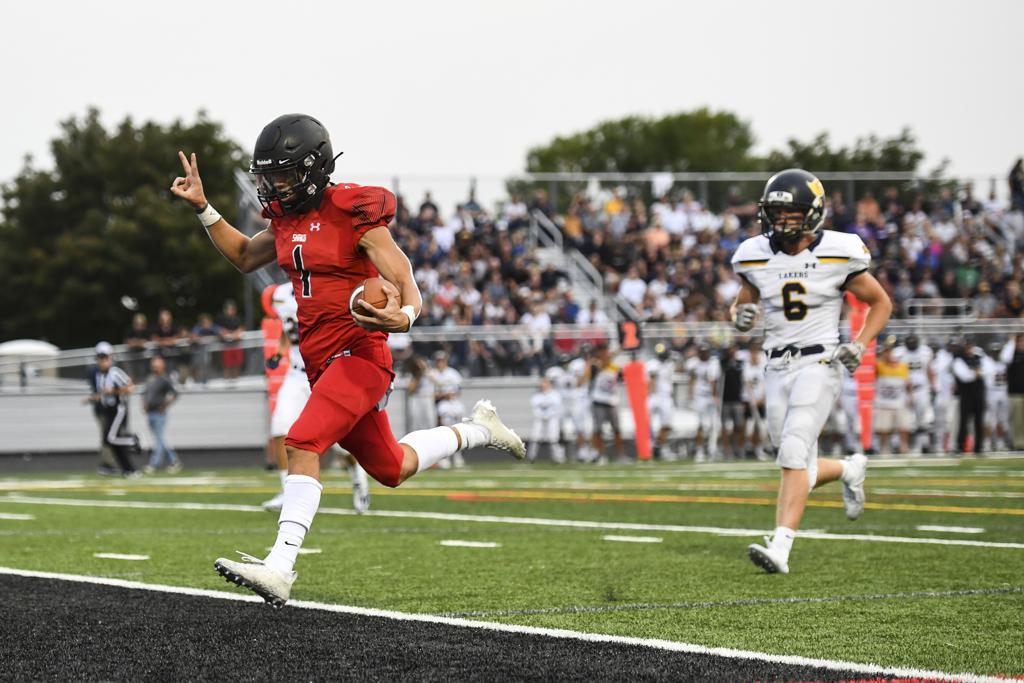 “When I was little, we used to kick their butts all the time,” Hellerud said. “I would play up a grade and we’d win. I’d watch my friends in my grade, and they’d win.”

Now a junior captain, Hellerud implored his teammates to make Friday’s game feel like old times. The Sabers hit the field ready, started fast and muscled their way to a 49-27 home victory.

Junior quarterback Dominic Jackson concluded each of the first two touchdown drives, the first on a 22-yard run and the second with a 16-yard touchdown pass to Nicholas Katona. The great touch Jackson put on his scoring pass led to his first completion of the season in the Sabers' run-heavy option offense.

“They played fast and physical,” Gegenheimer said. “I was extremely impressed with the speed of their offense.”

Prior Lake’s offense, which started the game with two punts and a turnover on downs, came alive. A 73-yard pass took the Lakers (1-1) to the Sabers 2-yard line. Ryan Horejsi finished the drive with a short scoring run and cut Prior Lake’s deficit to 14-7.

Overcoming adversity on its ensuing drive, Shakopee (2-0) temporarily lost Jackson to an apparent ankle injury but kept moving the ball with Hellerud and Chandler Ross Jr. Elijah Sandridge scored and the Sabers led 21-7 with just 22.6 seconds remaining in the half.

Plenty of time for another Shakopee touchdown, as it turned out.

Aaron Lee caught a tipped ball on Prior Lake’s opening pass attempt and ran 45 yards for a 28-7 advantage 4.4 seconds before halftime.

Gegenheimer lamented what he called a “backbreaker,” just as his defense was starting to adjust to Shakopee’s offense.

“We came out pounding,” Koivisto said.

They never relented. In the fourth quarter, they drove 73 yards for a touchdown and a commanding 42-21 lead. Hellerud, who scored the touchdown, finished the night with more than 200 yards rushing.

“It was probably the best feeling in football you can have,” Koivisto said of the signature drive. “We ran the same plays, our bread-and-butter plays, every time and they just couldn’t stop us.”