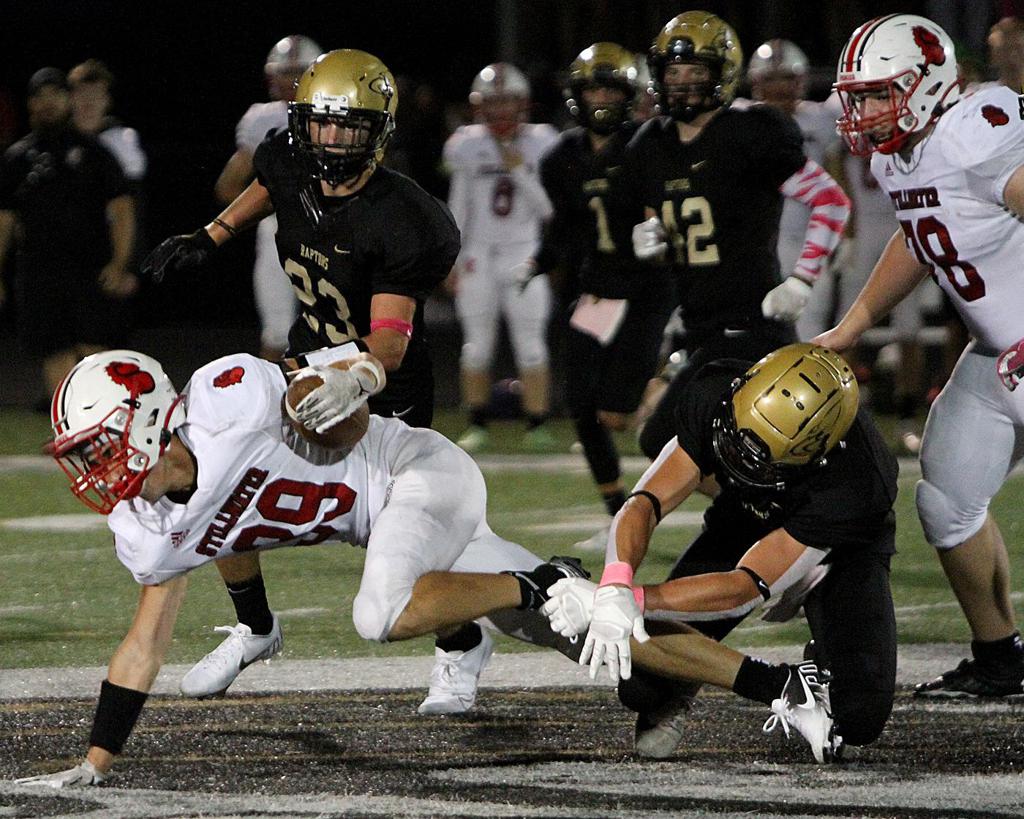 The Stillwater offense scored 17 more points on Friday than it did in its game last week, but the Ponies talked just as much about what they can improve after a 26-14 victory at East Ridge.

A week after winning a 7-0 game against Centennial, Stillwater (2-0) came through with three touchdowns and a field goal in a 12-point win.

“We just couldn’t finish the touchdowns last week,” said senior running back Edward O’Keefe, who rushed for two second-half touchdowns. “We wanted it more this week.” 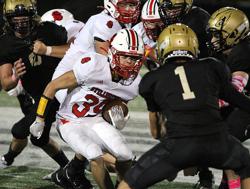 The Ponies moved the ball through the air and on the ground in Friday's win.

Junior quarterback Max Shikenjanski passed for 161 yards, 145 of them in the first half, and O’Keefe added 127 rushing yards to go along with his two rushing touchdowns.

While head coach Beau LaBore is happy with another win, he came away with some items to focus on in upcoming team practices. One area of focus might be penalties.

“We had two touchdowns that were taken off the scoreboard because of penalties,” LaBore said. “We beat ourselves in a lot of ways tonight, but we knew it was going to be a grind. They have a lot of talent and a lot of size and speed on their defense.”

While Stillwater’s work on the offense continues, the Ponies’ defense has come through in some key spots. The defense scored a safety in the fourth quarter while East Ridge trailed by just three points, and turnovers on a fumble and an interception in the game helped stop drives.

All of that came a week after a shutout victory.

“Really, our defense gave up two plays, and otherwise did a pretty good job getting us off the field,” LaBore said. “They scored on the safety, and that is two nice weeks back-to-back.”

Stillwater’s wins have come against familiar opponents. East Ridge and Centennial were the last two teams they played in the pandemic-shortened 2020 season. The Ponies defeated East Ridge 16-0 last season but fell to Centennial 27-14 in a section championship game nine days later.

And while this year's wins have felt good, they are hesitant to look too far ahead.

“Our guys can enjoy a couple of hard-fought wins, but we are a long way away from what we want to be,” LaBore said. “It’s going to take a ton of hard work to get there.” 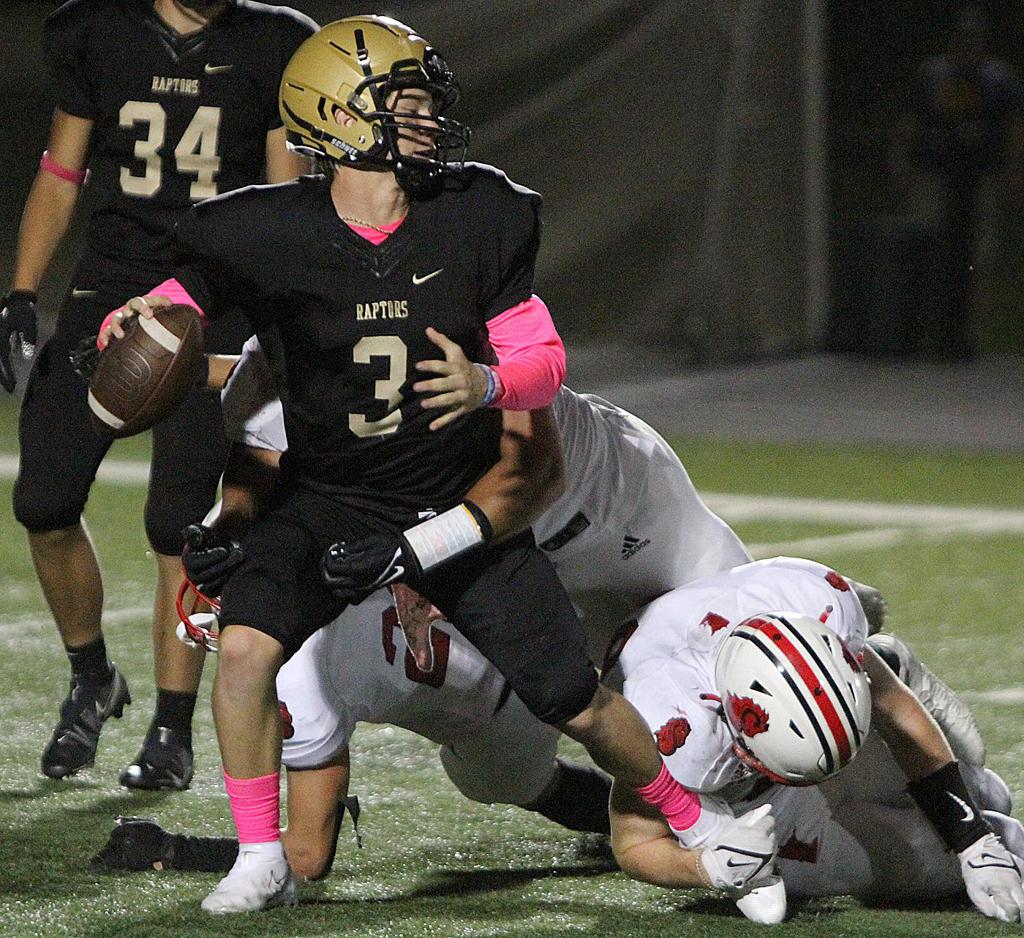 The Ponies (2-0) only managed one touchdown in a 7-0 win against Centennial last week, but Stillwater did much more in Friday’s road win. Running back Edward O'Keefe scored two second-half touchdowns as the Ponies maintained a lead throughout the second half.

East Ridge (0-2) struck first when Isaac Walker broke free for a 43-yard touchdown late in the first quarter. The Ponies responded with a 48-yard touchdown pass from Max Shikenjanski to Thomas Jacobs just one minute later. Stillwater led 10-7 at the half thanks to a Connor Parker field goal in the second quarter.

Jaelen Harper added a fourth-quarter rushing touchdown for East Ridge as it tried to keep pace with the Ponies offense. 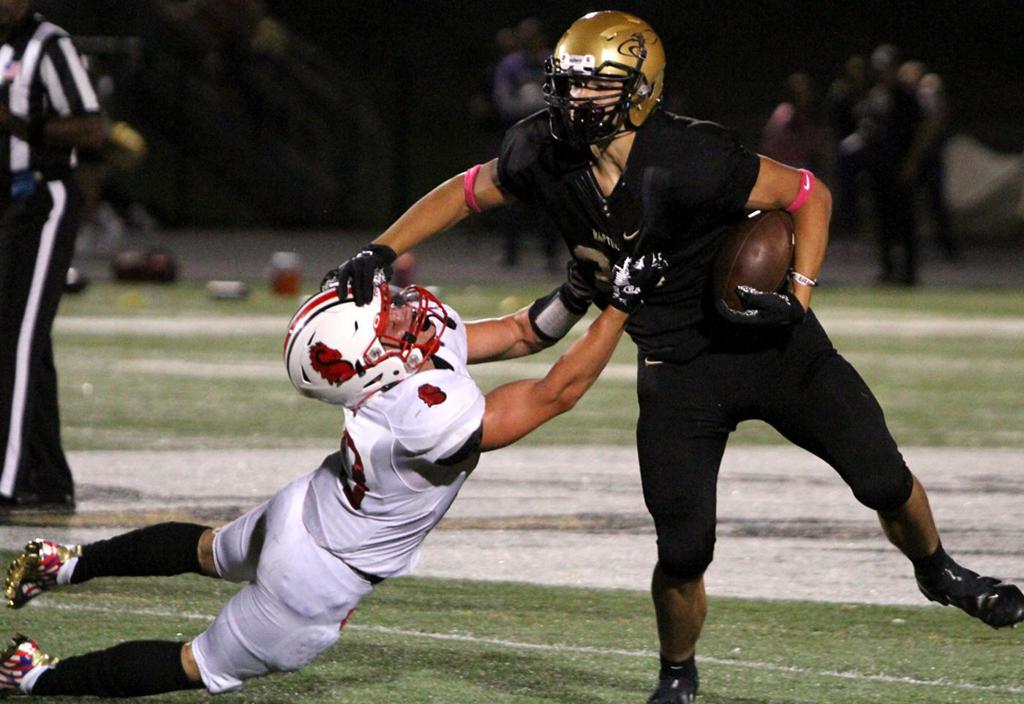 East Ridge senior running back sheds a tackle on a drive in the second half Friday night. Photo by Drew Herron, SportsEngine