Mistakes by the Raptors contributed to the large margin. 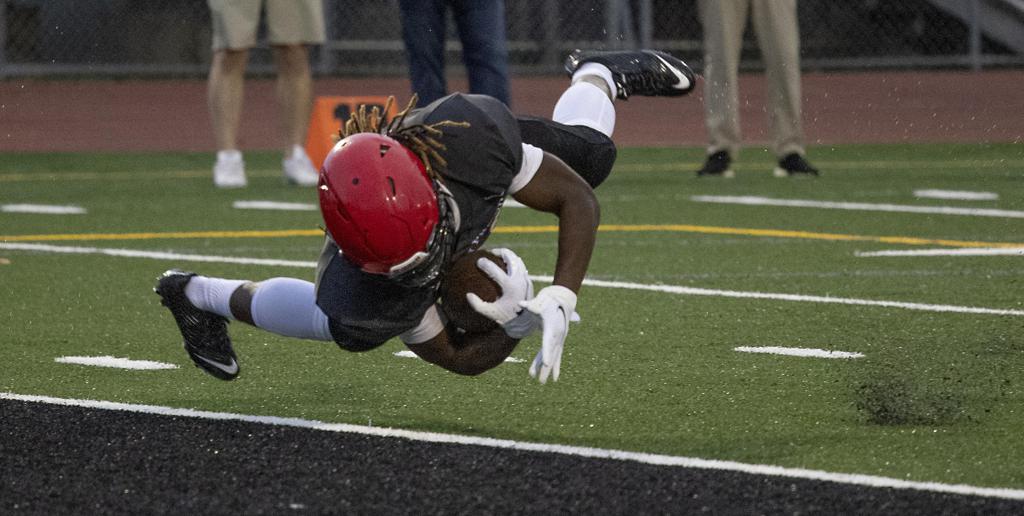 Truth is, nobody expected this.

The Eagles took the opening kickoff, drove 80 yards for a touchdown and a 6-0 lead, then thoroughly shut down visiting East Ridge’s offense en route to a 46-0 victory in Thursday’s season opener.

“We hadn’t seen any film on them, so we had no idea what they were going to do,” Grant said. “We were pretty unprepared. But I wouldn’t have predicted it would have gone like that.”

Going in, the two teams seemed remarkably similar in makeup. Both were strong on defense, and both had plenty of holes to fill on the offense.

As it turned out, it was one unit in particular — Eden Prairie’s defensive front — that controlled the game.

Coming hard, fast and relentlessly, the Eagles' defensive linemen harassed East Ridge sophomore quarterback Tanner Zolnosky all game. They sacked him seven times, twice forcing fumbles deep in his own end of the field, and intercepted a pass that Noah Ekness returned to the East Ridge 4-yard line.

With the Raptors' passing game neutralized, Eden Prairie turned its attention to stopping the run, which it did equally well. East Ridge was held to one first down until the closing minutes of the game, and that came on an encroachment penalty.

“We really shut down their pass game with the pressure we had,” said senior defensive end Luc Bouchard. “Our defensive line played great, and our linebackers supporting us when they ran really helped us out.”

Bouchard said that as the game went on, East Ridge’s failure to move the ball became motivation for the Eden Prairie defense.

“By the end,  we were talking about just suffocating them, not letting them get anywhere,” he said.

Junior Chiddi Obiazor, who racked up three sacks on his own, had a feeling the defensive line would play well.

“A week earlier we had a scrimmage where we didn’t do the best,” Obiazor said. “We knew we had to play a lot better.”

Grant gave credit to last season’s COVID restrictions for the success of his young offense.

“We started nine underclassmen on offense, but that COVID year helped us,” he said. “They got to practice with us as sophomores, they got to play a little bit, so it’s not quite the same as a normal year.”

Grant added that while he was pleased by what he saw from his team, there’s a long way to go.

“You’re never as good as you think you are and you’re never as bad,” he said. “East Ridge isn’t as bad as the score, but we’re not as good either.”