The Royals scored two touchdowns in the last 7:19, turning a shutout into a win. 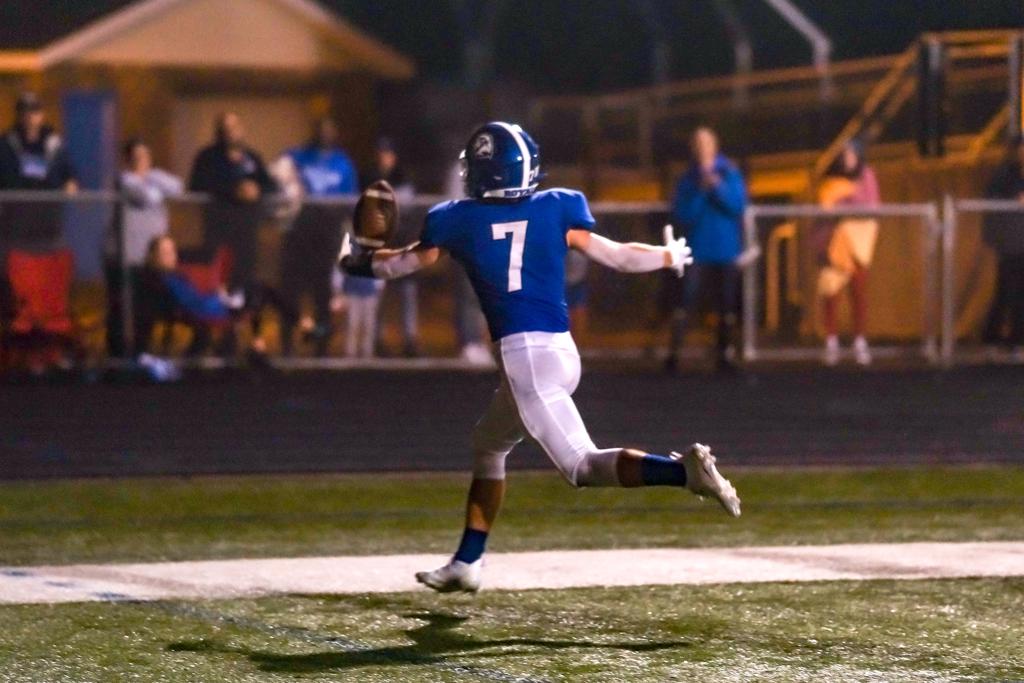 The first game of the season is often challenging for high school football teams working with new plays at game speed for the first time.

Woodbury's offense took it to the extreme in a 15-9 win Friday against visiting Champlin Park. The Royals had been shut out and trailed by nine points when they got the ball in the fourth quarter.

All of a sudden, the Woodbury offense turned into a machine. Running back RJ Altman scored on a 15-yard run to cut Champlin Park’s lead to two points with 7 minutes, 19 seconds remaining. On the next drive, Joe Mahoney made the game-winning reception, a one-handed grab with 37 seconds to play.

“I didn’t see it at first, but once I got my eyes on it I tried to secure it,” Mahoney said.

It was a surprise comeback victory for an offense that moved the ball at times but cost itself with negative plays at inopportune times. Sophomore quarterback George Bjellos completed 16 passes for 180 yards and the game-clinching touchdown.

Coach Andy Hill said it was important that the Royals (1-0) didn't make mistakes when it mattered most.

“I just thought our guys were resilient,” Hill said. “I knew that if we kept fighting, we would have a chance.”

Hill said the offense returned quite a few starters, including Altman and Mahoney, whose touchdowns made the difference Friday. Altman rushed for 67 yards, and Mahoney caught five passes for 48 yards.

“We’ve just got to keep getting better each week,” Hill said about the offense. “I’m glad to escape with a win, but we’ve got to build on this and we’ve got to finish drives.”

“I just was so proud of them in the first half when we had the ball in our territory three straight times,” Keenan said. “And we had five fourth-down stops. They played hard, we just didn’t execute down the stretch.”