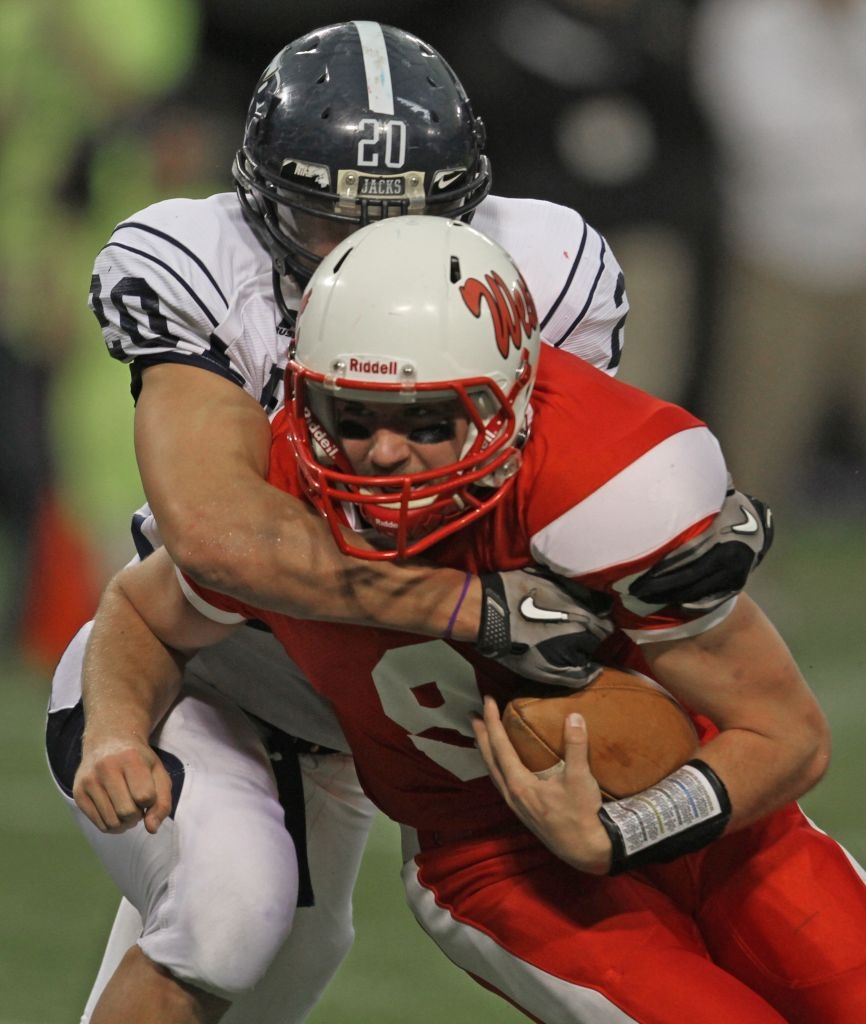 Mankato West quarterback Philip Nelson tried to escape the Bemidj defense during the Class 4A semifinals.

Philip Nelson would prefer not to be the featured attraction. When asked about his greatest strength, he simply describes himself as a team player.

But he's going to have to get used to the attention.

Nelson was named the Minnesota Associated Press Football Player of the Year on Tuesday, culminating a remarkable career as Mankato West's quarterback. He finished his senior season with 2,784 yards and 35 touchdowns passing in only 12 games, plus 1,243 yards and 20 more scores rushing for a team that averaged nearly 50 points per game.

"I'm the type of guy that likes to stay out of the spotlight. I'll admit it," Nelson said.

West coach Mark Esch has reminded him that he'll have to learn even more how to handle that as he moves forward. He's going to graduate early and enroll at the University of Minnesota in January.

"There was a lot of pressure on him this year," Esch said. "We had that No. 1 ranking all year. Everybody knew he was going to the Gophers, but he's such a humble and hard-working guy. Shoot, he was out there battling every game."

Nelson set the state career record with 135 total touchdowns. He helped lead the Scarlets to the Class 4A semifinals, where they lost to Bemidji and finished 11-1.