The Fridley-based school reached the Prep Bowl semifinals in its first year in Class 5A, where it will remain next year. 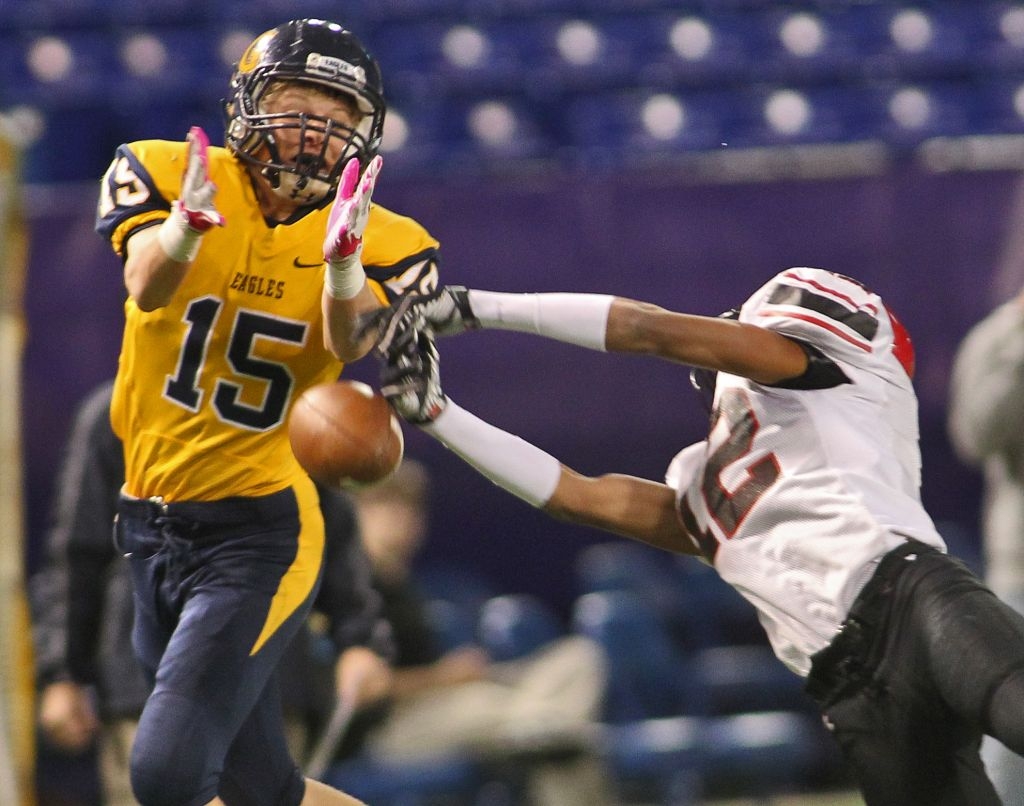 "They are pretty good, and they got after us big time," he said.

No one who watched the game would dispute Ferguson's viewpoint. And no one should argue his good feelings about the season. Winners of six of the past eight Class 4A state titles, Totino-Grace opted up to play the state's largest schools by enrollment.

Though bookend by convincing losses to Class 5A powers Minnetonka and Totino-Grace, the season held many positives. First and foremost, the Eagles reached the final four.

"This was an overachieving team," Ferguson said. "I still think this season was a heck of an accomplishment."

Next fall Totino-Grace moves its football team to the Northwest Suburban Conference for a two-season trial period.

The private school, located in Fridley, left the North Suburban Conference after two seasons of choosing to schedule additional nonconference opponents and becoming ineligible for a conference championship.

In addition, Elk River's football team returns to the Northwest Suburban Conference after two seasons in the Mississippi 8. The 12-team conference will be split into two divisions: North and West.

The overall football landscape also changes with the addition of a seventh class. The state's largest 32 schools will compete in 6A. Totino-Grace's enrollment placed the program in 4A but the Eagles will opt-up to 5A and compete against teams such as Mahtomedi and St. Thomas Academy -- programs the Eagles have dominated in 4A the past several seasons.

The award is given to "a player who works hard both on the court and in the classroom," one who "is always a good sport and unconditionally supportive of her teammates."

Dimke led the Bengals to the No. 1 seed in the Class 3A state tournament. They were upset in the quarterfinals by Hutchinson.