Learning from the past

Moose Lake-Willow River's 35-14 victory over Waterville-Elysian-Morristown in Friday's Class 2A semifinal can be traced to three key moments. 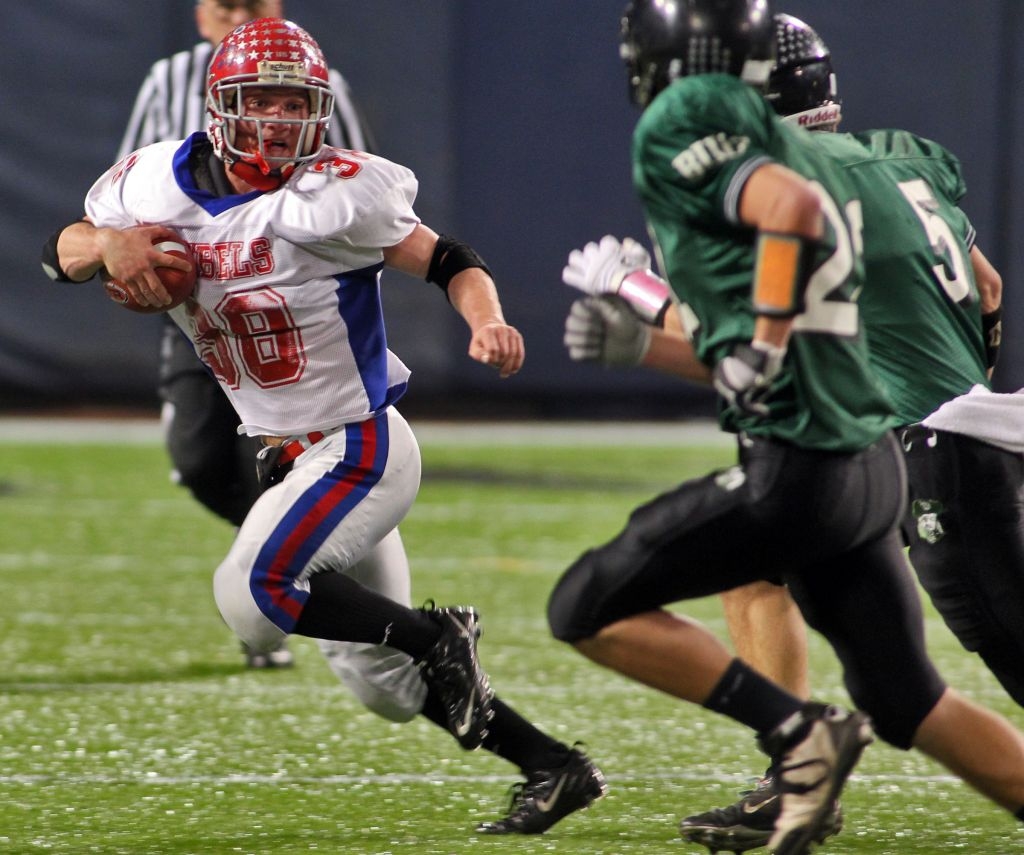 Moose Lake-Willow River's 35-14 victory over Waterville-Elysian-Morristown in Friday's Class 2A semifinal can be traced to three key moments.

Its origins, however, go back much further.

The game was a rematch of the 2009 championship game, won by Waterville.

That game was a point of emphasis in the Rebels' preparations, said coach Dave Louzek.

"We talked about that all week," Louzek said. "Last time we played them, they whipped us. That's a great team. We talked about staying competitive with them."

The Rebels have become a dominant program in the past half-dozen years on the strength of a relentless rushing attack. It didn't take them long to establish themselves. Just one play, in fact.

Junior Jake Disterhaupt took a handoff on the first play from scrimmage, veered left and outraced the Buccaneers defense to the end zone.

"That play isn't designed to be a big play," Disterhaupt said. "That really did a lot for our confidence."

The rest of the first half was an exercise in ball control as both teams put together sustained drives that ended without points.

Waterville managed to tie the score 7-7 on a 4-yard run by Brady Ayers, but it was how Moose Lake-Willow River responded that made the biggest splash in the game.

The Rebels went 70 yards in 15 plays, getting a 10-yard touchdown reception by Disterhaupt with four seconds left in half. Instead of a tie game, they took a 13-7 lead into halftime.

"The biggest thing about that was the time management of our guys," Louzek said. "They made the plays they had to make in a two-minute offense."

Moose Lake-Willow River (13-0) then took control of the game on the opening drive of the second half when Disterhaupt intercepted a pass to stop a promising Waterville drive.

With momentum squarely on their side, the Rebels went 93 yards in 13 plays. Disterhaupt scored again, this time from 7 yards out, and Moose Lake-Willow River was never threatened after that.