Running back Lance Liu guided the Cougars to a section championship with two rushing touchdowns before exiting in the second half due to injury. 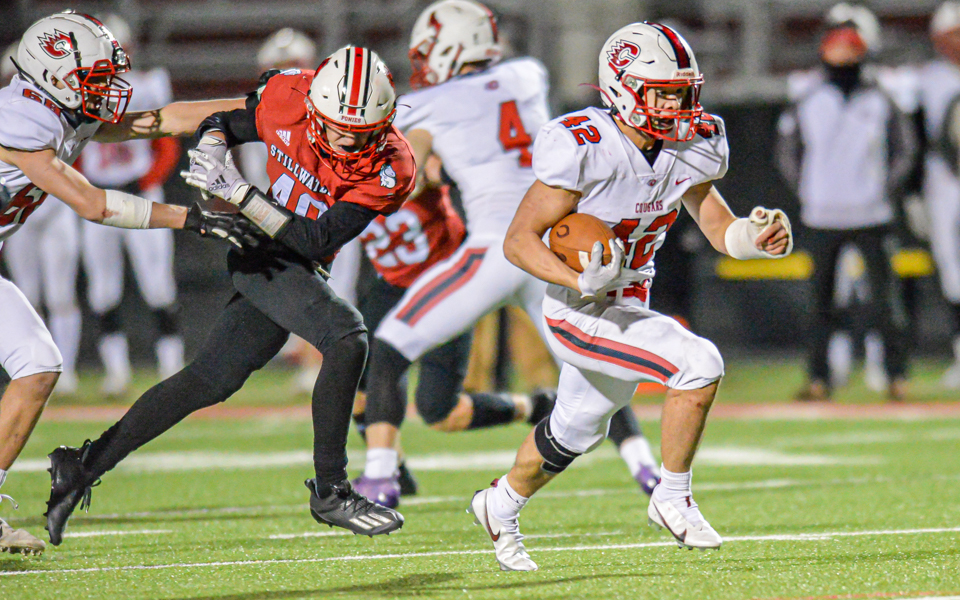 Centennial’s Lance Liu carries the ball 24 yards in the third quarter, giving the Cougars a 20-7 lead. Centennial went on to beat the Ponies 27-14 to win its Class 6A section championship. Photo by Earl J. Ebensteiner, SportsEngine 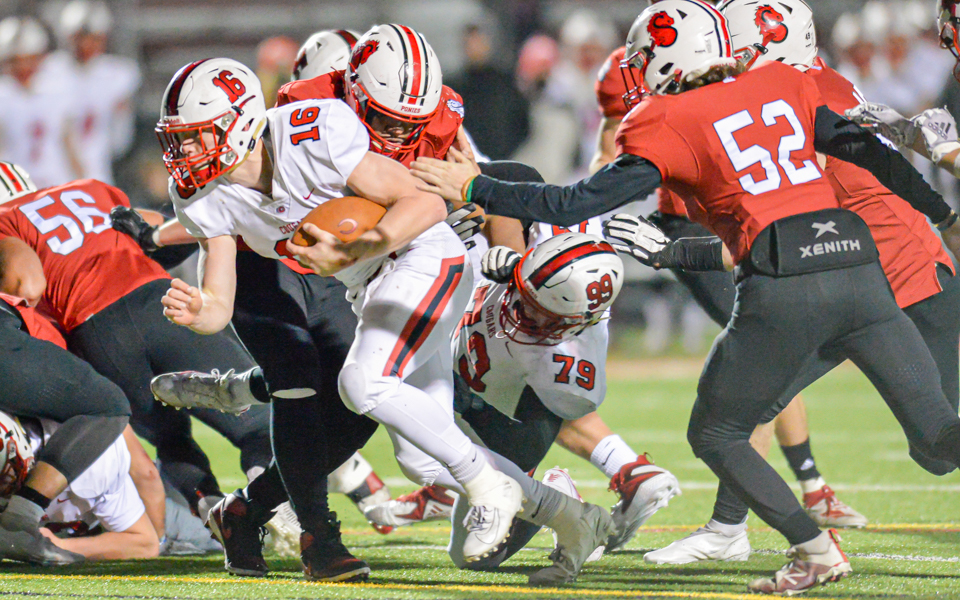 Add in a chance to win a section championship, and Centennial will have a final week of the season to remember.

The Cougars wrapped their season with a 27-14 victory over Stillwater in a Class 6A section championship game at Stillwater High School on Friday night.

With the way the postseason bracket was designed, with modifications orchestrated to account for the COVID-19 pandemic, Stillwater (4-3) ended up receiving a first-round bye. Centennial, meanwhile, needed a 36-14 win against Lakeville North on Tuesday to advance in the playoffs.

After the Lakeville North game which Cougars coach Mike Diggins called “hard-hitting,” the Cougars (4-4) elected to go with what they described as walk-through practices in the two days between games.

“Our practices, again, consisted of just walking through stuff,” Diggins said. “Kind of just mentally preparing and getting their bodies ready to go again.” 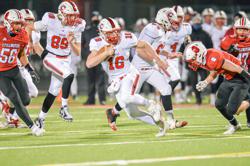 But once play began Friday, the short-rest week didn’t seem to matter. Centennial cruised to the 13-point win behind a dominant rushing attack. Running back Lance Liu led the offense, scoring two touchdowns and rushing for more than 200 yards.

Liu left the game with an ankle injury in the third quarter, but the Centennial offense continued to pick up rushing yards. Quarterback Elijah Ward scored a fourth-quarter touchdown which gave Centennial its largest lead of the night of 20 points.

Injuries didn’t do the Cougars any favors. Diggins said one of the team’s running backs, Riley Dougherty, was injured during warm-ups and not able to play.

Most years, a triumph this early in the postseason would mean another week of play in the Class 6A state tournament. However, with high school fall sports around the state ending at the end of Friday due to a new executive order from Governor Tim Walz, a section title will have to do.

“It is kind of a bummer that we didn’t get our full season, but ending it with a win was really good,” Liu said.

Teams needed to take COVID precautions seriously, with perhaps also a bit of luck, to last this long in the pandemic-shortened season.

Coronavirus protocols are not on the resume for high school coaches and educators in most years, but many like Diggins were forced to become leaders in the subject this fall.

As the stadium lights turned out on the last game of this unique season, Diggins gave credit to his players for their willingness to wear masks and stay smart.

“We had a couple of quarantines only,” Diggins said. “Our kids were really self-disciplined. We talked about that at the beginning of the year, the team that is going to go the farthest is the team that stays away from COVID.”

A dominant rushing attack led by running back Lance Liu helped Centennial capture a Class 6A Section championship with a 27-14 win against Stillwater on Friday night at Stillwater High School.

Before leaving the game with an injury in the second half, Liu rushed for two touchdowns for a Cougars team that led by as much as 20 points.

The Ponies (4-3) scored on their opening drive of the game with a 52-yard touchdown run by Joseph Krenz. But Stillwater did not score again until its final drive — a 16-yard touchdown catch by Erik Roettger.

Centennial's Chase Granzow tied the game at 7-7 with a TD reception in the first quarter, and quarterback Elijah Ward also ran for a fourth-quarter touchdown.

The Cougars (4-4) are de facto champions in a postseason that has been shortened due to the COVID-19 pandemic. Governor Tim Walz announced new COVID-related restrictions earlier this week, which go into effect at 11:59 p.m., effectively ending the 2020 season a week earlier than anticipated. 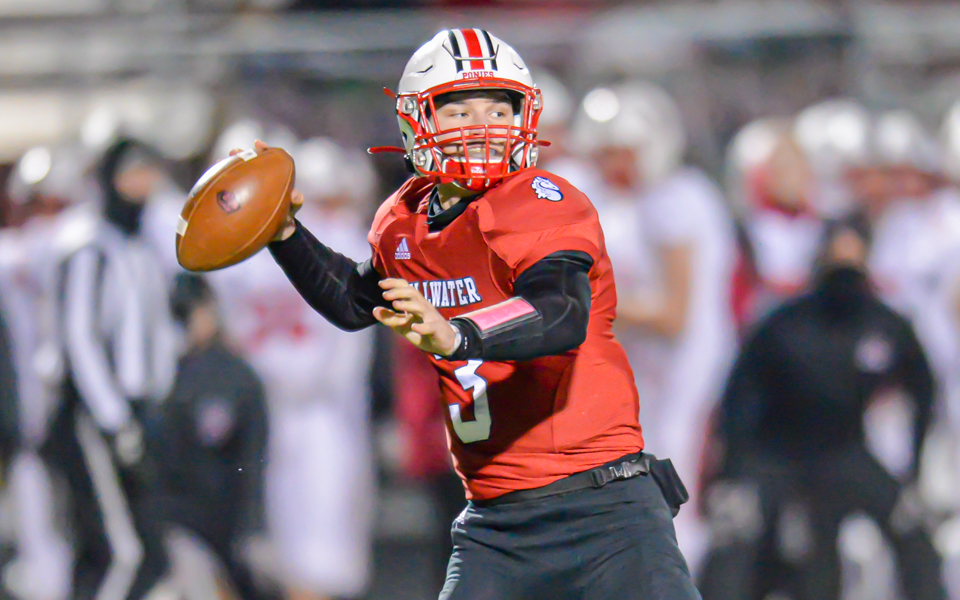 Stillwater quarterback Casey Venske looks deep for a receiver late in the fourth quarter. The Ponies lost to the Cougars 27-14 Friday night in a Class 6A section championship game. Photo by Earl J. Ebensteiner, SportsEngine