Running back Gaven Ziebarth scored all five of his team's touchdowns, his last with 47 second left, to lift the Bluejackets to a 34-27 victory. 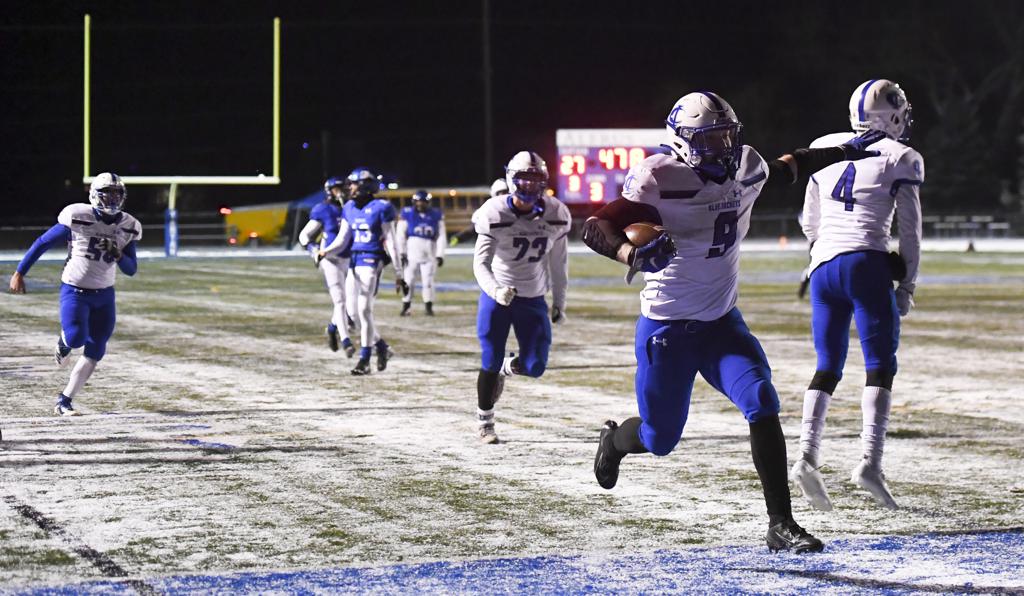 Cambridge-Isanti senior quarterback Connor Braaten scrambled to find a receiver on third down with less than a minute left in the game until locating running back Gaven Ziebarth.

Good plan. Already responsible for all four of the Bluejackets’ touchdowns, Ziebarth caught the pass and headed down field in search of a fifth.

“I looked to see who might be coming on defense and there was one guy at like the 3-yard line,” Braaten said. “I was like, ‘OK, this is going to be a touchdown now.’ ”

Both teams had lost their original opponents to COVID-19 concerns and met Thursday at Tartan for what is believed to be the first time.

After what transpired, an encore is in order.

Tartan, ranked No. 7 in Class 5A, went ahead three times in the first half – twice on senior quarterback Brandon Lockhart touchdown passes.

But Ziebarth drew visiting Cambridge-Isanti (2-4) even each time. The 6-foot, 215-pound back, who is committed to North Dakota, said Tartan’s defense “didn’t have any safeties back there. So I knew if I got past the second level that I’d be gone.”

His linemen made sure of it.

“Without them, I wouldn’t have been able to do what I was doing,” Ziebarth said.

Tartan coach Matt Diediker said, “They are a wing-T team and we had all of one day to prepare for them. Hats off to them, though. I told our kids that their record isn’t indicative of their talent.”

Ziebarth’s fourth touchdown run came in the fourth quarter and gave the Bluejackets their first lead at 26-20.

Tartan went ahead 27-26 on a 26-yard touchdown run from Jaylen Washington and Alex Bearth’s extra point with 6:36 left.

But it didn’t last.

“The kids did respond well,” Diediker said. “They played better tonight in some respects than they did the previous two weeks.”

“I don’t think we’ve had as much fun as we should because of our record,” Ziebarth said. “But this game was the most fun I’ve had in a while.”

Ziebarth’s fifth touchdown of the game, scored with 47 seconds left, put the Bluejackets ahead for good. He caught a pass from quarterback Connor Braaten and completed a 30-yard touchdown, then successfully converted a two-point attempt.

Tartan, ranked No. 7 in Class 5A, got a fourth quarter touchdown run from Jaylen Washington and the extra point from Alex Bearth to grab the lead 27-26. But the Titans (5-1) couldn’t close out the Bluejackets (2-4).

The two teams played after both had lost their original opponents to COVID-19 concerns.