An interception, a defensive stand on fourth down and a break on special teams helped the Titans to three first-quarter scores en route to a 24-7 victory. 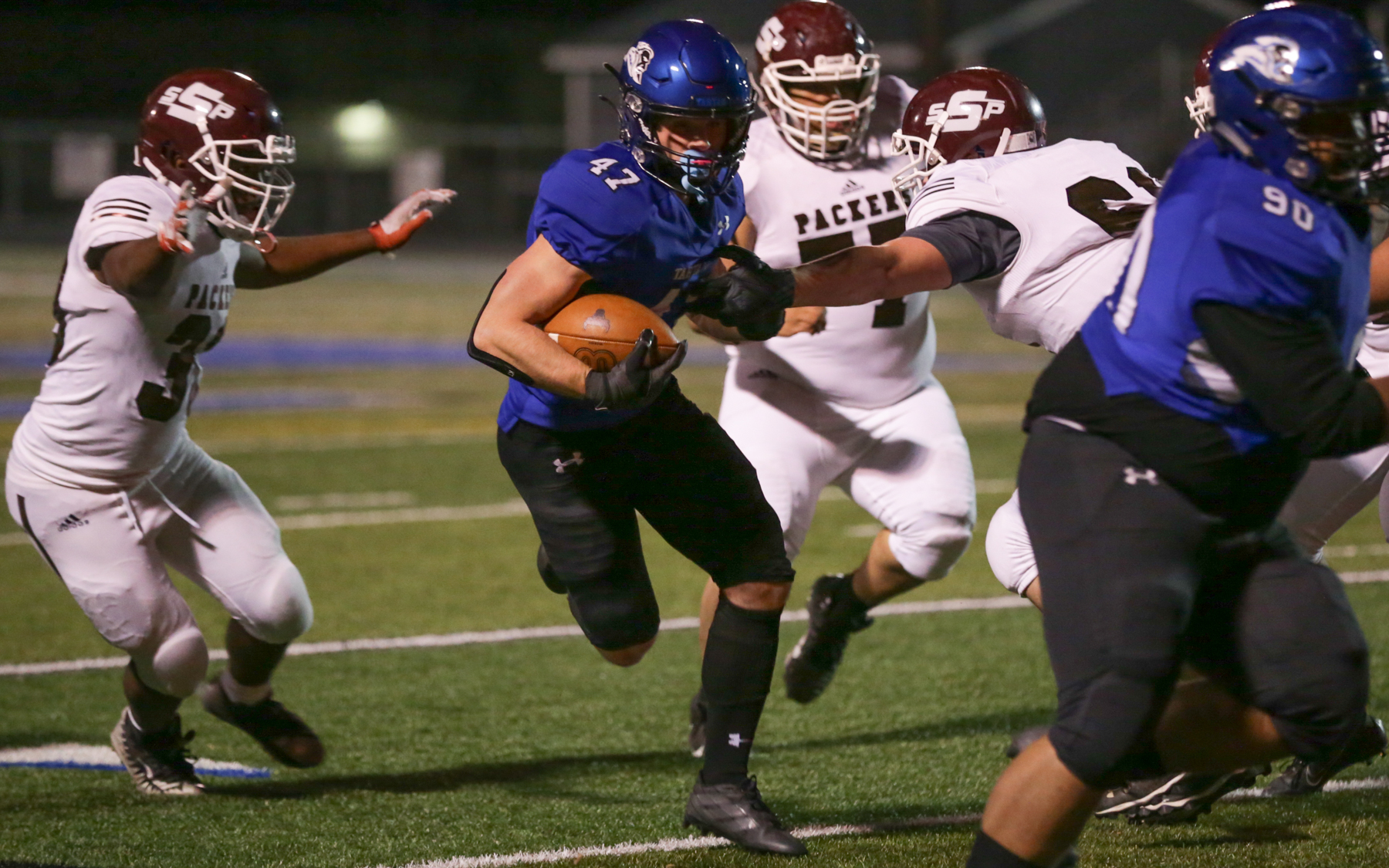 Questions about the continued vitality of Tartan’s resurgent football program began in July, when standout receiver/defensive back Dorian Singer transferred to an Arizona high school.

But the Titans, who made their state tournament debut in 2018 and went undefeated in the regular season last fall, are upholding their standard. A 24-7 defeat of visiting South St. Paul gave Tartan its 22nd victory in 26 games.

“We’re trying to build a reputation for our program and maintain what we do every year,” junior running back Jaylon Washington said. “Dorian was a big part of our team, but when he left, we knew we had to face that adversity and move on.”

Washington and his team enjoyed a fast start Friday. A Jacob Schwinghammer interception, a defensive stand on fourth down and a break on special teams created short fields on three consecutive possessions in the first quarter. Washington’s 21-yard touchdown run on fourth down put Tartan (5-0, Class 5A) ahead 14-0.

Then undermanned South St. Paul (2-3, Class 4A) tightened up defensively. First, the Packers held Tartan to a field goal and fell behind 17-0 instead of by three touchdowns. Trailing 24-0 in the third quarter, South St. Paul intercepted a pass attempt inside its 10-yard line to prevent a blowout.

Not bad for a defensive unit that included a linebacking corps of a sophomore and two players who coach Chad Sexuaer said were inserted into the lineup just this week.

“I have never lived anything even remotely close to this,” Sexauer said of his team’s rash of injuries.

South St. Paul running back Matthew Lee scored a late touchdown after an errant Tartan punt snap gave the Packers the ball only three yards from the end zone.

“We knew South St. Paul would find ways to make things difficult for us,” Tartan coach Matt Diediker said. “And in a lot of ways, we made things more difficult for ourselves.”

Diediker called it a “hollow” victory, another sign of Tartan’s renewed standard.

“We talked to the kids about fine-tuning,” Diediker said. “But our kids know, and that’s comforting. Even when we win a game, we are still talking about what we can fix.” 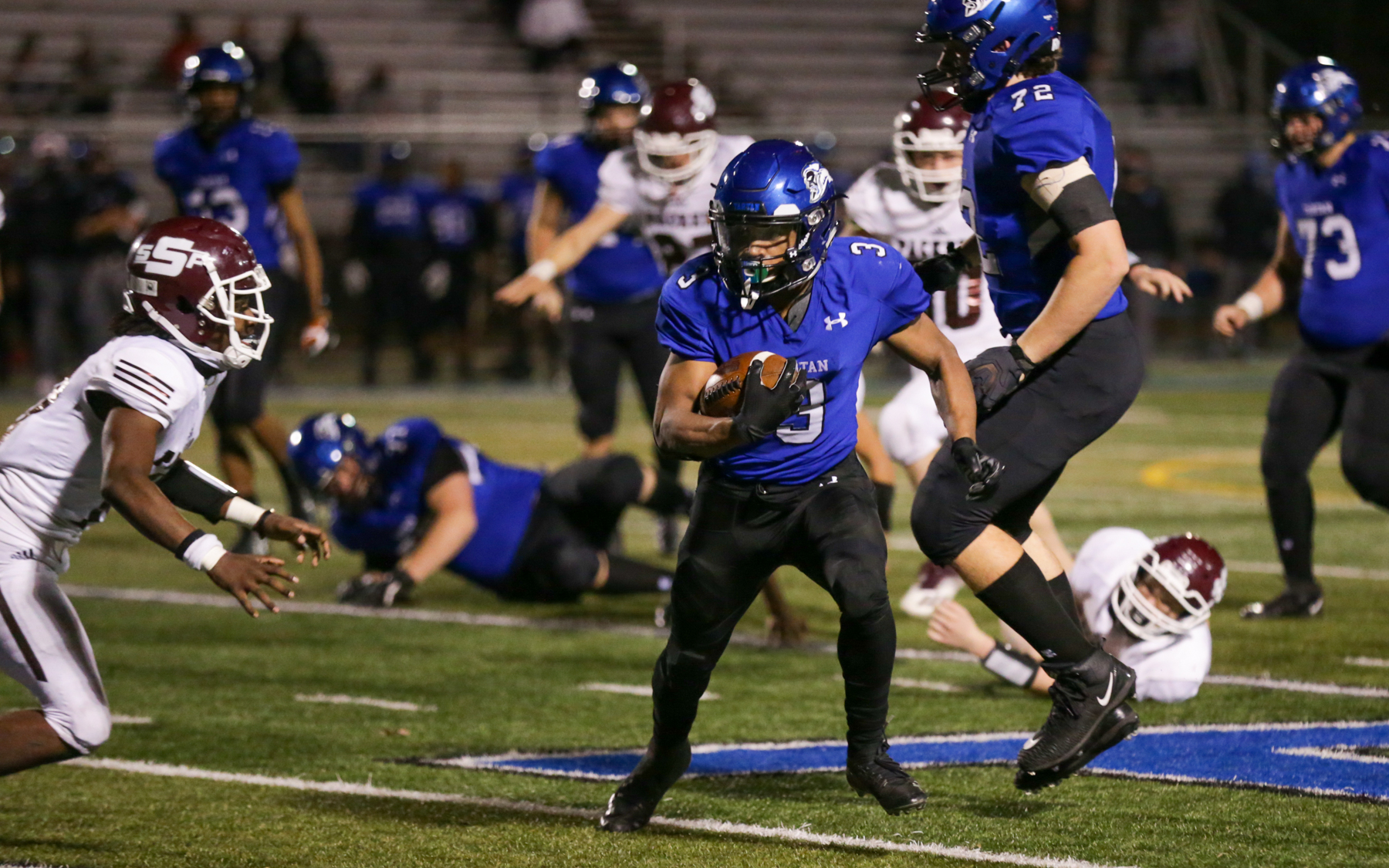 Tartan’s Jaylon Washington (3) cuts toward the sideline on a run against South St. Paul. The Titans stayed undefeated on the season with a 24-7 victory over the Packers in Oakdale. Photo by Jeff Lawler, SportsEngine

The Titans’ victory, their 22nd in 26 games, started fast. They led 17-0 after the first quarter.

A Jacob Schwinghammer interception, a defensive stand on fourth down and a break on special teams created short fields on three consecutive Tartan possessions in the first quarter. 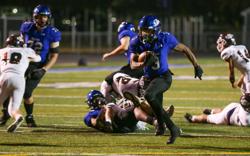 The Titans (5-0, Class 5A) produced touchdown drives of 15 and 29 yards, capped by scoring runs from Tony Kuehn (one yard) and Jaylon Washington (21 yards).

Then an errant South St. Paul (2-3, Class 4A) punt snap gave Tartan first down from the Packers’ 8-yard line. But the defense stiffened, and the Titans ended the drive with a 22-yard Alex Bearth field goal and a 17-0 lead.

South St. Paul managed its only touchdown in the fourth quarter. 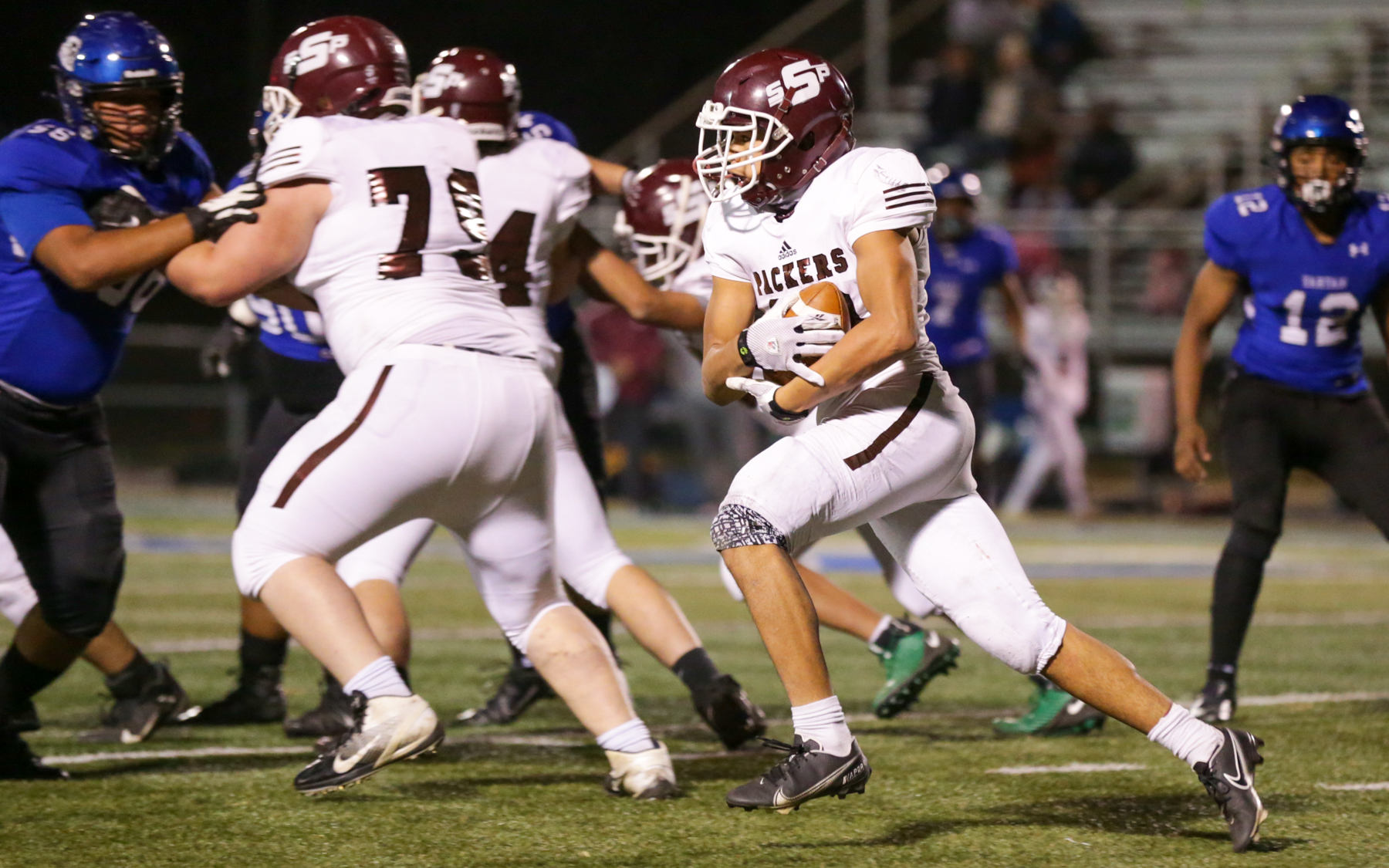 South St. Paul's Matthew Lee (12) follows his blockers on a second-quarter run against Tartan Friday night. The Packers fell to the Titans 24-7 in Oakdale. Photo by Jeff Lawler, SportsEngine