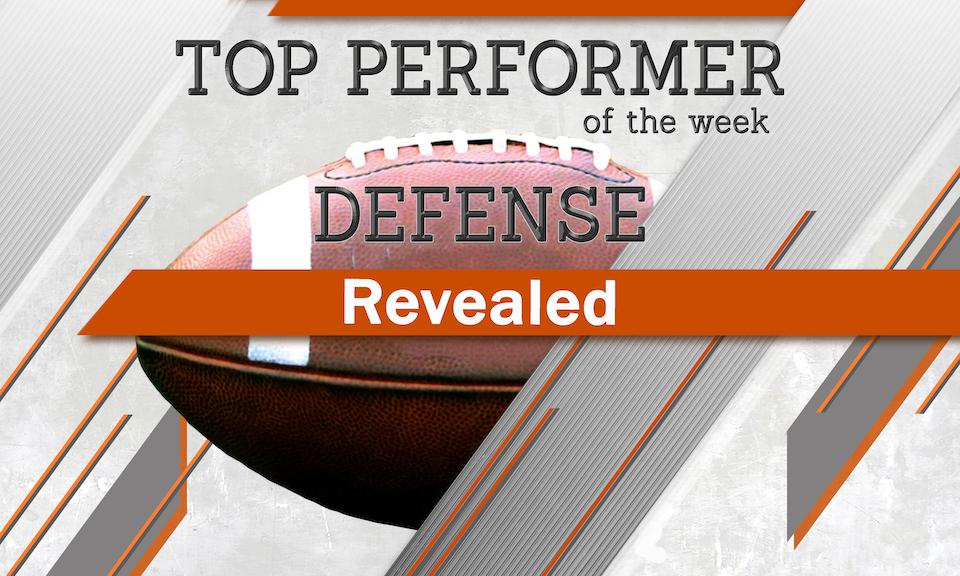 Joey Sorenson, Spring Lake Park. Sorenson and the Panthers effectively obstructed Irondale’s offensive effort in a 28-0 shutout on Oct. 16. The senior made 12 tackles and grabbed an interception to lead the Panthers’ defense.

Nyle Dickel, Minneapolis Washburn. Dickel outdid his impressive 15-tackle performance from the Millers’ season-opening win by making 17 tackles in their 37-0 triumph over Columbia Heights on Oct. 15. Two of those tackles were sacks and he also had a fumble recovery.

Ashton Fox, Rockford. The Rockets’ defense held Minnewaska to just one touchdown in a 20-6 win on Oct. 16. Fox produced a team-high 15 tackles, including a sack. The senior also forced two fumbles, recovered a fumble, and he had an interception.

DJ Myles, Champlin Park. The senior spearheaded Champlin Park's defense during a 14-7 victory at Osseo on Oct. 15, making 12 total tackles — including three for a loss (one sack) and 10 solo tackles. Myles also forced three forced fumbles, and was key on special teams as he blocked a punt which he recovered and returned for the Rebels' game-winning touchdown.

Joey Sorenson, Spring Lake Park. Sorenson and the Panthers effectively obstructed Irondale’s offensive effort in a 28-0 shutout on Oct. 16. The senior made 12 tackles and grabbed an interception to lead the Panthers’ defense.

Kollin Weikel, Andover. The senior made a team-high 10 solo tackles and 17 total tackles — including one for a loss — in the Huskies' 22-7 victory over Elk River on Oct. 15. Weikel has 30 total tackles in just two games played this season.

*Stats and records as of October 18