Both schools are shining on both sides of the ball. 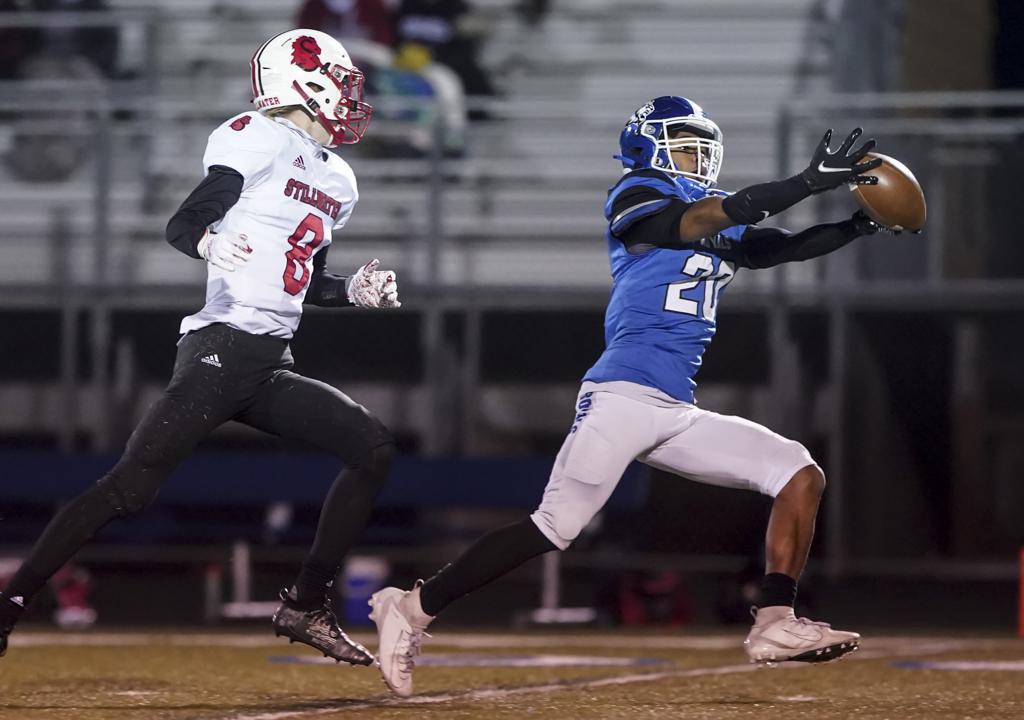 Woodbury's Thomas Rosengren reached to catch an interception in the second half, but a flag was thrown on the play (Renee Jones Schneider / Star Tribune)

Class 6A: What kind of team is Lakeville North? After putting up 55 points in the opener, the Panthers were blanked by an East Ridge defense that has allowed just seven points in two games. Speaking of East Ridge, the growing pains expected of the young Raptors have been unnoticeable.

Woodbury showed it’s for real, topping 40 points for the second straight week, walloping Stillwater 45-0. The same could be said for Prior Lake after thumping Edina 42-0.

Hard to overlook what Farmington is doing. The schedule might be favorable, but the Tigers are doing exactly what they should be, winning handily. They lead Class 6A in scoring with 117 points in two games.

Surprise undefeated: Simley is 2-0 after beating DeLaSalle and South St. Paul; Minneapolis South is 2-0 for the first time since 2015.

2. Eden Prairie (2-0): With Mike Grant, Bud’s son, as head coach, Eden Prairie was one of the few high schools where you might have caught Sid Hartman on the sideline.

3. Prior Lake (2-0): With 322 yards rushing in two games, senior running back Tyler Shaver has become one of the metro’s premier backs.

4. St. Michael-Albertville (2-0): The Knights have come up huge in back-to-back fourth quarters, outscoring their opponents 29-7.

5. Champlin Park (2-0): The Rebels have figured out how to win, this time leaning on a blocked punt return for a score to beat Osseo 14-7.

6. Woodbury (2-0): Complete dominance through two games, outscoring opponents by an average score of 47-5.

7. East Ridge (2-0): Its shutout of Lakeville North might have been the most impressive victory of the weekend.

Others worth watching: Lakeville North and Rosemount.