Our prep football experts offer their takes on this season’s first Friday night under the lights: 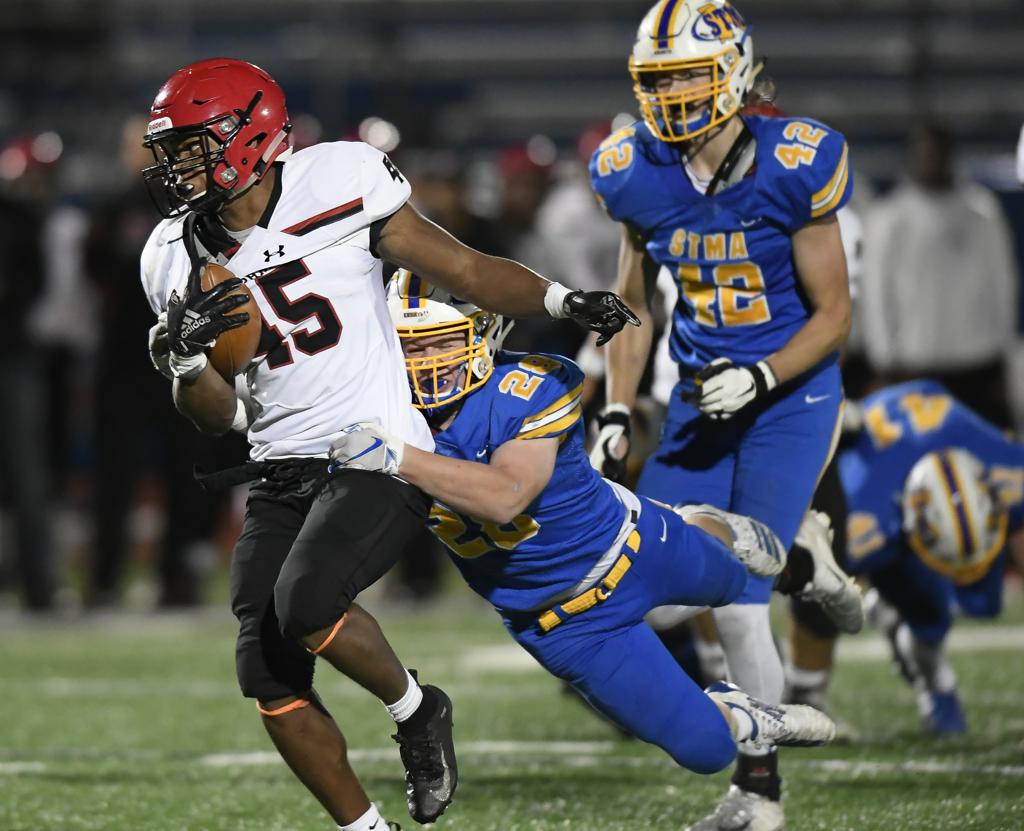 Eden Prairie's Justice Sullivan (45) is one of the leaders of an Eagles team coming off an unusual season last year that is unlikely to be repeated. Photo: Aaron Lavinsky, Star Tribune

Way before coronavirus precautions were a thing, Star Tribune high school reporters David La Vaque and Jim Paulsen observed social distancing via their weekly football picks. Jim chose correctly most weeks while David stayed at least 6 feet apart in the opposite direction. The duo offer their takes on this season’s first Friday night under the lights:

Jim says: Minnetonka can only go up this season after a disastrous 0-9 campaign in 2019. New coach Mark Esch has a winning background, with two state titles at Mankato East. But defeating Eden Prairie in your debut is a lot to ask. Eden Prairie 30, Minnetonka 14

David says: Piling on is a penalty, but it must be said that former Minnetonka coach Dave Nelson went 1-20 against Mike Grant’s Eagles. Someday soon, the Skippers will gain ground in this rivalry. But not Friday. Eden Prairie 21, Minnetonka 7

Jim says: It’s Jay Anderson’s first game as head coach, but he’s not new to the program, having been Eagles offensive coordinator for 18 years. He has talent in QB Kristoff Kowalskowski, OL Joe Alt, DB/WR Nick Hand and an explosive athlete in Deezwin Cooper. Totino-Grace 34, Blaine 19

David says: Blaine’s combination of inexperience and new coaching never meshed during a 3-7 campaign last fall. But there is good reason for optimism. Quarterback Tyler Schuster and receiver Will Frederickson will spearhead the turnaround. Blaine 28, Totino-Grace 21

Jim says: No more calling Elk River’s straight-T offense anything but what it is: a sound football scheme that uses precision and a bit of deception as an equalizer. But no team knows the Elks’ style better than archrival Rogers. The teams split last year, and Rogers has a lot of experience. Rogers 38, Elk River 33