Plus how the season will play out, new coaches, top players who've left, a hot prospect and how to watch games for free. 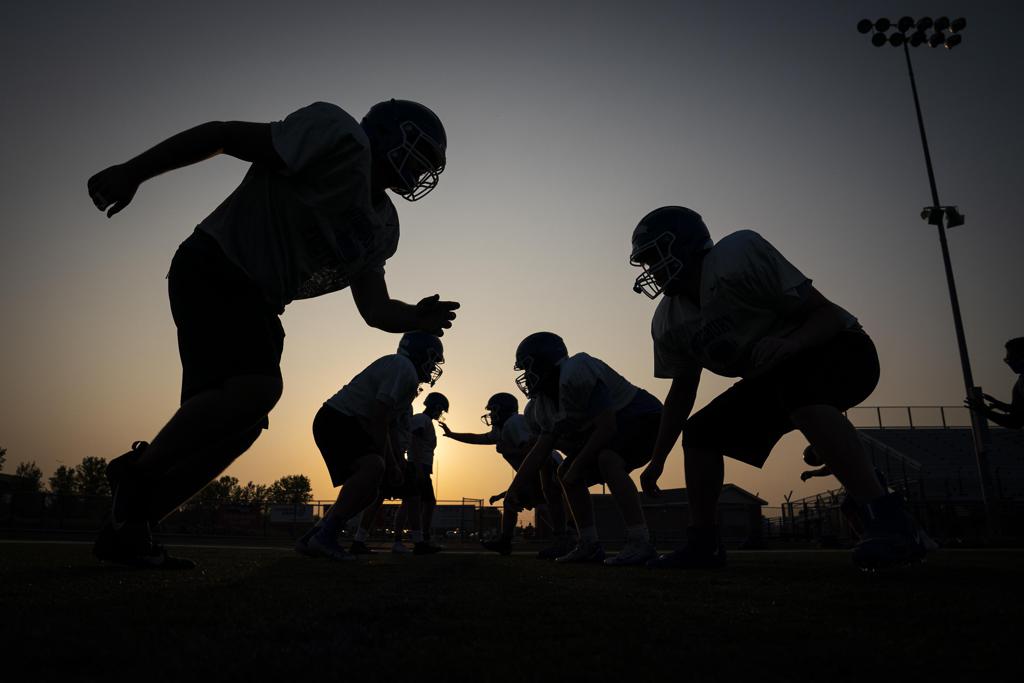 The 2020 high school football season is finally underway, but a number of Friday's games have been canceled by COVID-19 issues. Photo: Leila Navidi, Star Tribune

At least three more metro-area teams have canceled their season-opening football games Friday because of COVID-19 and will miss their second games as well.

Armstrong posted on Twitter Friday that its first two varsity and junior varsity games will be postponed due to compliance with COVID-19 guidelines. The varsity had been scheduled to play Friday at Spring Lake Park and host Hopkins next Thursday.

That news came after the season-opening football game Friday between Class 6A schools Rosemount and Lakeville North was canceled because members of the Rosemount team are in quarantine after COVID-19 cases were reported.

Rosemount is also expected to miss its scheduled game on Oct. 15 against Farmington.

A statement from the school district said more than one positive case had been reported but declined to say more. Varsity and junior varsity players and staff have been asked to quarantine through the end of Oct. 21, the statement said.

The quarantine move was made “out of an abundance of caution for our community,’’ the statement said, and in consultation with state emergency, public health and school district officials.

Lakeville North said in a statement that is exploring options for other opponents but said “nothing is currently scheduled.’’ Rosemount also is seeking to reschedule games.

On Wednesday, COVID-19 led to at least eight football games being canceled this weekend.

Players at St. Agnes, Kasson-Mantorville and Osakis have tested positive for COVID, resulting in quarantines of teammates and coaches that meant those teams were unable to practice or play this weekend.

As the Chisago Lakes situation shows, the shift to distance learning, required when local case numbers increase, sidelines all school activities including football. Among the other teams on hold for at least two weeks are Brainerd, Fairmont, Laporte, Montevideo and Waterville-Elysian-Morristown.

Affected beyond those teams are their opponents, in some cases scrambling in recent days to find another team to play. For instance, Mankato East will host Worthington on Saturday after both of their original opponents canceled for COVID reasons.

In this truncated season, teams will play six regular-season games, down from the usual eight. And they will play opponents in their section.

The regular season will conclude on Wednesday, Nov. 11.

The postseason will consist of a three-game section playoff. The first round of games will be Nov. 17.

New faces at the helm

Four top players from a year ago have left Minnesota.

Trevon Howard, a sophomore defensive back for the SMB Wolfpack, transferred after the season to IMG Academy in Florida. Dorian Singer, a Division I-level defensive back/wide receiver prospect from Tartan, transferred to Pinnacle (Ariz.). And running back Josh Buri and lineman Parker Theobald both left Stewartville after the Minnesota State High School League originally moved football to spring and enrolled at Brookings (S.D.) High School.

The prospect creating the most buzz in Minnesota is Cooper sophomore Jaxon Howard. The son of Hawks coach Willie Howard, the athletic 6-4, 225-pound tight end already has 39 Division I Power Five offers.

Can’t catch your favorite football team in person? That’s bad. Livestreams are available to get you close the action. That’s good. And free? Even better. Check out the offerings from Annandale, Bloomington, Chanhassen, Chaska, Eagan, Hastings, Holy Family, Maple Grove, Moorhead, Prior Lake, Shakopee, Simley and probably more providers — some are only streaming home events.