Losing a running back to an injury didn't slow the Raiders' ground game.

Good teams typically have plenty of depth at key positions.

Memo to the rest of Class 5A: Cretin-Derham Hall is good.

The Raiders topped Eagan 31-12 to take the Class 5A, Section 4 crown at the University of St. Thomas, and they did much of their damage without their starting running back.

Cretin senior Kendrik Brewster, the team’s leading rusher this season, left the game because of an injury early in the second quarter. Luckily for the Raiders, they have James Onwualu.

The junior wide receiver, who started one game at tailback last season and rushed for over 200 yards, took over for Brewster in the third quarter. On the Raiders’ first three plays of the second half, Onwualu ran for 133 yards and two touchdowns to break open what had been a 10-6 halftime lead.

Those scores were more than enough as the Raiders (10-0) won their 20th section championship in the past 21 years.

“I’ve never seen a running back come in and grab the game by the short hairs and dominate like that,” Raiders coach Mike Scanlan said. “We’ve got a different ballgame if he doesn’t come in and play the way he did.”

Onwualu started with an 87-yard touchdown on the Raiders’ first play of the half.

“We noticed they were kind of flying over the top, but I really just have to give it to my line,” said Onwualu, who ended the game with 203 yards on 15 carries.

Eagan (6-5) could have easily crumbled, but on the second play of the ensuing series, senior quarterback Drew Bauer kept the ball on an option and outran the Raiders defense for a 68-yard score.

That put Eagan within 10-6 at the half. Bauer had 108 rushing yards in the half. 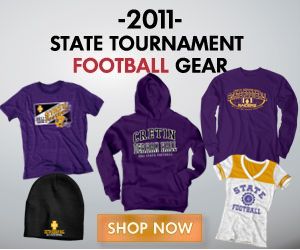