The formerly Class 4A Totino-Grace held off a last-gasp Mounds View effort. 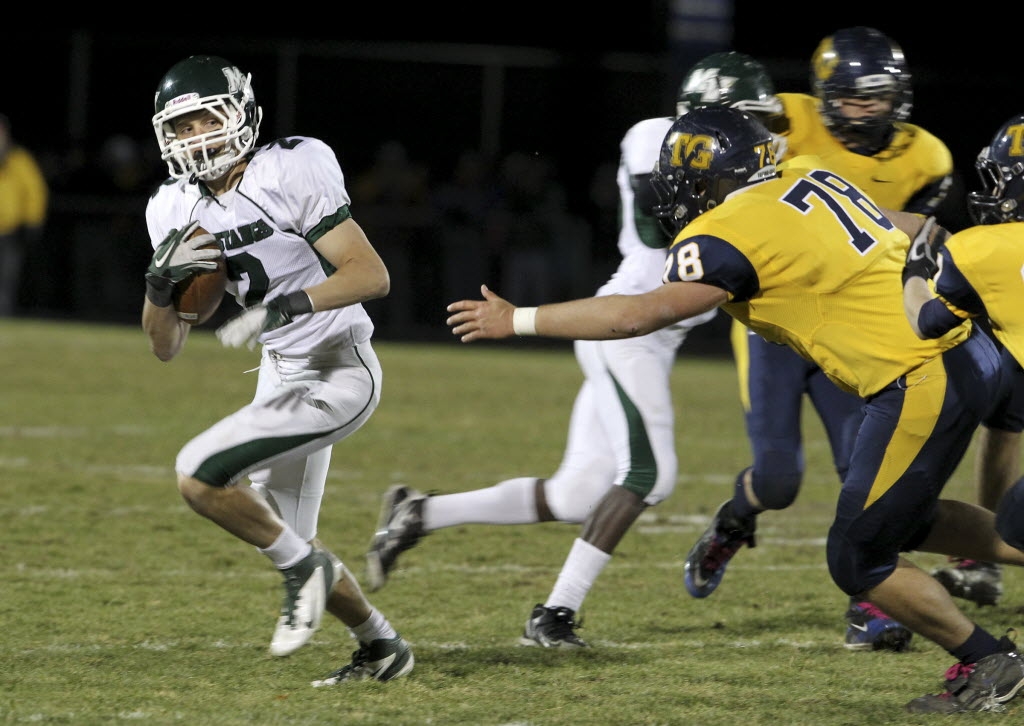 Chris Severson (2) of Mounds View kept his eye on the approaching defense during Mounds View's game against Totino-Grace Friday night. Photo by Courtney Perry/Special to the Star Tribune. 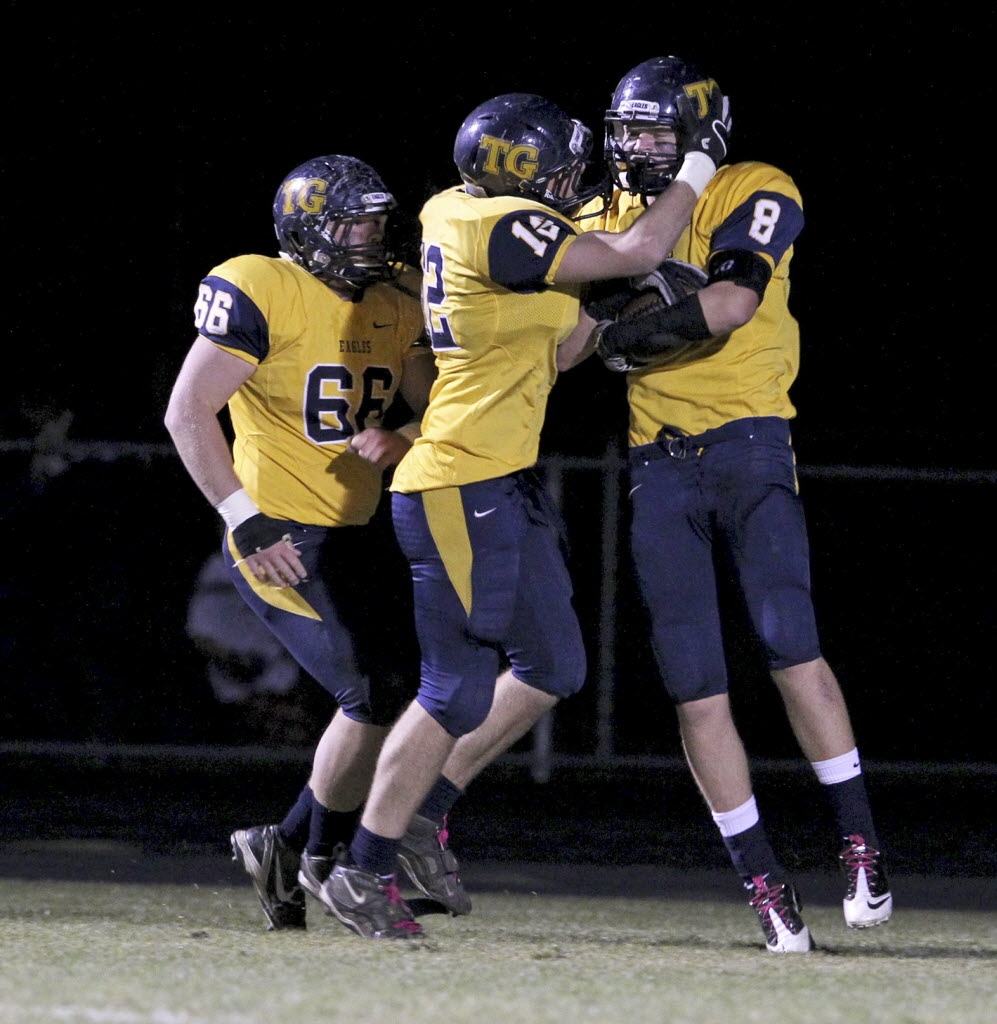 Teammates congratulate Totino-Grace's Andy Moritko (8) after he intercepted a pass and scored a touchdown in the first quarter against Mounds View Friday night. Photo by Courtney Perry/Special to the Star Tribune.

Who said Totino-Grace couldn’t play with the big boys? In their first year moving up from Class 4A to Class 5A, the Eagles outslugged Mounds View 14-7 to win the Class 5A, Section 2 championship.

“It says a lot about the kind of kids we have,” said Totino-Grace coach Jeff Ferguson. “I’ve never had a team come further than this team. Our kids are confident and they really believed they could compete with that caliber of team.”

For the first half, the circumstances surrounding the game proved more interesting than the play on the field.

Totino-Grace had been the object of raised eyebrows from many prep football observers, a team that had dominated Class 4A by winning six state titles in eight years. Even the staff at Totino-Grace knew the Eagles were the gifted kids, needing a challenge to stay focused. The decision was made to move up to Class 5A this season despite having the smallest enrollment, 803, among the large schools.

The Eagles proved the move was the right one, reeling off nine straight victories after a season-opening loss to Minnetonka and earning the No. 1 seed in Section 2.

“I’ve never been on a team that grew as much as this one,” said senior defensive back Andy Moritko.

It was Moritko who supplied the highlight play of the first half, picking off a Mounds View pass and returning it 46 yards for a touchdown midway through the first quarter.

That 7-0 lead stood up until halftime as both offenses struggled to find a rhythm.

“We knew it would be like that. With two great defensive teams, one mistake makes the difference,” said Mounds View coach Jim Galvin. “That was the biggest play of the game.”

But Mounds View (9-2) had developed a strong reputation of its own, winning four straight section championships with a program built on defense and fundamentally strong play.

The Mustangs regrouped at halftime and tied the score 7-7 in the third quarter on a 1-yard run by Tyler Hansen, capping a 42-yard, nine-play drive that began with an interception by Matt Harding.

Totino-Grace (10-1) responded with the type of drive that defines teams. The Eagles went 78 yards in 15 plays, taking nearly eight minutes off the clock, and regained the lead 14-7 on a 5-yard rollout pass from quarterback Bob McDaniel to Andrew McDonald.

The Eagles held off two final Mounds View drives, including a last gasp by the Mustangs that died on the Totino-Grace 21-yard-line.

“I’m just so proud of this team,” Ferguson said. “We’ve come so far. Our execution, our fundamentals are just so improved. This is a different team than it was at the start of the season. It really feels good.” 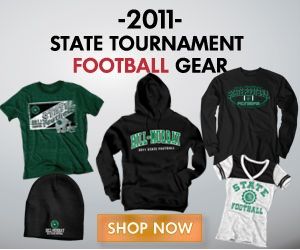