Blooming Prairie, a proud football town, won't get to feed and fawn over its 1A champs this fall. 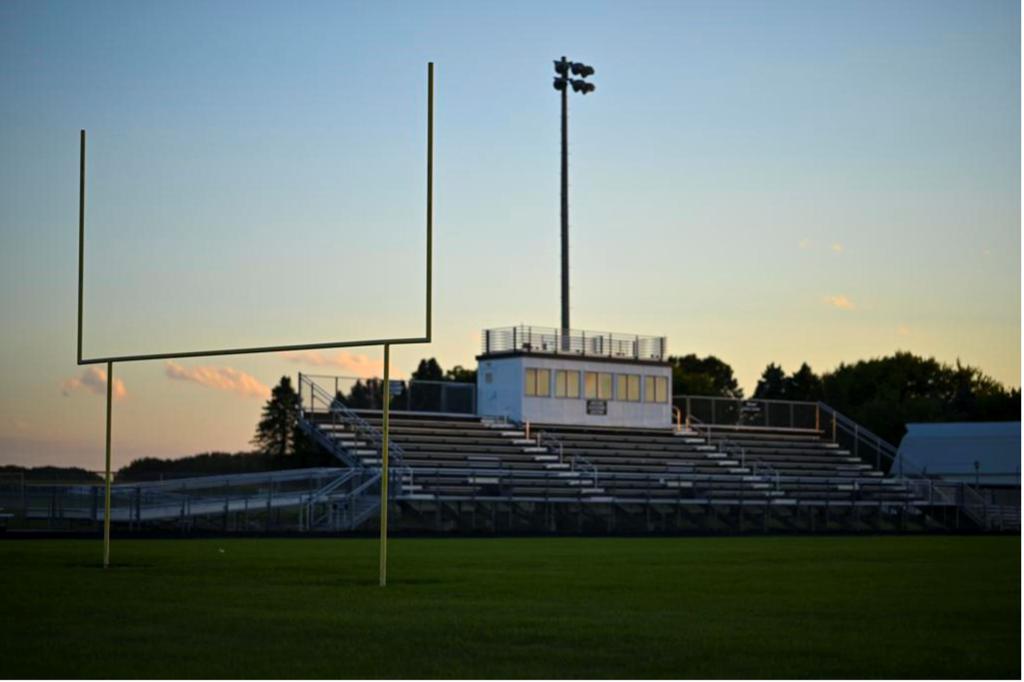 BLOOMING PRAIRIE – Sunsets in southern Minnesota, Blooming Prairie activities director Alison Mach opined, glow in a manner unlike those viewed from other parts of the state.

She admired the sight while standing outside McFarlin Field, barren on the Friday night of Labor Day weekend instead of buzzing from the football season opener against rival Rushford-Peterson, and a reminder of a high school football season unlike any before.

Winning their first Prep Bowl championship last fall gave the Awesome Blossoms a glow of their own, one the coronavirus pandemic will not allow players to share on upcoming autumn evenings.

“Missing out on the energy a state championship would have brought to this community is tough,” football coach Chad Gimbel said. “And these kids are missing out, especially the seniors. For them, it’s a rite of passage.”

Ritual activities for football players, coaches and fans alike culminated with the 2019 Class 1A championship. Those little things are creating big voids throughout a town of about 2,000 residents. 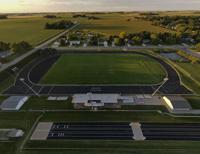 For Gimbel, Aug. 17 — what should have been the first day of football practice — ‘‘was the hardest day. About noon my wife said, ‘You’re kind of crabby today.’ ”

His 24-year routine broken, Gimbel, 50, pedaled his bicycle the half-mile from his home to the football field, hoping to find some comfort.

Senior lineman Luke Larkoski is coping with a series of disappointments in athletics 3 miles at a time. In March, he helped the basketball team qualify for its first state tournament since 1966. The next day, winter sports were canceled. A month later, the spring baseball season was canned. When football got postponed, Larkoski decided to join the cross-country team.

He found solace in the challenges and successes of a new sport. Still, he longs to return to football.

“Football is a big, big thing in Blooming Prairie and I couldn’t wait to be part of it,” said Larkoski, a team captain. “Now we have that state championship DNA and we’re ready to do it again.”

Charlie Heimerman’s family was ready to host about a dozen hungry teenagers, including the starting offensive line and select seniors, again this season at the Thursday night chicken Alfredo dinner.

This fall, there’s no need for his parents, both Blooming Prairie graduates, to buy four boxes of penne pasta and a whole rotisserie chicken. No need for homemade cheese and Alfredo sauces or garlic bread. Or treats baked by Charlie’s grandmother.

“Some of my teammates would tell me on Tuesdays, ‘Only two days until chicken Alfredo,’ ” said Heimerman, an offensive tackle and a team captain. “It’s almost like a little empty spot not having that.”

The dinner is provided in part by the Blooming Prairie Quarterback Club, a group founded in 2008 by Cheri Krejci.

The Quarterback Club raises about $10,000 each year and has paid for jackets, safer helmets and an assistant coach, purchases that “weren’t going to happen otherwise,” said Krejci, the former secretary and treasurer.

Cheri and husband Rick sent three children to Blooming Prairie, including football-playing sons Scott and Aaron. Each wore No. 64, like their dad, a 1974 graduate.

Daughter Lindsey masterminded a noisy welcome home for the Prep Bowl champions last November. The Krejcis owned the Ford dealership in town, right along Hwy. 218, and set off car alarms in dozens of vehicles to serenade players returning in school buses.Rick’s sister, Linda Klemmensen, provides a quieter form of program pride. Her Sportstitch Inc. embroidery and screen-printing business has supplied school spirit wear since 1994. The 1979 Blooming Prairie graduate ran it on Main Street until a fire in January at the bakery next door forced her to relocate to her three-car garage. Her husband, Randy, scored the first touchdown on the current football field, which opened in the fall of 1975.

If the weather isn’t cooperating or the team is on the road, many fans watch the game at the Blooming Prairie Cue Company, a bar featuring pool tables and a 100-inch television. Team photos of all the high school’s sports teams flank each side of the screen, with “Awesome Blossoms” underneath.

“Pretty much every table is full on a football Friday night,” said Tony Lea, co-owner with his wife, Colette. They also run the adjacent Pizza Cellar restaurant, donating pizzas to be sold by fundraising groups at the stadium concession stand.

The Friday night atmosphere at McFarlin Field extends beyond the bleachers. As a youngster, senior Mitchell Fiebiger and his friends would play tackle football against kids from the visiting school on the baseball field behind the stadium.

Fiebiger, the Awesome Blossoms’ middle linebacker and a team captain, said his parents allowed him to play with friends in the first half. In the second half, he sat and watched his two older brothers.

Fans also watch from their cars, which line Third Street on the stadium’s north side, sometimes obscuring the view of homeowners across the street who place fire pits and lawn chairs in their driveway.

“You can feel the disappointment. It’s genuine,” Iacovino said. “I heard from dads of the seniors who just graduated who are absolutely bummed they can’t watch football.”

Gimbel preaches tradition, and he will miss a few of his own on gameday. He rises from a 15-minute “power nap” around 4 p.m., heads to Dairy Queen for a peanut butter Oreo Blizzard. Longtime store owner Nick Schiefert buys advertising to help finance Iacovino’s broadcasts. At 6 p.m., Gimbel and his players leave the school single file and walk to the stadium.

Those familiar chills take over, Gimbel said, when he hears the music on the public address system and sees the stadium lights, glowing.