With no fall proving ground, what’s a Minnesota prep football recruit to do?

Some fear shifting football to the spring is too late for landing the best college offers. 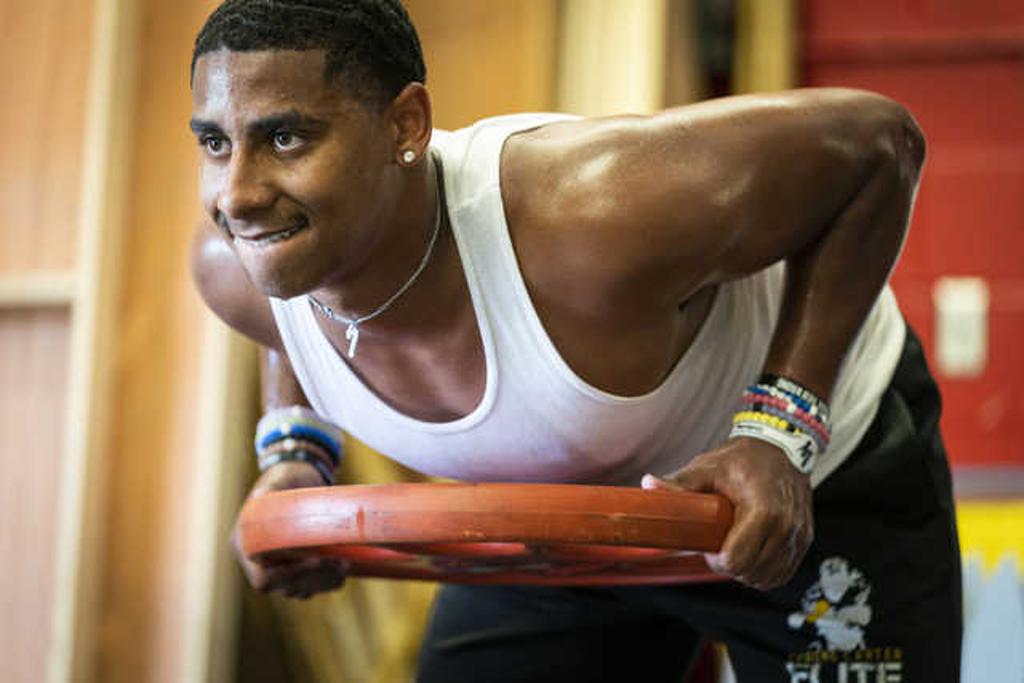 Zach Yeager had it arranged perfectly.

The Minneapolis North senior would be the quarterback for the Polars, expected to field one of the best teams in program history, and lead them to their second state football championship in five years. In the aftermath, he would put a few tidying touches on his high school career, graduate early and transition to college football.

The only thing left to determine was where he would play, a detail expected to come into focus this fall with a highly successful season.

That was the plan, at least. Until Tuesday.

The Minnesota State High School League’s decision to move football and volleyball to spring — a result of the COVID-19 pandemic — has left recruiting plans for many hopeful college players in disarray.

“My initial thought was: ‘What am I go to do?’ ” Yeager said. “This being my last season and I’m on track to graduate in December. Do I forgo my senior year or do I go on with the season?”

Yeager’s dilemma is one facing many high school football players with dreams of suiting up in college on Saturday afternoon.

Most had already lost a valuable spring/summer football recruiting window when the pandemic shut down opportunities to get noticed at camps and combines. Hopes shifted to the fall to trumpet their talents. Now, with football on hold until March at the earliest, many feel their chances are slipping away.“It’s pushed a lot of things back and it’s going to hurt a lot of peoples chances to procure a college spot,” said Zac Janz of Farmington. A 5-8, 205-pound running back who recently posted a 4.5 40-yard dash, Janz is worried that college recruiters are going to wait until spring to fill scholarship spots.

“They can’t wait that long,” he said. “They’re going to go to states around us that are playing in the fall and give spots to those kids that Minnesota kids could have.”

Minnesota’s border states — Wisconsin, Iowa and North and South Dakota — all have decided the keep football in the fall, albeit in a modified manner.

Currently 11 states and the District of Columbia have removed football their fall schedule.

St. Thomas Academy senior Garrison Solliday had a breakout season last fall as an undersized defensive lineman, relying on speed, athleticism and a wrestling background in lieu of traditional bulk. He spent much of the Class 5A championship game creating havoc in Chaska’s backfield before a late-fourth quarter drive lifted the Hawks to a 10-7 victory.

Despite Solliday’s strong resemblance to NFL star Aaron Donald, he knows most college recruiters don’t bother with 6-foot, 230-pound defensive linemen. So he and his coach, Dan O’Brien, had plans to have him build a little tape of him playing inside linebacker.

“Not too much, because I’m too valuable to the team on the line, but just enough to show that I can play linebacker,” Solliday said.

Now he’s reduced to telling recruiters what he’s capable of and crossing his fingers that they’ll wait long enough to see for themselves.

“It’s already affected me. Camps are super important and I had some lined up this summer before they were canceled,” Solliday said. “I wanted to go out and show I’m just as good as a linebacker, but I don’t have any tape on that.”

There is belief, however, that the high school football upheaval means recruiters will have little choice but to adapt if they want access to the widest variety of players.

“It’s complicated and it looks tough on the surface, but I don’t understand a lot of the panic and worries,” said Oliver West, a football recruiting specialist covering Minnesota and Illinois high schools for Prep Redzone, an online football publication. “This really will only affect kids that have a chance to play high Division I. Colleges are also struggling with this. They need to fill their rosters, too.”

West said in Illinois, which shifted football, volleyball and soccer to the spring, a number of kids have already begun to transfer to adjoining states to compete this fall. It’s an option that some Minnesotan have floated over the past couple of days, but West hasn’t yet heard of any student-athletes who have followed through.“I don’t see that coming for a lot of Minnesota kids,” he said, adding that Minnesota football players tend to hold strong loyalties to their schools. West cited Hutchinson defensive lineman Jordan Titus, who tweeted his commitment to his school and team not long after the MSHSL’s decision was announced.

“Their commitment is to their teams,” he said. “It’s kind of unique to Minnesota.”

Minneapolis Southwest senior running back Nick Flaskamp falls squarely into that mold. After three years backing up star TK Marshall — now at North Dakota State — Flaskamp had spent the offseason dreaming about finally getting his chance to be workhorse back. At 205 pounds and hopefully on his way to 220, he knows he’s much faster than he was the last time he ran the 40, when he was timed in 4.63.

All that work and now the season is on hold. In addition, Minneapolis Public Schools are starting the school year with distance learning, which means no competition. It would be understandable if Flaskamp chose to play elsewhere.

“I’ve thought about it,” he said. “But I don’t think I could. It would be tough to leave these guys behind. I’ve been trying hard to try to build a team and a culture here. I want that to last after I graduate.”

With games hopefully in the spring, most players are staying positive and seeking the upside of near-term loss.

“Not having a football season is going to hurt recruiting, but we have a chance to see things differently,” said Hopkins senior linebacker R.J. Chakolis, who augmented his football resume by winning the 195-pound title in the Class 3A wrestling state tournament. “For me, it gives me a chance to do some monster training, go as hard as I can to get ready [for] the season.”

As for Yeager’s plans?

“I’ll probably stay,” he said. “We can only control what can control. We’re all still pretty optimistic. We want to get this done, win a state championship and be the best team in North history.”

While most Minnesota high school fall sports open practice on Aug. 17, football and volleyball won’t start until March. The football plan to date as announced by the Minnesota State High School League: