The Bengals were too much for the Saints, who played their biggest home game in 30 years.

St. Francis Fighting Saints players broke through a sign and fog to take the field in dramatic fashion before the school's biggest home game in 30 years. Star Tribune photo by Jim Gehrz. 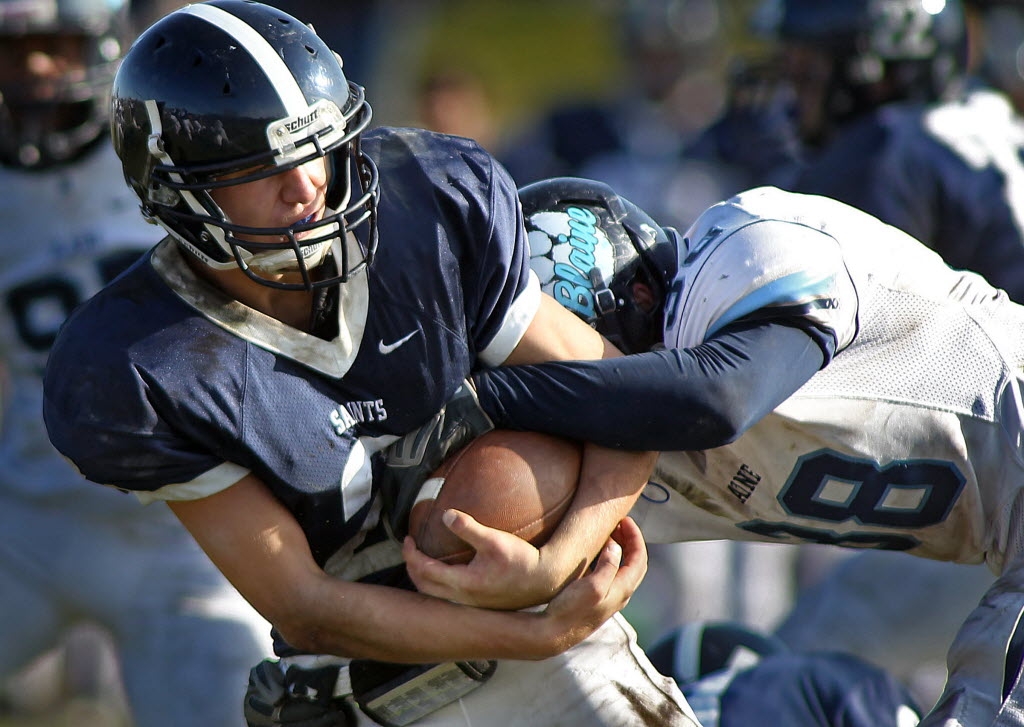 St. Francis coach Chris Lindquist thought his team was ready. But circumstances and experience conspired against the Saints in the biggest home football game in St. Francis in 30 years.

Blaine, boasting a huge roster and impressive football résumé, started fast and didn’t let up until the game was well in hand, beating St. Francis 43-7 in the Section 7, 5A semifinals.

This has been a season to remember for St. Francis. The Saints tied (with Spring Lake Park) for the North Suburban Conference championship, their first title since joining the league. They earned the No. 2 seed in the section and, after beating Andover Tuesday, hosted a section semifinal game for the first time since 1981.

“I thought we were ready,” said Lindquist. “I had them eating out of my hand in my pregame speech in the locker room. But for some reason, we came out unemotional and stagnant.”

The biggest reason was Blaine. The Bengals, seeded No. 3, were coming off an unimpressive quarterfinal victory over Coon Rapids. A week’s worth of demanding practices ensured that history was not going to repeat itself.

“We talked about not letting up,” said Blaine coach Shannon Gerrety. “We were going to play physically and for a full four quarters.”

The Bengals established the tone early, taking a 7-0 lead on Luis Sanchez’s 70-yard run on Blaine’s first play from scrimmage.

Explosive plays by Blaine and an inability by St. Francis (8-2) to establish its normally efficient running contributed to the lopsided nature of the game.

Blaine (8-2) had seven offensive plays of 20 or more yards and added a touchdown on a 24-yard fumble return by defensive back Stephen Schneider.

At the same time, Blaine’s rough and tumble defense stopped up the gaps St. Francis running backs Jake Engnell and Brandon Springer were accustomed to seeing. Engnell, who was second in the metro in rushing, gained 119 yards on the ground but needed 37 tries to do so.

“Our [offensive] line played so well and our defense dominated,” said Blaine quarterback Duke Anyanwu, who rushed for 95 yards and passed for 141. “There was no way we were going to take anyone lightly.