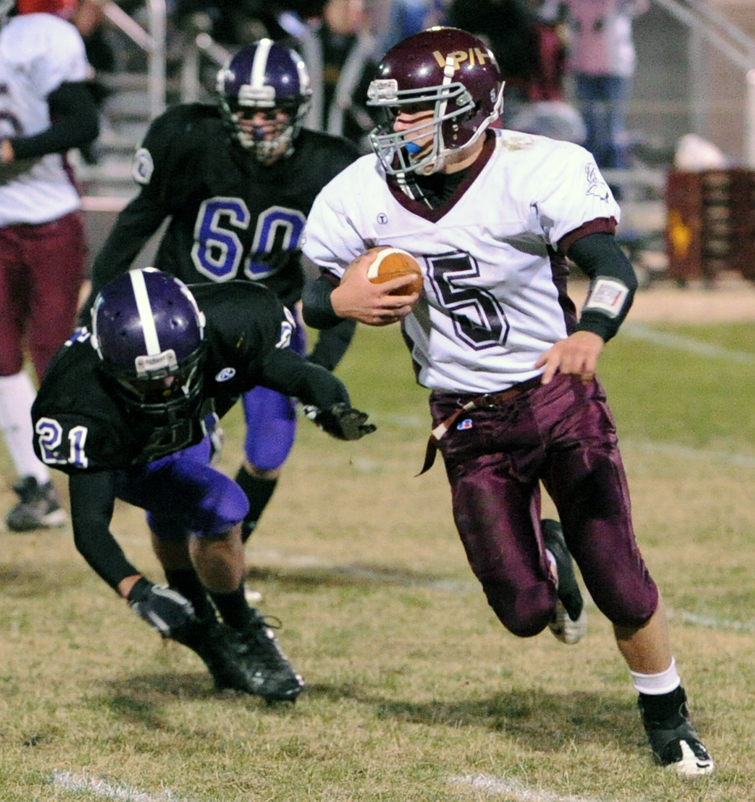 Led by sophomore quarterback Alex Heigl, the Bulldogs were unfazed by the chill, bringing plenty of heat to the most important game of their season.

“Cold is nothing," Heigl said. "I mean we’re from Minnesota. We play tough."

Heigl accounted for five touchdowns (four rushing and one passing) as the Bulldogs featured a dominant passing attack in the first half and a bruising running game in the second in their regular season finale.

Lester Prairie/Holy Trinity’s 33-12 victory on Oct. 19 gave it a share of the conference championship with Le Center and Blooming Prairie.

“It means everything,” Heigl said. “Coming from last year with the 3-6 season it really means a lot. I don’t even know how to explain the feeling I have right now.” 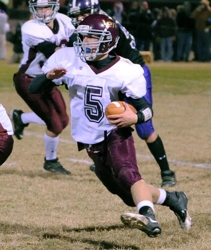 Heigl took the reins as the Bulldogs' quarterback last year when their starting quarterback went down a few games into the season with an injury. The team had a disappointing finish after Heigl took over. He said their road to redemption started early.

As a quarterback, Heigl took extra time out of his summer in order to prepare.

“I went to a lot of football camps. Just really improved my throwing,” he said.

Heigl’s arm was on display in the first two quarters as he hooked up with his best buddy and fellow sophomore Nick Machemehl seven times for 80 yards and a touchdown. The Bulldogs led 14-12 at halftime.

Early in the second half, Heigl and his teammates noticed something that changed their offensive strategy. The Bulldogs moved away from the pass and sealed their victory with the run.

“Once we got up on them, we just wanted to pound the clock out,” Heigl said.

On the ground, Heigl battered his way to 65 yards. Three of his touchdown runs came in the second half.

He deferred his success to his linemen, who shoved the Wildcats around all game.

“I love those guys," he said. "They’re my everything."

Sophomore quarterback Alex Heigl ran for four touchdowns and passed for another to lead Lester Prairie/Holy Trinity to a 33-12 triumph over Le Center on Wednesday, Oct. 19 in Le Center to close the regular season.

The 5-foot-8, 175-pound Heigl’s touchdown runs all spanned four yards or less, and three of them came in the second half as the Bulldogs (7-1) broke open a 14-12 game to force a three-way tie for the Gopher Valley A Conference championship with Le Center (6-2) and Blooming Prairie (7-1).

Heigl finished with 65 rushing yards. He also completed 9 of 13 passes for 98 yards and a touchdown. All nine of Hiegl’s completions were to sophomore Nick Machemehl.

Sam Scoblic led the Bulldogs with 149 rushing yards on 22 attempts.

Le Center’s Jeremy Bosacker returned the opening kickoff 85 yards for a touchdown, and John Christian scored on a 3-yard touchdown run with 1:25 remaining in the first half.

Scoblic took over in the second half, getting the majority of his yards and setting up Heigl’s short touchdown runs.

Austin Buss rushed for 98 yards on 13 carries to lead the Wildcats. 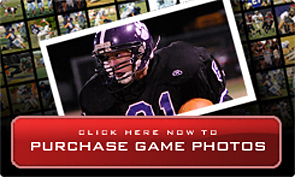 1. Alex Heigl, Lester Prairie/Holy Trinity
The diminutive quarterback (Heigl stands about 5-foot-8 and is listed generously as weighing 175 pounds) proved too elusive for the Le Center defense to handle, as he ran for four touchdowns. Just when the Wildcats were thinking run, Heigl would uncork a pass to wideout Nick Machemehl, who accounted for all nine of Heigl’s completions, totaling 98 yard and another touchdown.

2. Sam Scoblic, Lester Prairie/Holy Trinity
A sledgehammer of a running back who combines power with deceptive speed, Scoblic rushed for the majority of his 149 yards in the second half as the Bulldogs burned the clock with several long scoring drives.