After 58 seasons as a head coach, Brainerd's Ron Stolski calls it a career

The 80-year-old Stolski ranks second in the state in career victories and was the longest-tenured high school football coach in state history. 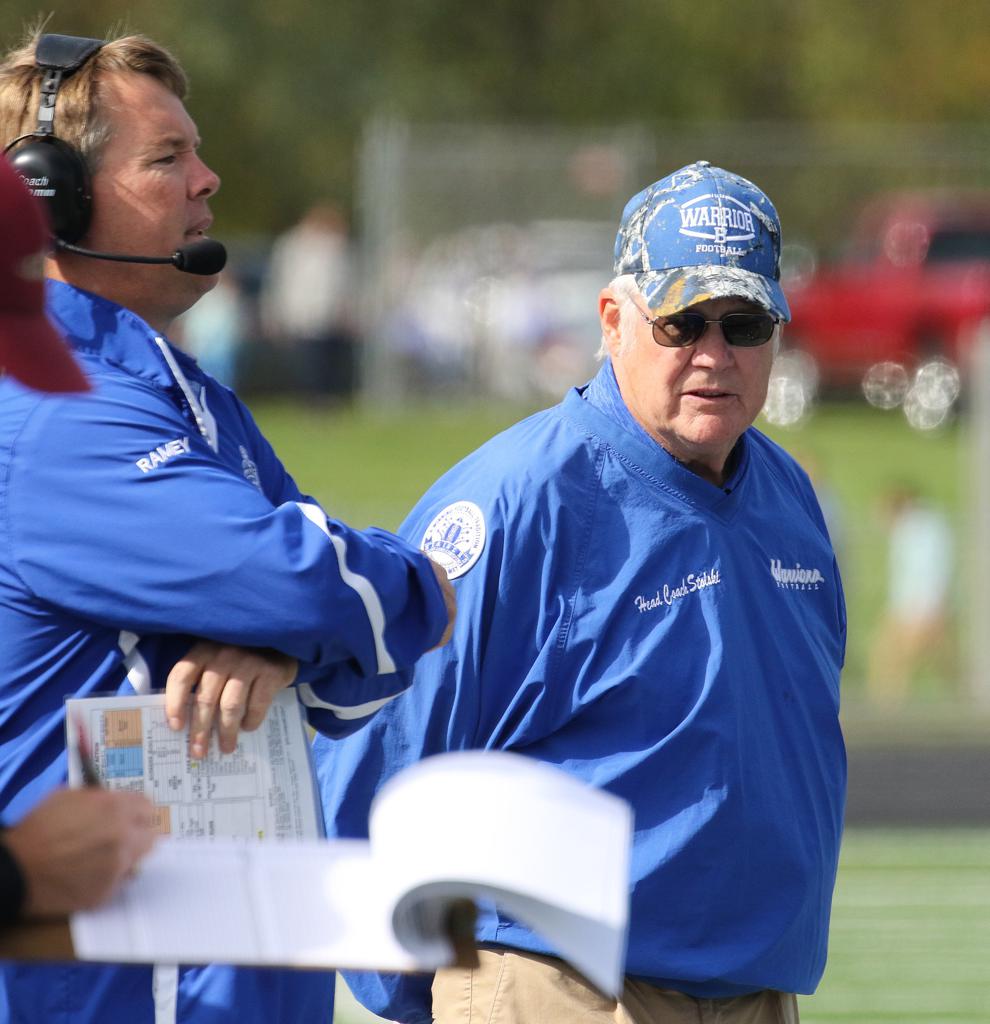 Ron Stolski, the longest tenured football coach in Minnesota history, has retired from his post after 58 seasons as a head coach, the last 45 at Brainerd.

“It was a very difficult decision,” Stolski said Wednesday. “I’m 80 but I feel 55. I believe I could still coach for a year or two, but it’s time. The program is in good shape and we’ve got a lot of good kids coming in.”

Stolski, 80, grew up in Minneapolis and went to high school at Patrick Henry High School. After college at Macalester, he began his high school coaching career at Kensington High School in 1962.

“We had three kids show up for the first practice,” Stolski recalled. “No goalposts, no scoreboard. We never measured the field, so we weren’t sure how long it was. It was eight-man football. It feels like yesterday.”

While it was Stolski’s first official head coaching position, it wasn’t the first time he’d helmed a football team. When he was 13, he was the head coach of his 10-year-old brother’s football team at Bohanon Park in Minneapolis. “We won the city championship,” he laughed. “I always wanted to be a coach. Never wanted to be anything else.”

He also coached at Slayton, Princeton and Park Center before taking the Brainerd job in 1975.

“I never looked for another job,” he said. “We did what we set out to do at Brainerd.”

Stolski confirmed that he will remain executive director of the Minnesota Football Coaches Association. “I’m not going to resign any of my duties with the MFCA.”

Ferguson steps down after eight titles at Totino-Grace

A large part of Stolski’s legacy is his role in creating the current Prep Bowl playoffs.

He told the Star Tribune in 2013, “In the late 1970s, the old format of using conferences to determine a playoff just wasn’t working. I was the [athletic director] at Brainerd at the time. There was a coach, Mike Belseth in Breckenridge, who had a plan in which everybody made the playoffs but had to drop their last game of the season. Coaches didn’t want to do that. So we started working off the Belseth plan and thought we might have something here. I called Marv Helling at the MSHSL and told him. He drove up the next day, took a look and said he thought there was something.”

While he’s stepping away from the high school program, Stolski said he’ll be doing a little coaching somewhere next fall. Football is too much a part of him to give up completely.

“We’ve got a good youth program, a middle school program. I expect to be involved with kids,” he said. “When you choose a living in teaching and coaching, you choose to make a difference in the lives of young people.”