Nelson was head coach at Blaine and later Minnetonka, leading each program for 18 seasons and making a combined six championship game appearances. Now, he says, it’s time to spend more time with his wife. 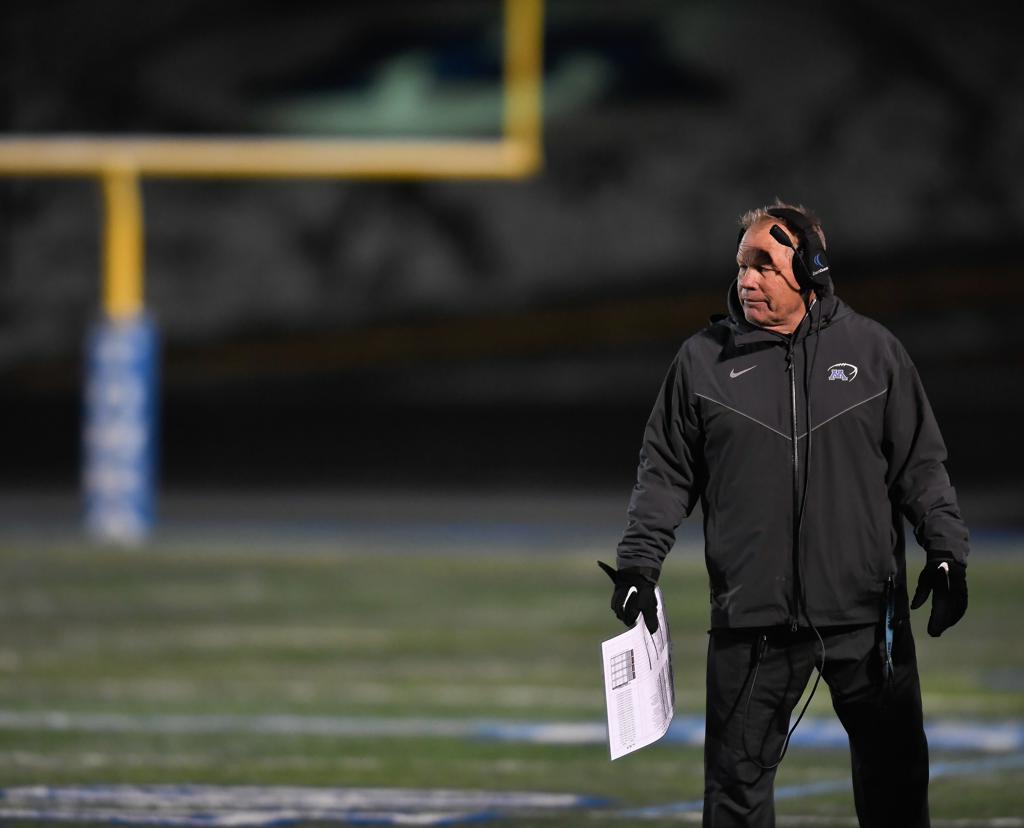 Maureen Nelson has always wanted to go to Ireland in the fall. Now, she just might get the chance.

Her husband Dave, the revered and respected head football coach at Blaine and then Minnetonka for a combined 36 years, announced his retirement Tuesday after 267 career victories and two state championships.

“I’ve actually been thinking about it since the end of last season,” Nelson said Tuesday. “I’ve been blessed to coach at two great schools. I’ve had a different feeling from the end of last year through the past year. I just feel it’s the right time to step aside.”

Nelson, 63, is the son of legendary Anoka football coach and World War II veteran Stan Nelson. He played football and baseball at the University of Minnesota-Duluth, graduating in 1978. He quickly found himself coaching at Blaine and took over as head coach in 1984.

Nelson coached the Bengals for 18 years, leading them to the 1988 Class AA state title with a 25-24 victory over Cretin-Derham Hall. Blaine made three subsequent Prep Bowl appearances during his tenure in 1996, 1997 and 2001.

He took over at Minnetonka in 2002 and two years later, led the Skippers to their only championship, winning the 2004 Class 5A title by defeating rival Wayzata 23-14. His son Jesse was the quarterback on that team.

“That was really special, winning a state championship with my son at quarterback,” Dave Nelson recalled. “I don’t think I really grasped that at the time.”

Minnetonka made another Prep Bowl appearance in 2017, losing to Eden Prairie 38-17 in the Class 6A championship game. The Skippers had an uncharacteristically down season this year, finishing 0-9, but that didn’t factor into his decision.

“The summertimes, they can be kind of a grind,” Nelson said. “I don’t mind hard work, but my wife, she’s been going to football games for 42 years. It’s time to spend more time with her.”

In 36 seasons as a head coach, Nelson compiled a 267-124-0 record. He was inducted into the Minnesota Football Coaches Association Hall of Fame in 2014.

A search for Nelson's successor at Minnetonka is expected to begin immediately.

And there’s that trip to Europe to look forward to. Among other things.

“My wife says Ireland is beautiful in the fall,” he said. “I’d like to Normandy Beach, to see where my dad landed [as a World War II veteran]. And I’m a college football fanatic. I’d like to go to some Gophers games. I’d like to go a UMD game, which I haven’t done in years. It just didn’t seem like you could do this types of things during the season.”