The five big guys up front cleared the way for running back Christian Vasser, who said, “I trust them with my life.” 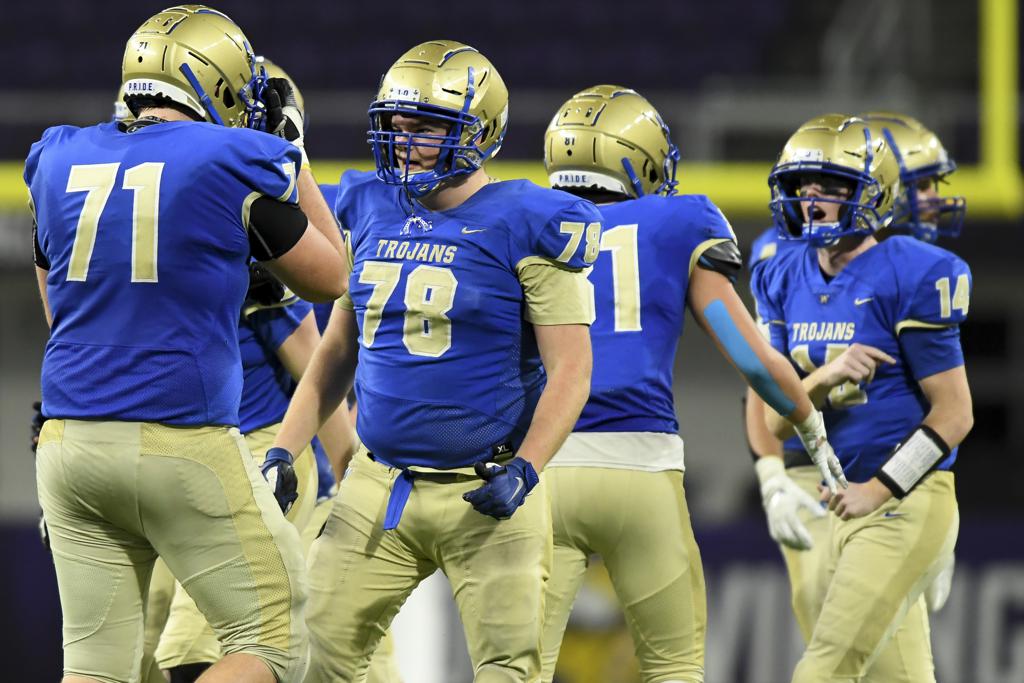 Wayzata’s offensive linemen picked one (appropriate) word to describe their position group as part of a year-end banquet survey.

They were as “resilient” as center and captain Jonas Waskosky expected them to be, shaking off an interception right after halftime to put the game out of reach as the third quarter wore on. They also were every bit the “family” that left tackle Jac Carver believes they are, picking each other off the ground behind the play as fans cheered Vasser’s latest gain.

Finally, as state champions for the first time since 2010, they wear right guard Graham Viggers’ “sexy” title with pride.

“Every game we did what we had to do,” Viggers said Friday night after Wayzata won its first Class 6A title. “Maybe it’s not the prettiest thing, but to us it’s sexy.”

When Champlin Park intercepted the Trojans’ third passing attempt of the game early in the third quarter, Wayzata turned to Vasser and his horses up front. The quintet put its combined 1,280 pounds to work.

Vasser carried 15 times for 109 yards and two scores — a solid game’s work in a single quarter — as the Trojans turned a three-point halftime deficit into a 28-17 lead.

“The O-line, they get a great feeling knowing we’ve got this thing rolling, so let’s keep it going,” Wayzata coach Lambert Brown said.

They had it rolling in the semifinals as well, helping Vasser to 269 yards on 44 carriers and three touchdowns against No. 2 Lakeville South.

“There’s a lot of encouragement, a lot of brotherhood among our linemen,” Graham said. “We like to have Christian get all the credit because we give each other props and that’s enough for us.”

Said Vasser of his big guys up front, “I trust them with my life.”