Trailing uncustomarily in the first half, the Wolverines, behind quarterback Abraham Stoesz, scored three unanswered touchdowns in a 22-14 victory. 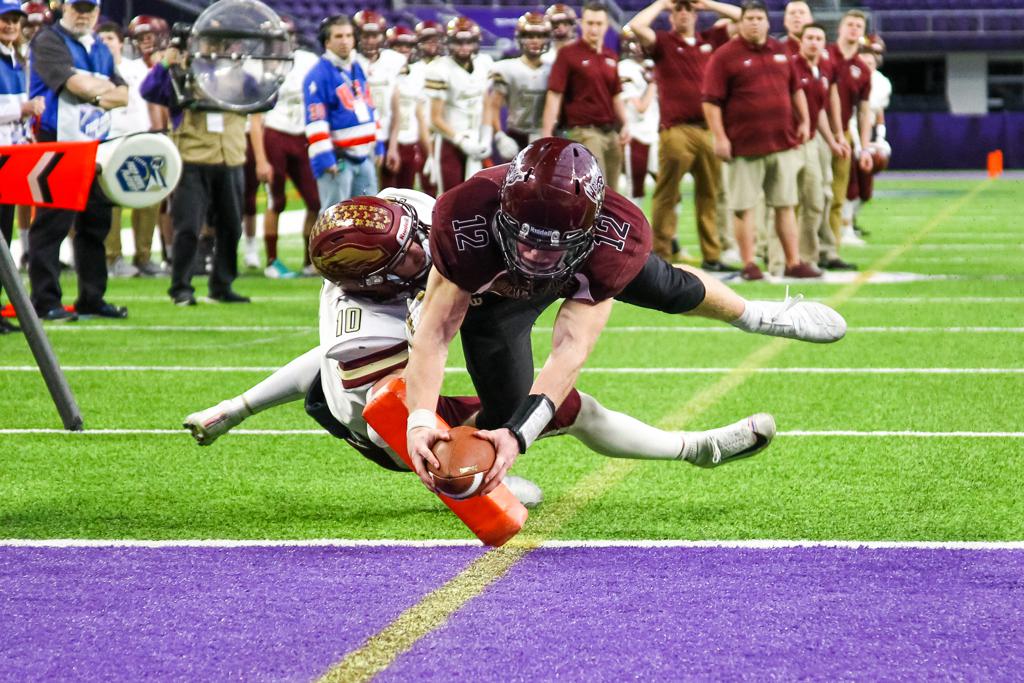 Mountain Lake Area quarterback Abraham Stoesz (12) runs with the ball for what proved to be the game-winning touchdown in the third quarter against Hancock. Photo: David Berding • Special to the Star Tribune

This was new and rather unexpected. Sure, Mountain Lake Area head coach Tim Kirk had talked about it during the season, but the Wolverines had not actually trailed in a game all season.

Now here it was, the state championship game, their point of focus all season, and they were down 14-0 midway through the second quarter.

“We talked all year about being uncomfortable, but we hadn’t been uncomfortable all year,” Kirk said. “This was the first time. And by two touchdowns.”

Uncharted territory, perhaps, but Mountain Lake Area navigated it smoothly, tying the game just before halftime and going on to defeat Hancock 22-14 to win its first Nine-Man state championship.

Wolverines quarterback Abraham Stoesz threw two interceptions in the first half, including one that was returned by Hancock’s Matt Thompson 32 yards for a touchdown. But Stoesz bounced back to rush for 140 yards and a touchdown and passed for 92 and another score.

“This team responds better than any team I’ve had,” Kirk said. “They just blow it off their shoulders and let’s move on.”

Mountain Lake Area came into the season with the singular goal of winning the state title. They came close a year ago, falling to Spring Grove 40-18 in the championship game.

“That was our motto all year: Unfinished business,” Stoesz said.

So when the Wolverines found themselves on the wrong end of the score before halftime, memories of 2018 gave them a kick in pants.

“It felt a lot like last year,” tight end/linebacker Adam Karschnik said. “Every game this year, I’ve written 40-18 on my wrist. I’m like ‘We’re not going into halftime like last year.’ ”

Karschnik made sure of that, catching the game-tying touchdown pass and ensuing two-point conversion with two seconds left in the first half.

Mountain Lake took the lead for good on a 5-yard run by Stoesz late the third quarter. The Wolverines’ defense, which had only allowed the Hancock offense one touchdown to that point, walled off the Owls the rest of the way.

Mountain Lake Area turned the ball over on its first three possessions and fell behind 14-0, its biggest deficit of the season. But the No. 1-ranked Wolverines regrouped Saturday at U.S. Bank Stadium and rallied for a 22-14 victory over Hancock for its first Nine-Man state championship. 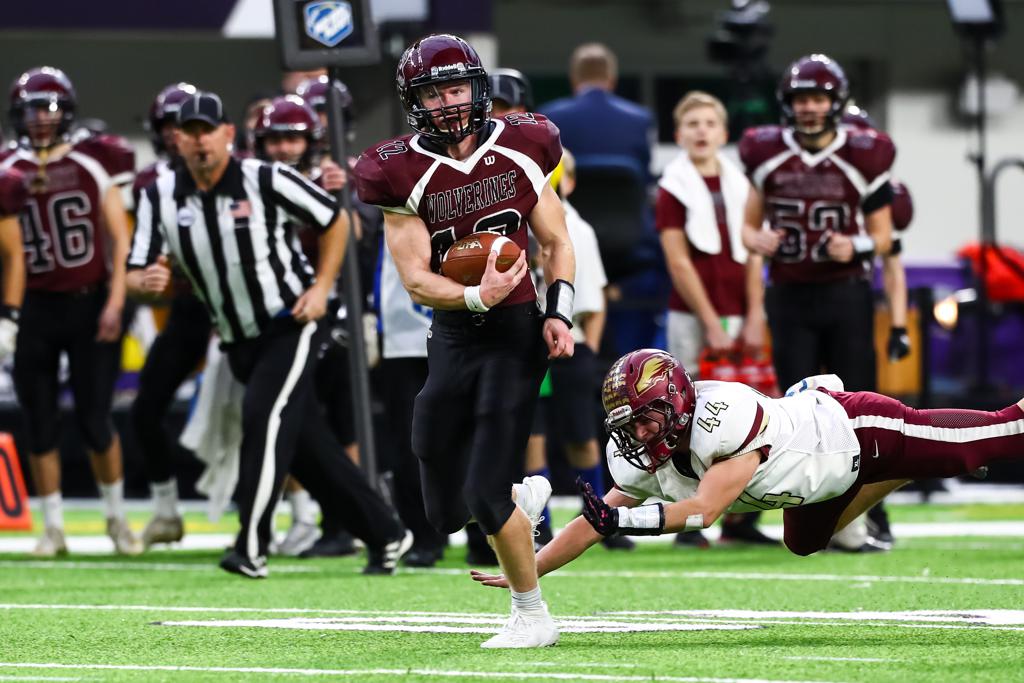