A 75-yard return for a score by Tyler Timmerman in the second quarter gave the unbeaten Owls the lead for good in the Nine-Man semifinal. 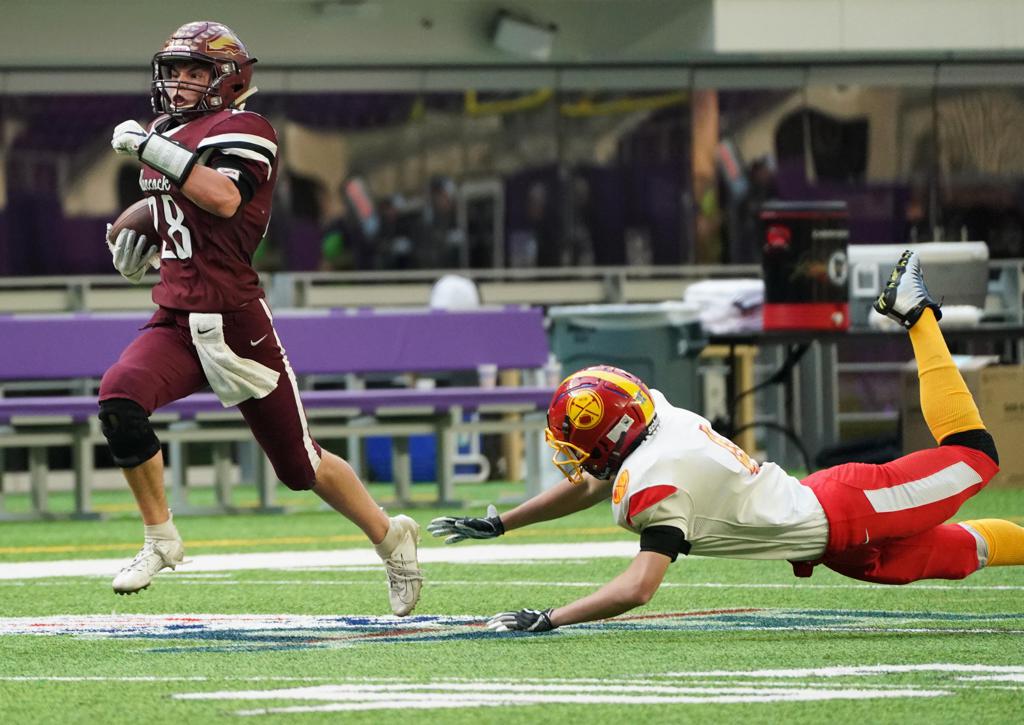 Midway through the second quarter of their Nine-Man semifinal game on Thursday at U.S. Bank Stadium, Mountain Iron-Buhl and Hancock were tied.

Mountain Iron-Buhl had just evened the score with an 85-yard kickoff return and two-point conversion run by Dillon Drake.

Hancock’s Tyler Timmerman put an immediate end to Mountain Iron-Buhl’s momentum, returning the ensuing kickoff 75 yards for a touchdown to give Hancock the lead.

“Our kids have done a nice job all season of recovering and going on to the next play,” Hancock coach Chad Christianson said.

Timmerman’s touchdown, the first of five Hancock touchdowns in a 10½-minute span, helped the Owls (13-0) pull away for a 65-32 victory over the Rangers.

Hancock, which led 30-14 at halftime, opened the third quarter with three touchdowns — each by Timmerman — in the first 4½ minutes to open a 50-14 lead. 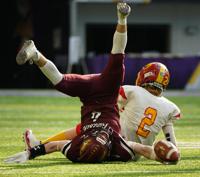 Drake led the Rangers with 101 rushing yards and two touchdowns.

The Owls will face either Mountain Lake Area or Win-E-Mac in the Prep Bowl on Nov. 30.

Once Tyler Timmerman and Hancock got going, they were hard to stop.

The Owls (13-0), making their first appearance in the state football playoffs since 1990, advance to the Prep Bowl where they will play either Mountain Lake Area or Win-E-Mac.

Timmerman, who had scored five touchdowns and rushed for 228 yards in the Owls’ quarterfinal victory over Renville County West, finished with 239 yards in 22 carries.

After Timmerman’s kickoff return gave the Owls a 20-14 lead, the Owls extended it to 50-14 in the second half. The Owls eventually built a 65-26 lead in the fourth quarter.

The Rangers, who lost in the Nine-Man semifinals to Mountain Lake Area last year, finished with a 10-2 record. 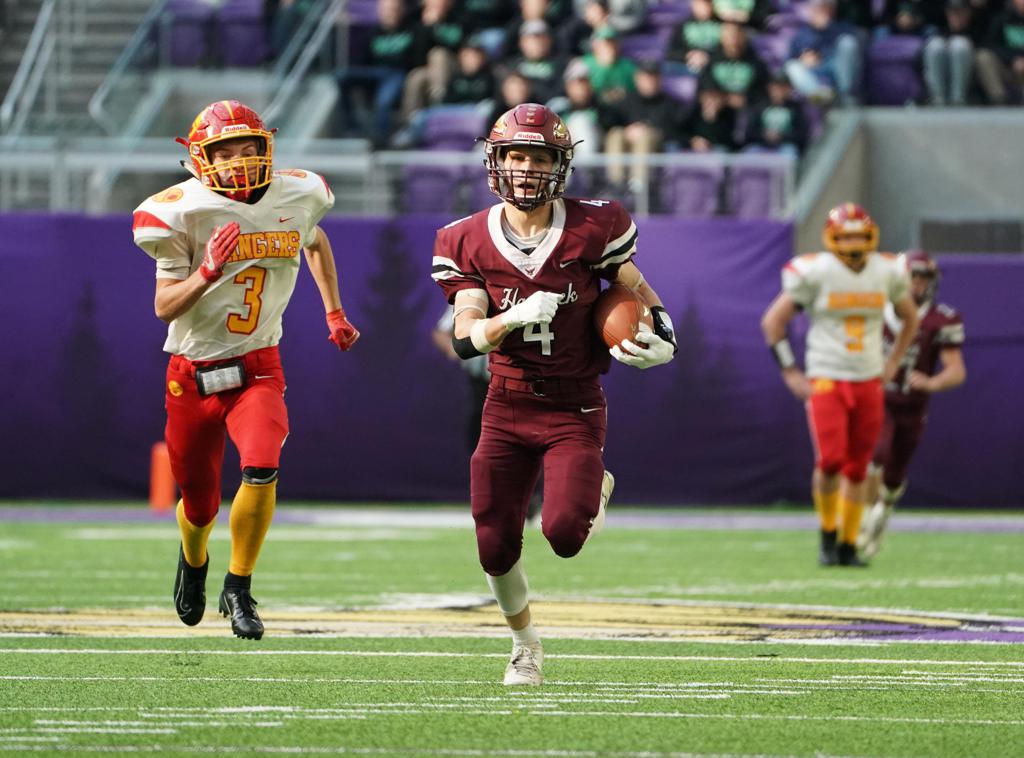