Coon Rapids advances to 5A semifinals with 14-2 victory

The Cardinals, who last played in the state tournament in 1983, got touchdowns in each half to defeat Spring Lake Park. 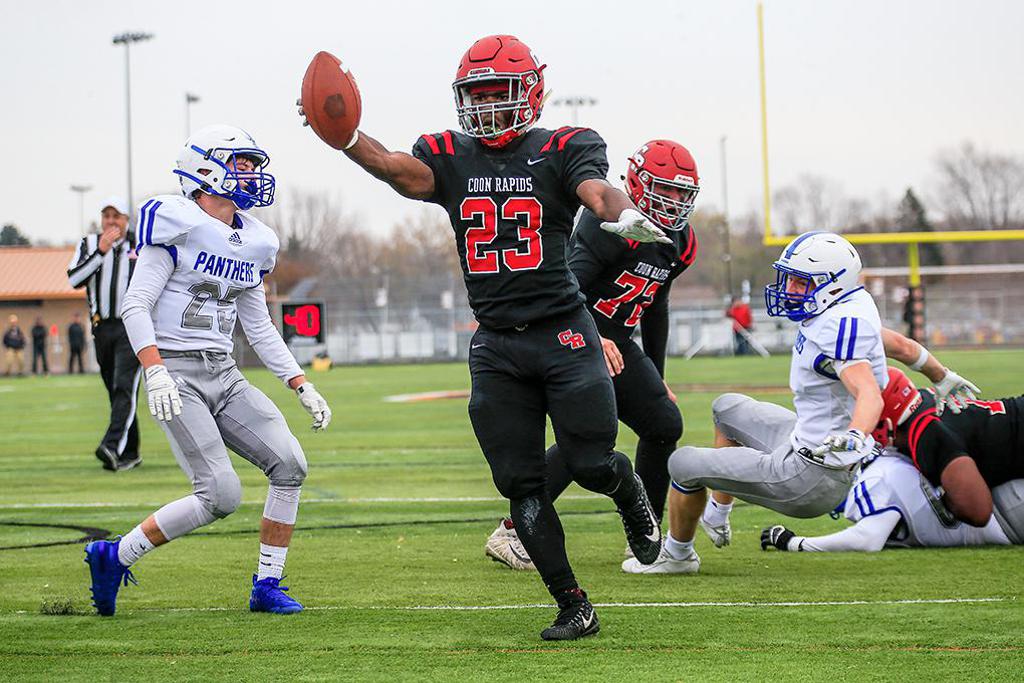 Coon Rapids running back David Geebli (23) jumped into the end zone in the second quarter for the game’s only score of the half. Photo by Mark Hvidsten, SportsEngine

Missing from the state tournament since 1983, Coon Rapids extended its stay in the Class 5A title chase with a 14-2 victory over Spring Lake Park in a quarterfinal game on Saturday in Osseo.

“We came into the year wanting to prove something,’’ Cardinals senior quarterback Jake Van Hulzen said. “We knew we had a great team.”

Spring Lake Park (8-3) kept Coon Rapids in check at first with two forced fumbles in the first quarter but couldn’t capitalize on both in Cardinals territory. 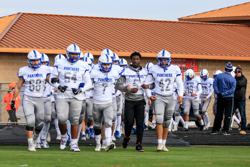 A Panthers punt had Coon Rapids starting at its 6-yard line. What ensued was a 94-yard touchdown drive, led by Van Hulzen’s running and passing, culminating in sophomore David Geebli’s 4-yard touchdown run in second quarter for a 7-0 lead.

“We just needed to stick to the game plan and get downfield,” Van Hulzen said.

Spring Lake Park threatened to tie in the final minute of the first half when sophomore quarterback Aaron Clausen completed a 27-yard pass to the Cardinals’ 11-yard line. He threw to junior wide receiver Kaleb Skelly twice in the end zone, but the Cardinals secondary stopped both tries.

The Cardinals (8-3) shut down the Panthers running attack, forcing four fumbles and allowing no first downs in the second half. Van Hulzen iced the game with a 1-yard touchdown run in the fourth quarter.

Geebli helped the Cardinals run out the clock, finishing with 117 yards on 27 carries.

“We just wanted it more and got it done,” Van Hulzen said.

Geebli's 4-yard touchdown in the second quarter capped a 94-yard drive directed by Van Hulzen, who scored on a 7-yard run in the fourth quarter.

Section 5 champion Spring Lake Park (8-3) threatened to score late in the second quarter after a 27-yard pass by sophomore quarterback Aaron Clausen. The Cardinals' defense deflected two passes in the end zone to end the half.

Section 7 champion Coon Rapids (8-3) sealed the game in the second half with four forced fumbles.

The Panthers scored their only points with a safety on intentional grounding by Van Hulzen. 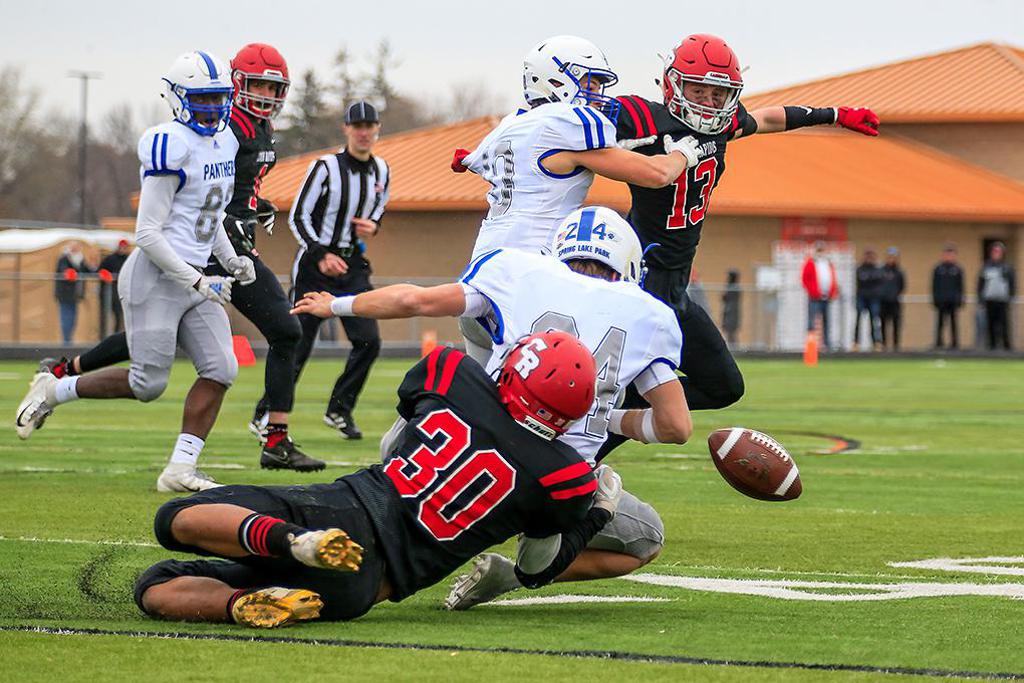