The Bulldogs took advance of seven miscues in a 56-8 victory to advance to the Class 2A semifinals. 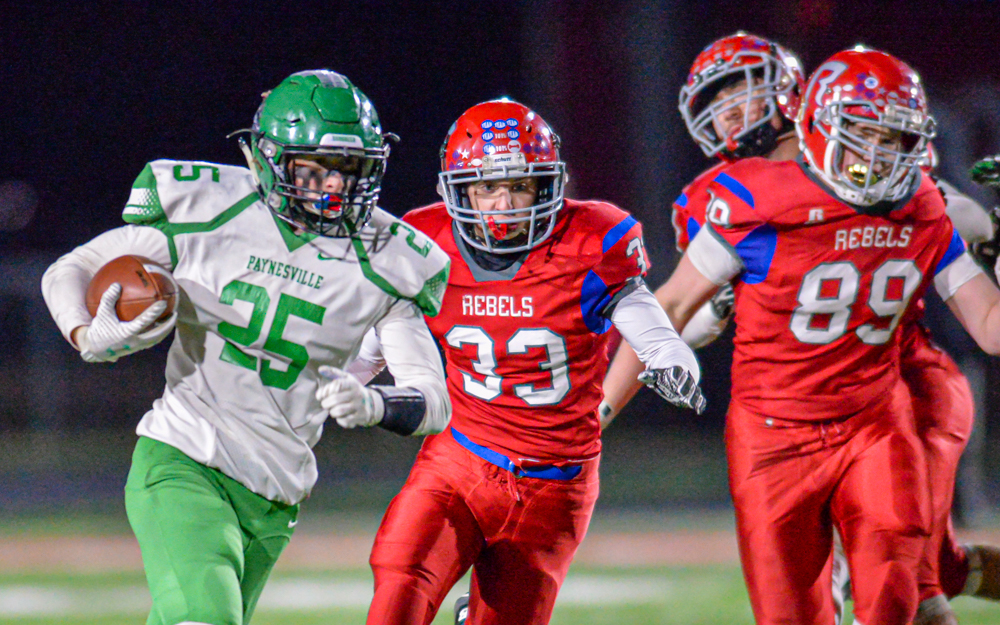 One day a week Paynesville football players focus on takeaways in practice. Bulldogs senior said, “We call it Turnover Tuesday.”

The practice paid off Friday when the Bulldogs (10-1) capitalized on seven turnovers in a 56-8 rout of Moose Lake-Willow River in a Class 2A quarterfinal at North Branch. Bulldogs senior safety Levi Bast led the charge with two interceptions.

“It was just perfect defense by everybody,” Bast said.

Christinsen, a running back who also plays linebacker, scored three touchdowns on runs of 5, 25 and 39 yards.

“There were just some giant holes out there,” he said. “Honestly, I don’t have that many yards and three touchdowns without my offensive line.”

Moose Lake-Willow River (8-3) didn’t score until late in the fourth quarter when senior fullback Jordan Fjosne scored on a 4-yard touchdown. The Rebels’ portion of the crowd erupted on a night where little when their way.

“It gave me goose bumps,” Fjosne said. “It was just amazing.”

Fjosne, who also plays hockey for the Rebels, returned to football this fall after not playing as a junior. He credited Rebels coach Dave Louzek for helping them getting this far.

''He works so hard just for us,” Fjosne said. “It was just an amazing season all around.”

Paynesville, which lost in the semifinals in the last two years at U.S. Bank Stadium, earned a third trip next week.

Bast, a starter since his sophomore year, called it “a dream come true.” 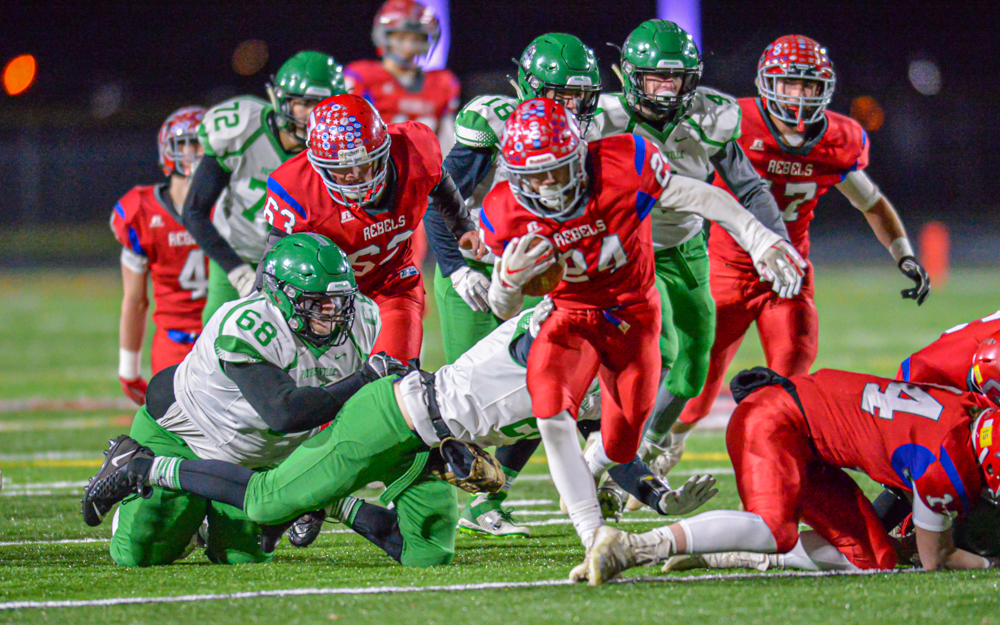 Eli Werner broke tackles and carried the ball toward the end zone Friday night during the Rebels 56-8 loss to Paynesville in the Class 2A quarterfinal in North Branch. Photo by Earl J. Ebensteiner, SportsEngine 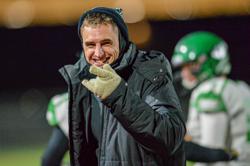