The Cougars, aided by four scoring plays of more than 30 yards, won 38-14 to return to U.S. Bank Stadium for the 6A semifinals. 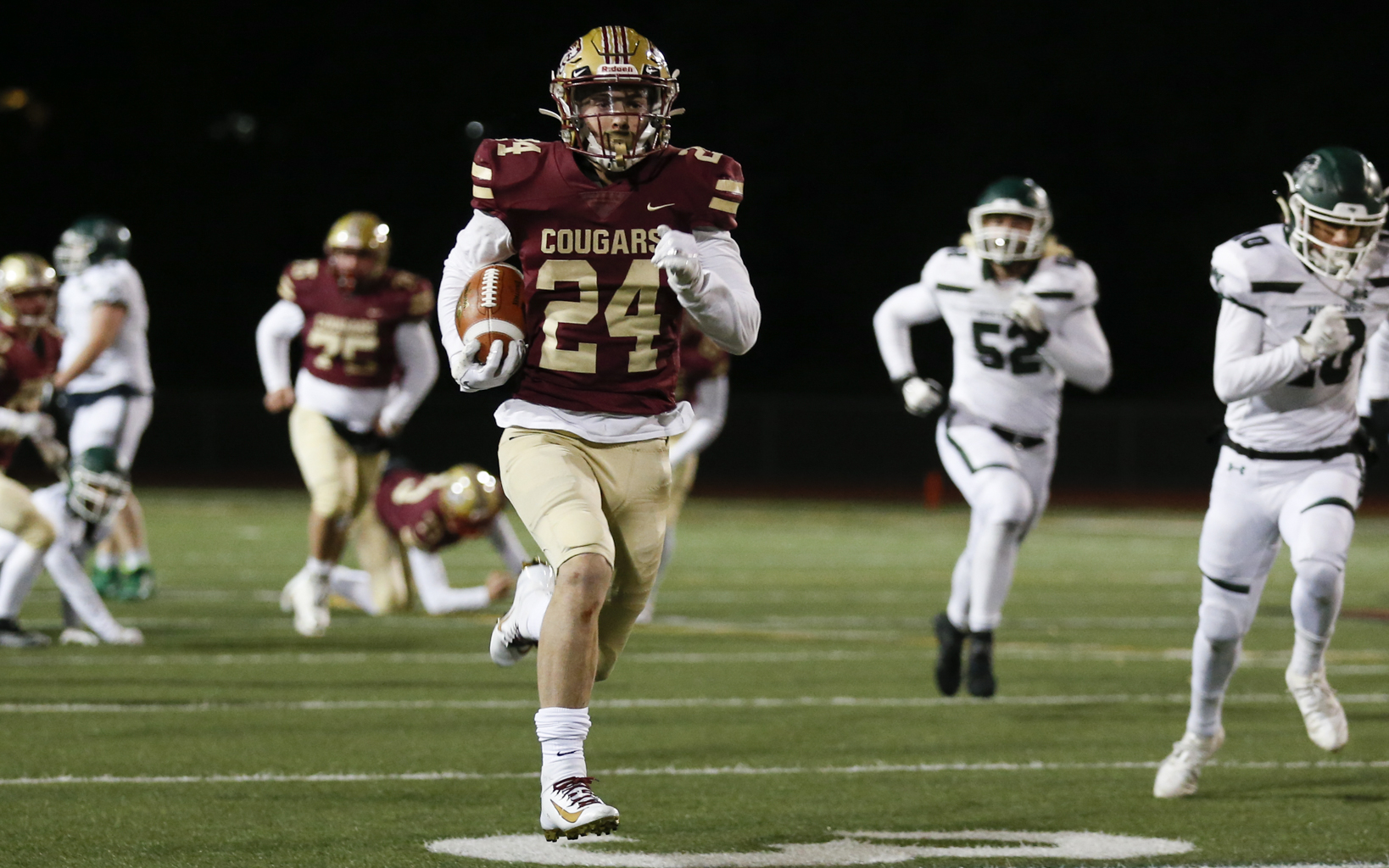 Lakeville South running back Johnny Shabaz (24) sprints down the sideline on his second long TD run of the evening against Mounds View. The Cougars defeated the Mustangs 38-14 at Eden Prairie High School. Photo by Jeff Lawler, SportsEngine

Quarterback Reid Patterson came to the sideline before third down on Lakeville South’s mid-third quarter-drive with a play in mind, something to maintain possession at a moment when Mounds View threatened to take control.

The Mustangs had scored on either side of halftime, cutting their deficit to just three points in the Class 6A quarterfinal Friday. Lakeville South needed to respond.

“He calls probably five or six plays per game — most of the time it’s him running it,” Burk said. “But he’s a guy we trust.”

Patterson sprinted left, shaking a diving tackler off his shoulders to get around the corner, then lowering a shoulder to drive through a would-be tackler. First down near midfield.

On the next play, running back Johnny Shabaz emerged with the ball from the Cougars’ deceptive straight-T formation and a stride he did not break on a long touchdown sprint.

The second-ranked Cougars (10-1) were in charge from there in a 38-14 victory at Eden Prairie High School. Four touchdowns covering 30 or more yards and five sacks by the defense overcame No. 8 Mounds View (8-3).

Lakeville South returns to U.S. Bank Stadium for the semifinals for the second consecutive season. 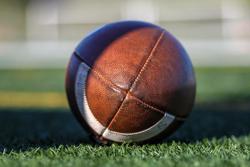 “They’ve got a great team of kids who run hard,” Mustangs coach Aaron Moberg said. “You can be in the right spot and they still make you miss. That’s what makes you bang your head against the wall against these guys.”

Lakeville South extended its winning streak to nine games behind Shabaz touchdown runs of 51 and 52 yards and passing touchdowns from Patterson to George Brekke covering 23 and 45 yards.

Down 17-7 to start the second half, Mounds View forced a Lakeville South punt, got good field position, then scored again. Stenstrom fired to Tate Lahr on a slant for a 33-yard touchdown.

“You could feel the momentum in our favor, big time,” Moberg said. “And then that next drive was a huge one.” 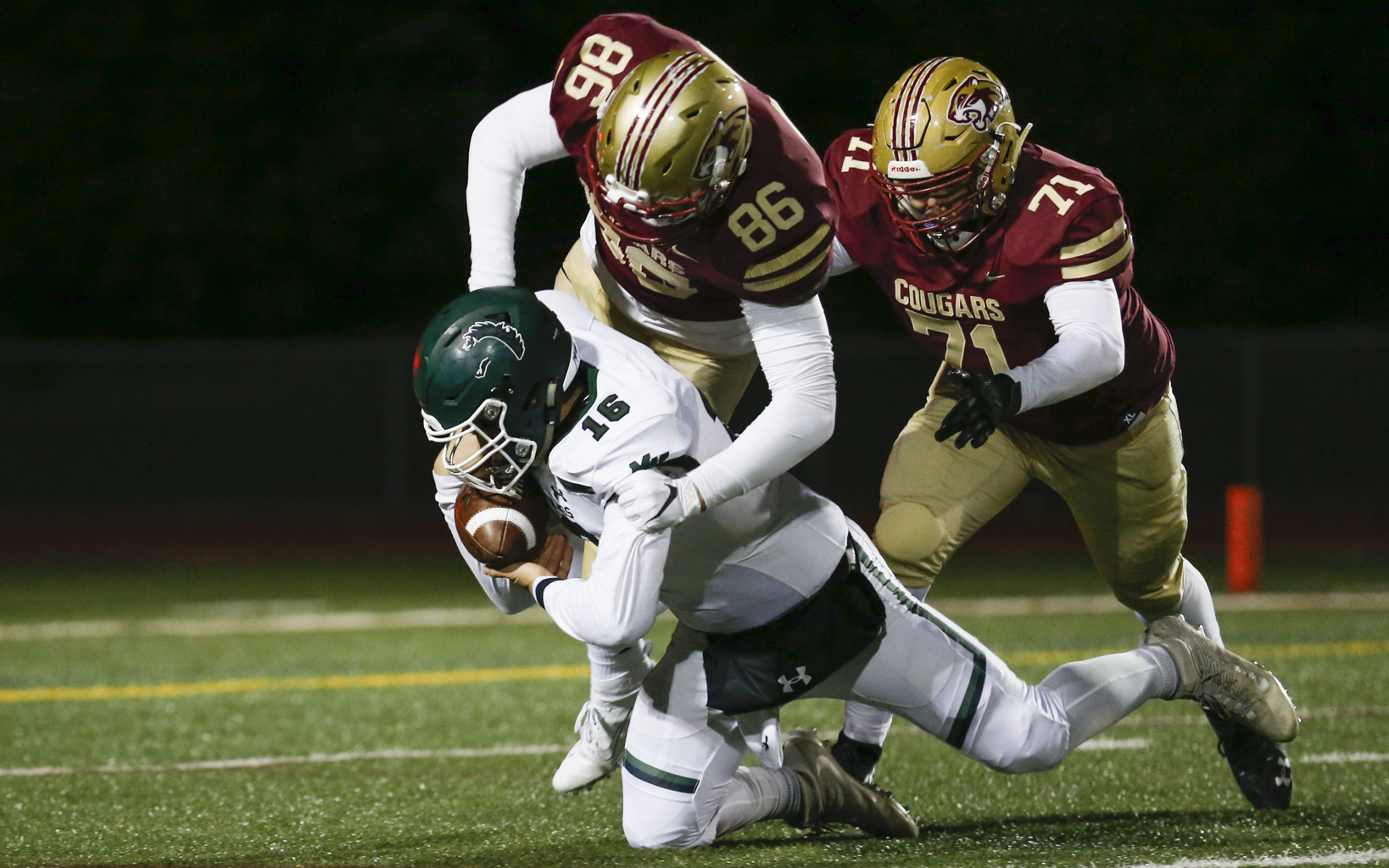 A 38-14 victory for Lakeville South in the Class 6A state tournament quarterfinal Friday sends the Cougars back to U.S. Bank Stadium for the second consecutive season.

Mounds View cut its deficit to 17-14 early in the third quarter. Cole Stenstrom threw to Tate Lahr on a slant and the play went 33 yards for a score. Credit the Mustangs defense for pinning South’s first drive deep, leading to a punt to the Cougars’ 42-yard line.

But Lakeville South answered with gusto. Shabaz emerged with the ball and a stride he did not break on a 51-yard touchdown sprint. The Cougars’ 24-14 lead grew later in the third quarter. Patterson threw to Brekke, who broke a tackle and ran for a 45-yard score and 31-14 lead.

Lakeville South led 17-7 at halftime on a Shabaz 53-yard run and a 23-yard pass from Patterson to Brekke.

Mounds View threated to score on its opening drive. Two fourth-down conversions kept the Mustangs moving. But a final fourth-down try fell incomplete in the end zone and a drive lasting 6 minutes and 36 seconds went for naught.

The Cougars started at their 5-yard line and raced to Mounds View’ 35-yard line on big runs from Riley Haugland and Shabaz. The Mustangs tightened up, ultimately turning Lakeville South over on downs.

The defense put the ball right back in the Cougars’ possession. Dean Cardis tipped a pass and Brekke hauled it in.

Another big Shabaz run, this time for 47 yards to the Mustangs’ 30-yard line, set up another touchdown. A Cougars team that rarely passes got a scoring connection from Patterson to Brekke.