Running back Tyler Schiller gained 194 of his team's 447 rushing yards en route to a 52-14 victory in the Class 4A quarterfinal. 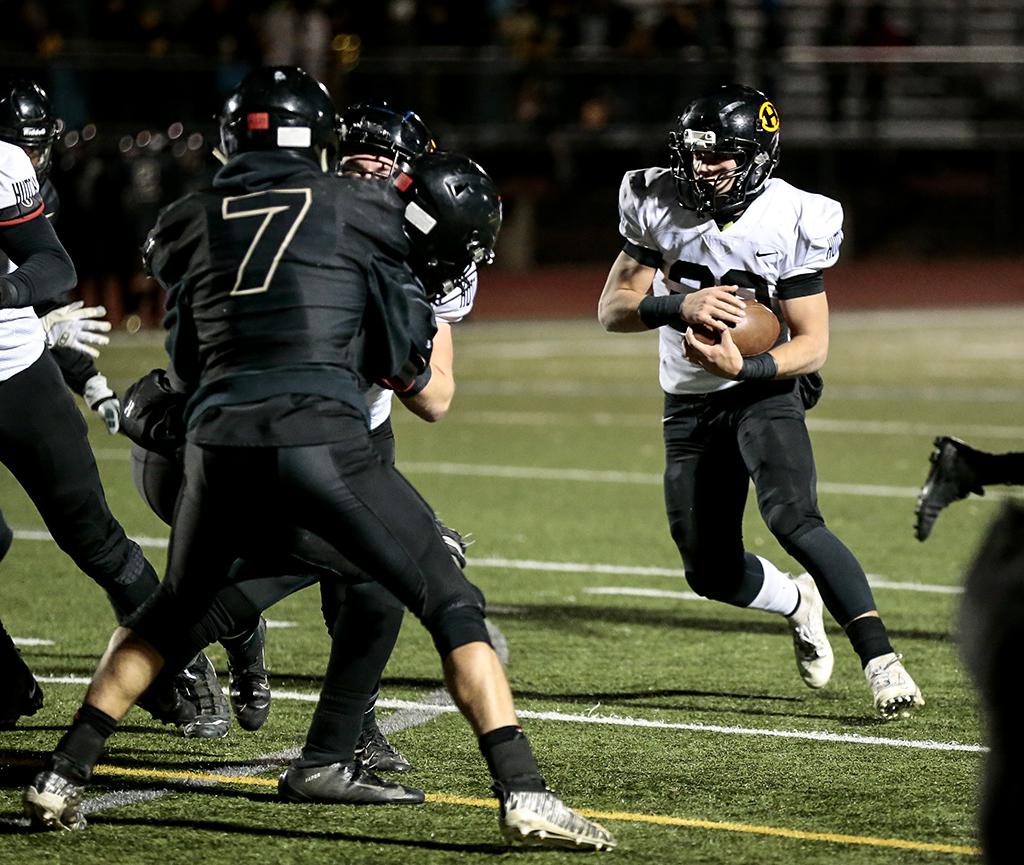 Tyler Schiller scores on a three-yard run giving the Tigers a 15 point lead in the second quarter. Hutchinson moves on to semi-final action next week with a 52-14 win over Fridley. Photo by Cheryl A. Myers, SportsEngine 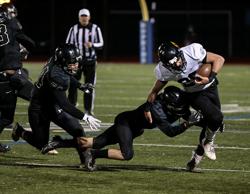 Hutchinson plays a brand of football that’s immune to the elements.

With the temperature dropping below freezing Friday during the Class 4A quarterfinal at Hopkins, the top-ranked Tigers threw just three passes and wore down previously unbeaten Fridley with their power running game and physical defense in a 52-14 victory.

“This is our style when it’s 90 (degrees) too,” coach Andy Rostberg said. “We hand the ball off, run, and play defense. The weather doesn’t hurt us a bit when it’s this cold out.”

Led by senior running back Tyler Schiller’s 194 yards, Hutchinson totaled 447 yards on the ground. Schiller scored touchdowns on Hutchinson’s first two drives before handing over the leading role to teammate Hayden Jensen, who finished with 152 yards.

Schiller gave Hutchinson (11-0) the lead for good with a 40-yard touchdown run late in the first quarter.

“The line was creating holes for me and when I see it, I just put my head down and run right through it,” said Schiller, who has 570 rushing yards in three postseason games.

Hutchinson closed the first half with two consecutive 12-play drives. Senior quarterback Russell Corrigan finished off both with short touchdown plunges to put Hutchinson up 30-7 at halftime.

Meanwhile, Fridley (10-1) struggled to move the ball through the air. Senior quarterback Kaleb Blaha scored his 40th and 41st touchdowns of the season, but completed just nine of 19 passes for 55 yards. Fridley lost in the quarterfinals for the fourth time in five years.

“Our defense was around the ball. When they threw it, we had guys there,” Rostberg said. “Sometimes you have to figure out how fast they are and figure out the right angles. After that first drive, we stymied them.”

Hutchinson returns to the state semifinals for the first time since 2014. The program won back-to-back titles in 2012 and ’13.

“Hutch football is a tradition. We’re a small town, so football is something that brings us together,” Schiller said. “It’s humbling to be a part of that.” 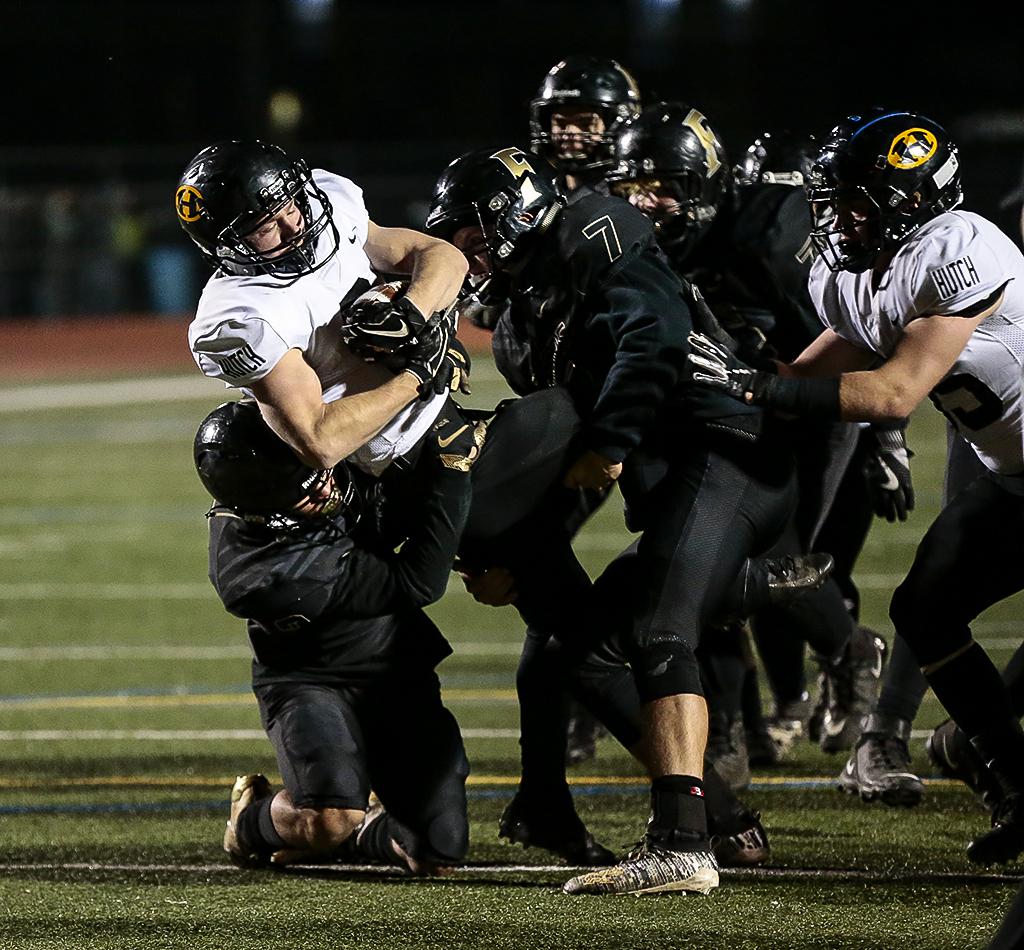 Top-ranked Hutchinson’s relentless rushing attack wore down Fridley on Friday in a Class 4A state quarterfinal.

Hutchinson (11-0) compiled 447 yards on the ground and advanced to its first semifinal appearance since 2014 with a 52-14 victory over previously unbeaten Fridley in Hopkins.

Senior running back Tyler Schiller picked up where he left off when he totaled 376 rushing yards in Hutchinson’s two section tournament games. He capped off Hutchinson’s first two drives with touchdowns and finished with 194 rushing yards on 28 carries.

Teammate Hayden Jensen took over in the second half and added 152 yards.

Fridley (10-1) led briefly after quarterback Caleb Blaha found Terrell Davis for his 40th total touchdown of the season midway through the first quarter. From there, Hutchinson held Fridley to six yards the rest of the half and used its power run game to sustain touchdown drives of 65, 65 and 80 yards.

Blaha completed nine of 19 passes for 55 yards and rushed for a 29-yard score in the fourth quarter.

Fridley lost in the state quarterfinals for the fourth time in five years.