The Panthers' RaJa Nelson scored a rushing touchdown on fourth down in the fourth quarter and later iced a 9-7 victory with an interception. 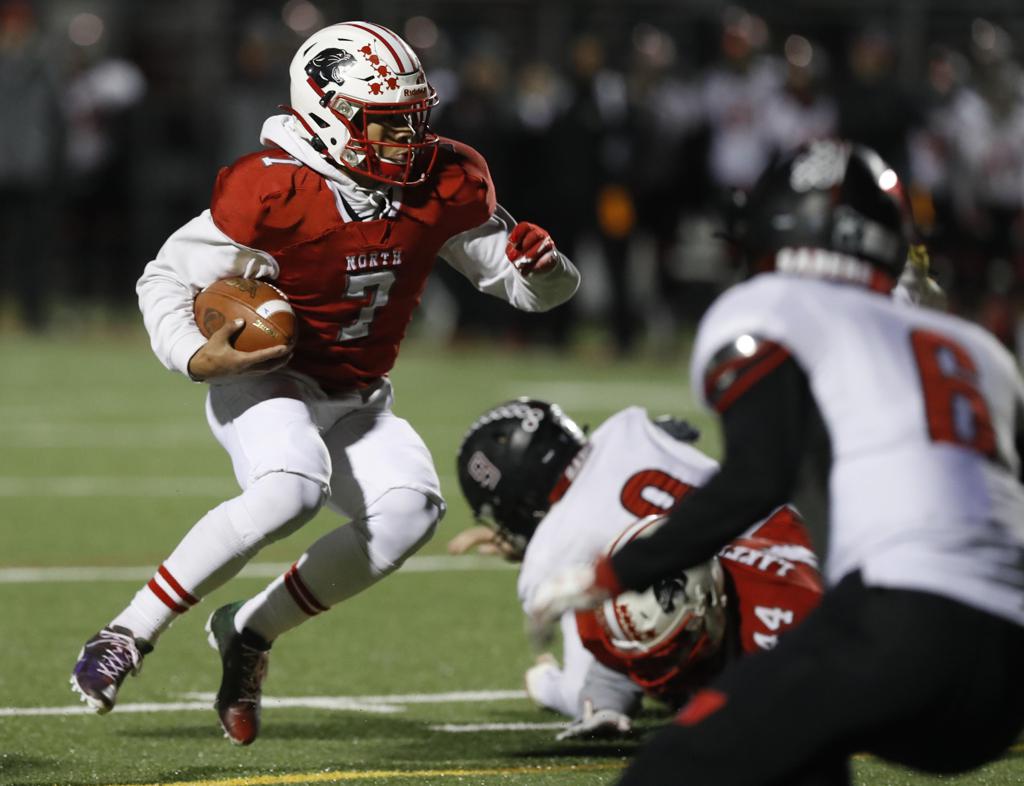 With Shakopee needing a first down to prolong its drive and season, Nelson intercepted a late fourth-quarter pass attempt and iced the Panthers’ triumph in a Class 6A quarterfinal Thursday at Stillwater High School.

Clarity was needed because Nelson also began playing quarterback this season. And his efforts behind center meant as much as the late-game interception.

On a night when penalties and near misses, coupled with a stout Shakopee defense, threatened to derail defending champion Lakeville North, Nelson found a way.

The go-ahead score came on his 7-yard touchdown run on fourth down with 4:56 left in the fourth quarter.

“We had to grind this harder than maybe we had hoped,” Vossen said. “I’m proud of every guy for continuing to believe we could win. Everyone is good at this stage and Shakopee played super tough.”

Shakopee led 7-0 at halftime on an 11-yard David Bigaouette touchdown run. The Sabers’ quarterback, expertly executing the veer offense, faked a handoff and then took off with the ball. A Panther defender completely spun Bigaouette around, but he kept churning his legs. He broke two additional tackles on his way to the end zone.

Shakopee’s defense, which Nelson hailed as “probably the best we’ve faced,” turned Lakeville North over on downs midway through the fourth quarter.

“I am super proud of these guys,” Sabers coach Ray Betton said of the defense. “All 14 of them that played were dogs. Tough kids. Gritty. They played hard.”

So did the Panthers. One play after Shakopee’s big stand, another defensive play changed the momentum. Nick Mines intercepted a Bigaouette pass attempt and the Panthers went on to score the deciding touchdown.

Nelson then grabbed his big interception.

“I could see something was coming my way,” Nelson said. “I just sat back, waited, baited it and the hands took over from there.” 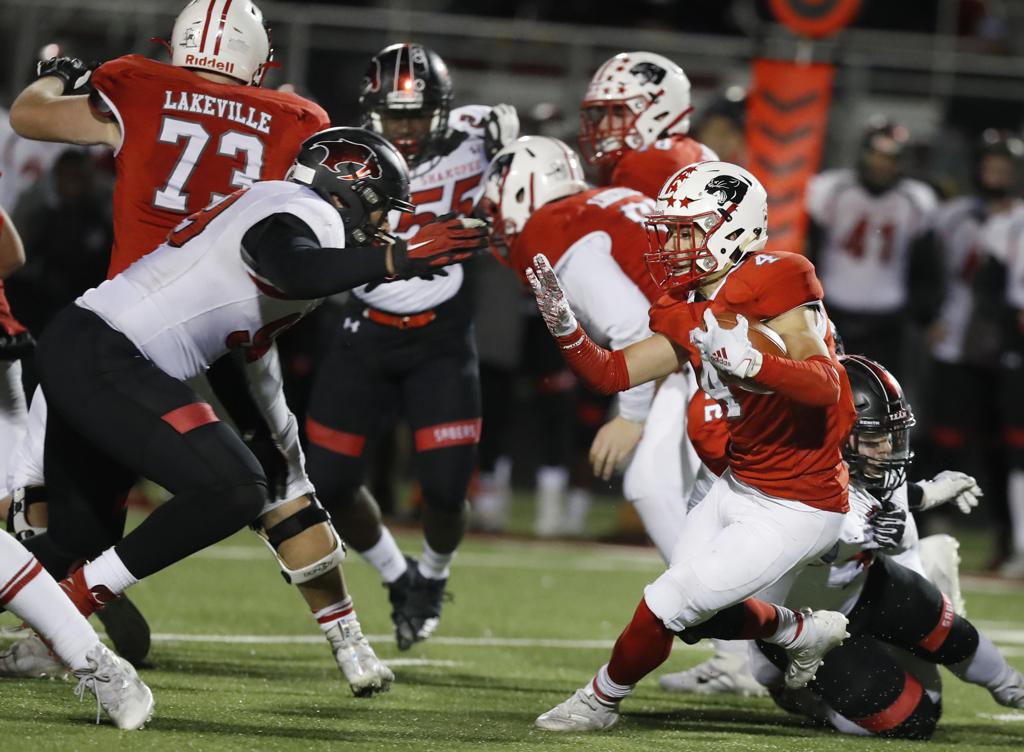 Defending state champion Lakeville North fended off upset-minded Shakopee in a 9-7 victory Thursday in a Class 6A quarterfinal at Stillwater High School.

The go-ahead score, quarterback RaJa Nelson’s 7-yard touchdown run on fourth down, came with 4:56 left in the fourth quarter. Nelson, who also plays cornerback, iced the game with an interception.

Shakopee scored its only points late in the second quarter on an 11-yard run by quarterback David Bigaouette, giving the Sabers a 7-0 lead at halftime.

Lakeville North narrowed the margin to 7-3 with a field goal in the third quarter.