Playing without key running back Shawn Shipman, the Rebels and quarterback Jaice Miller controlled the game from the outset, using time-consuming drives to score. 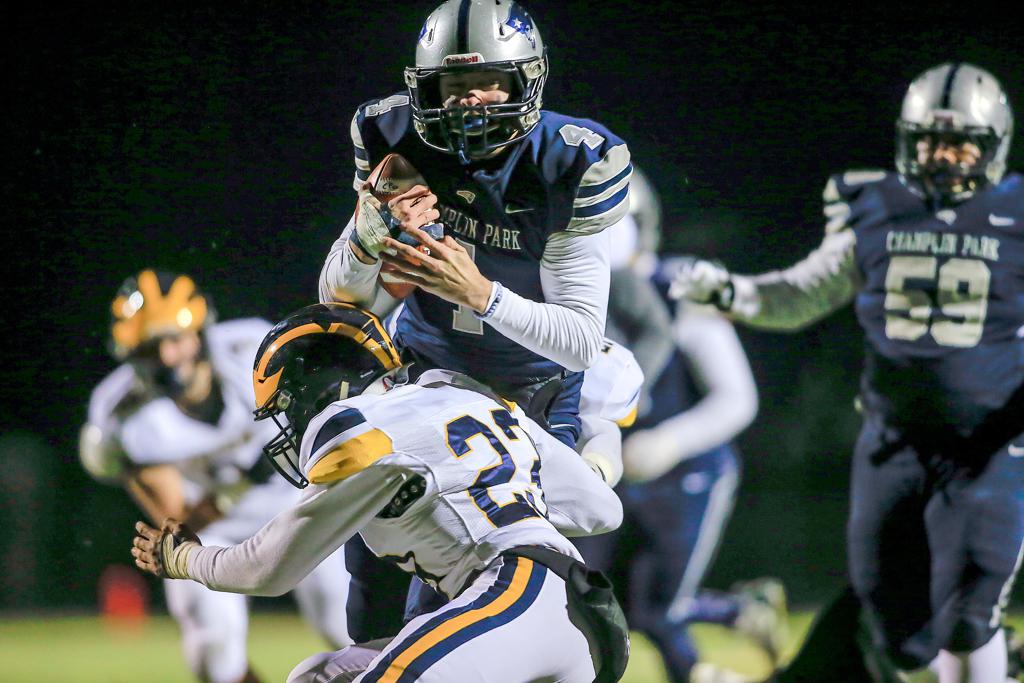 “I told him ‘We’re putting the ball in your hands. I know you’re going to do great. Now, let’s go out and play,’ ” Keenan said.

And play Miller did. The senior had his best game of the season, rushing for three touchdowns and throwing for two more to lift the Rebels to a surprisingly one-sided 34-7 rout of Rosemount in the Class 6A quarterfinal at Park Center High School. 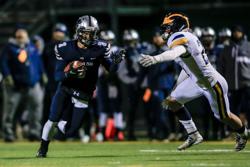 Surprising because Rosemount was surfing a four-game winning streak and coming off a seismic 18-17 thriller over Eden Prairie, and because Champlin Park was playing without workhorse running back Shawn Shipman, who was injured in the Rebels' previous game.

But Keenan knew that Miller, a 6-5 wide receiver converted to quarterback this season, was sitting on a big game.

“We were waiting on Jaice to step it up,” Keenan said. “We told him we’re going to ride him to U.S. Bank. Jaice is a very, very good player. He’s just getting better and better each week.”

Getting Keenan’s text was just what Miller needed to juice up his game.

“I was excited,” Miller said. “He’s defense, so he doesn’t talk to me much. So for him to reach out to me, it got me going.”

While Miller made the flashy plays, he was far from the Rebels' only weapon.

The Champlin Park defense held the Rosemount offense to a single touchdown, the fifth time in the last seven games the Rebels have kept an opponent to single digits.

Miller’s first touchdown, an 11-yard run, was just a sample of what he had in store. After Rosemount scored its only touchdown of the game to take a 7-6 lead, he led the Rebels on a long drive, taking lead back for good, 13-7, on his 4-yard run late in the first half.

Champlin Park put the game away with two touchdowns in a span of less than three minutes in the third quarter. First was an 18-yard screen pass to Givance and a 25-yard burst by Miller. Then the Rebels capped the scoring when Miller threw a 24-yard touchdown pass to Brock Johnson early in the fourth quarter.

While Champlin Park was in control on offense, the defense was asserting itself as well, forcing two interceptions and holding Rosemount without a first down after halftime.

“Our defense is good,” Keenan said. “We’re playing with confidence.” 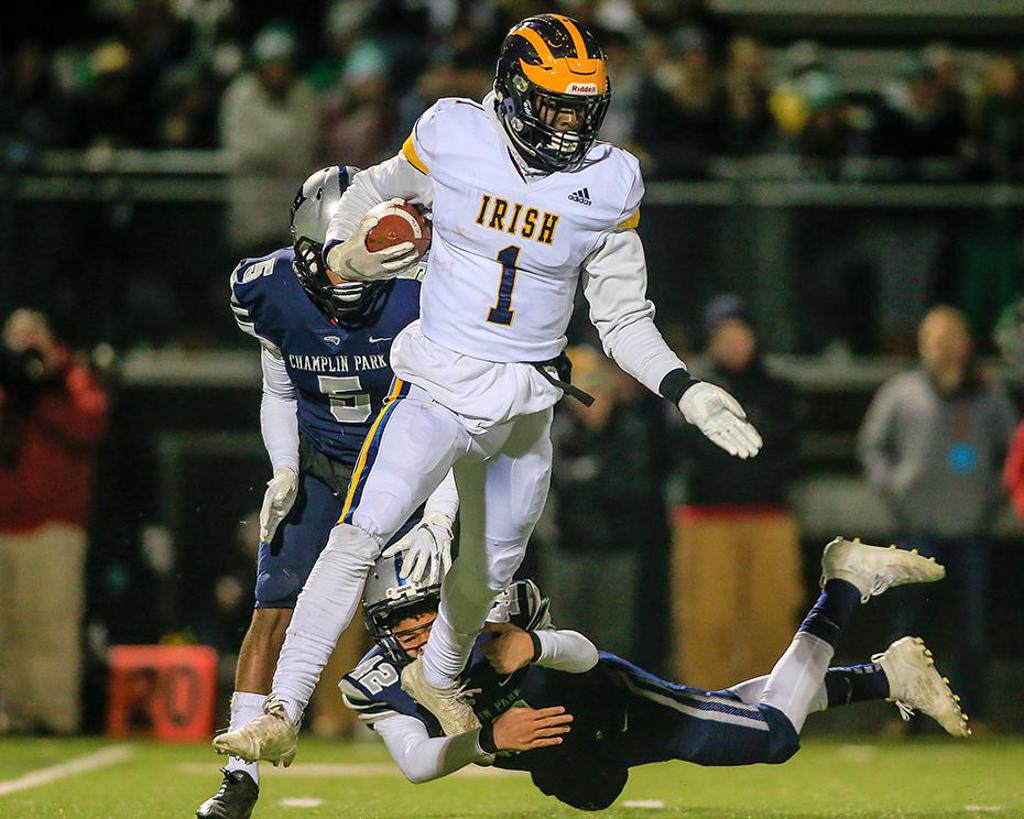 On paper it was supposed to be a tossup. On the field, it was anything but.

Champlin Park had its way with Rosemount, moving the ball with ease and limiting Irish star receiver Jonathan Mann to an insignificant handful of touches en route to a convincing 34-7 victory.

Rosemount went into the game with a four-game winning streak, including a thrilling 18-17 victory that knocked Eden Prairie out of the playoffs last week.

Champlin Park, on the other hand, was missing bellcow running back Shawn Shipman, who was injured in the Rebels' 16-7 victory over Prior Lake in the second round.

But Champlin Park controlled play from the outset. After the teams traded turnovers on their opening drives, the Rebels struck first.

Quarterback Jaice Miller capped a 10-play, 76-yard drive when he followed a crushing block by running back Darius Givance and scooted up the middle for an 11-yard score. A bobbled snap resulted in a failed extra point and the Rebels led 6-0.

Rosemount showed one of its few signs of fight two possessions later early in the second quarter. On fourth-and-1 call, Christian Graske took a toss sweep around right end and slipped through the Champlin Park defense for a 24-yard score and a 7-6 lead.

That lead was short-lived. The Rebels took the ensuing kickoff and put together the most impressive drive of the first half. They drove 67 yards in eight plays, picking up yards in significant chunks on nearly every play. Miller put the finishing touches on the drive with a 4-yard quarterback draw, again following a key block by Givance.

The Rebels led 13-7 at halftime after having controlled play for most of the half.

Things snowballed on Rosemount in the third quarter. Champlin Park took the kickoff and embarked on a 13-play, 79-yard drive that took 6:49 and ended with an 18-yard screen pass for a touchdown by Givance.

Rosemount was intercepted three plays later and Champlin Park quickly turned it into points on Miller’s third touchdown, this time from 25 yards out.

The Rebels capped the scoring early in the fourth quarter when Miller hit Brock Johnson for a 24-yard touchdown on third-and-18, making the score 34-7.

Rosemount finished the season 7-4. Champlin Park improved to 9-1 and will play Lakeville North in the Class 6A semifinals next Thursday at U.S. Bank Stadium.