Shakopee, in just its second state tournament, takes on defending champ Lakeville North while Champlin Park gets a rematch of a regular season game against Rosemount. 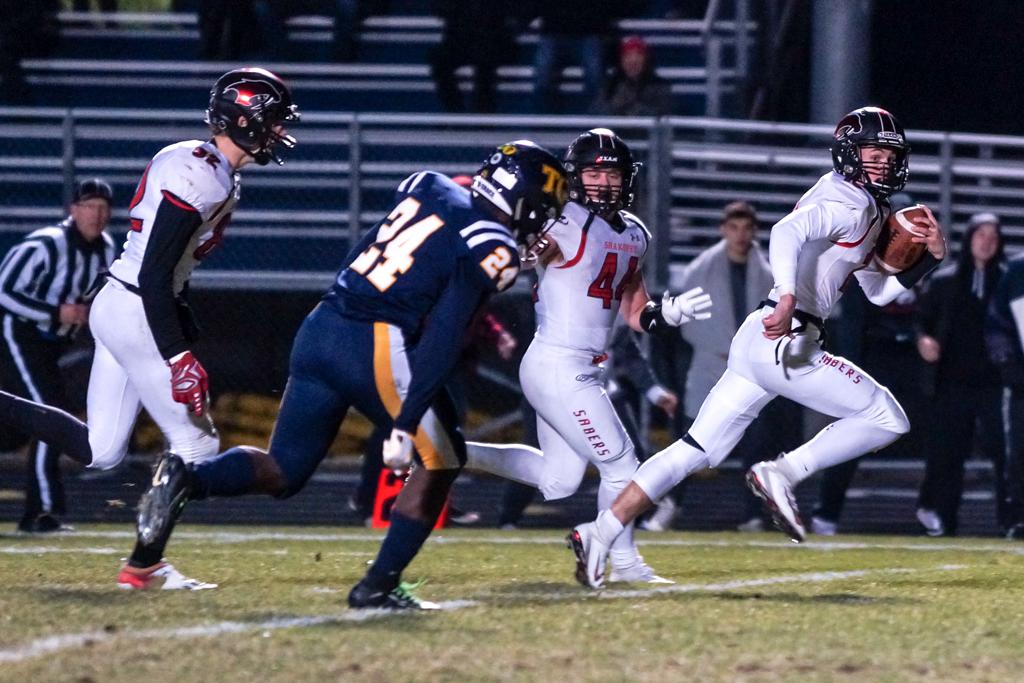 And the comeback begins. Staff writer David La Vaque (18-22 overall) had the better of the picks last Friday, selecting four of five winners. Jim Paulsen (31-9), on the other hand, wilted in the postseason glare, getting just two of five right. Here are their takes on the state tournament games on Thursday.

Jim says: Two gritty squads that play sore-loser defense but have enough playmakers to keep those defenses honest. Rosemount’s last loss was Oct. 4, to Champlin Park. The Irish know what to expect from the Rebels. And defeating Eden Prairie last week is a confidence-booster. Rosemount 20, Champlin Park 10

David says: Champlin Park’s defense, led by linebackers Obi Evuleocha and Noah Link, showed no ill-effects of having a first-round bye. The offense was another matter. Bet quarterback Jaice Miller and his playmakers will be back in rhythm. Champlin Park 24, Rosemount 17

Jim says: Getting this far is a huge achievement for Shakopee, which is making just its second state tournament appearance. But it gets defending champion Lakeville North, which knows what it takes to win at this time of year. Lakeville North 22, Shakopee 6