Scary-good matchups: Star Tribune prep game picksters tell you who gets to state

Can Buffalo pull another upset? What to make of SMB vs. B-SM? Staff writers Jim Paulsen and David La Vaque guide you through a big Friday night, including a couple of regular-season rematch games. 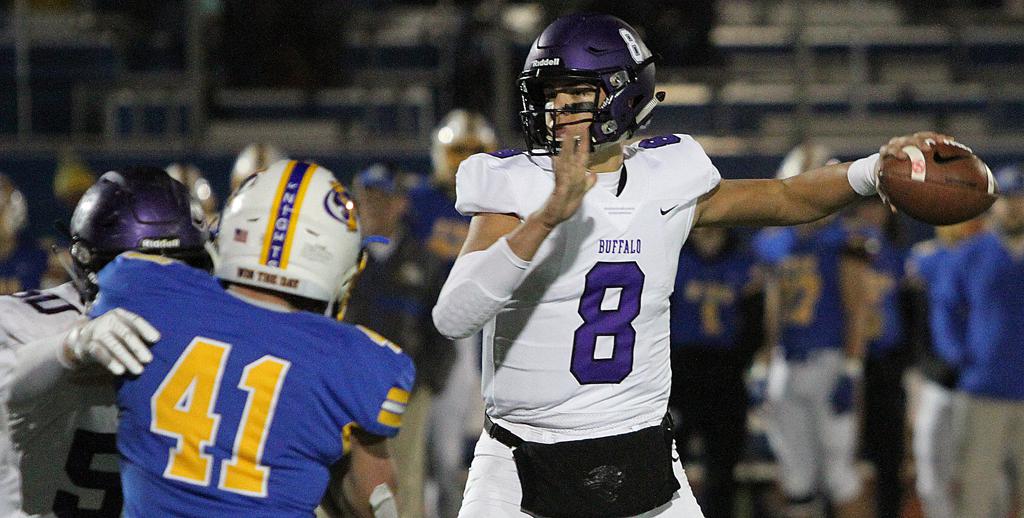 High school football’s freaky Friday is upon us. Crazy plays. Unpredictable bounces and breaks. Wild finishes. All with a state tournament appearance at stake. Victory brings a chance for even greater November success. For the losers, it’s over. Let staff writers Jim Paulsen (29-6) and David La Vaque (14-21) be your guides to the action.

Jim says: Hard-charging Centennial is itching to get another shot at Edina, whom they lost to in the 2017 playoffs and in the first game of the season this year. Centennial 24, Edina 17

David says: A new rivalry features a strong Centennial read-option offense against an Edina team that plays tough until the game is over. Centennial 28, Edina 21

Jim says: This is all about matchups. Mounds View hasn’t seen a quarterback as accomplished as Buffalo’s Aidan Bouman. Can the Bison repeat last week’s upset? Why not? Buffalo 30, Mounds View 28

David says: One loss between them and one can’t advance. That’s a shame. Elk River’s experience and shell-game offense wins the night. Elk River 28, Armstrong 20

Jim says: As talented as SMB is, it has cruised through the season relatively unscathed. The Wolfpack haven’t faced a team that inflicts the kind of punishment they’ll get from the Red Knights. Benilde-St. Margaret’s 28, SMB 24

David says: The Red Knights run hard behind a physical offensive line. But if they fall behind and are forced to throw, SMB quarterback Jalen Suggs will showcase his considerable defensive back skills. Benilde-St. Margaret’s 24, SMB 21

Jim says: After losing to Fridley 20-7 in the regular season, St. Anthony coach Todd Niklaus said he expected to play Fridley again with more on the line. He got his wish, but Fridley has simply been too dominant. Fridley 28, St. Anthony 14

David says: Seven points. No one has scored more in a game against Fridley all season. That’s insane. And that’s why you can’t pick against the Tigers. Fridley 16, St. Anthony 6