Elk River and Rogers played a dandy in the last game of the regular season. Jim Paulsen and David La Vaque don't agree on who will take the rematch. 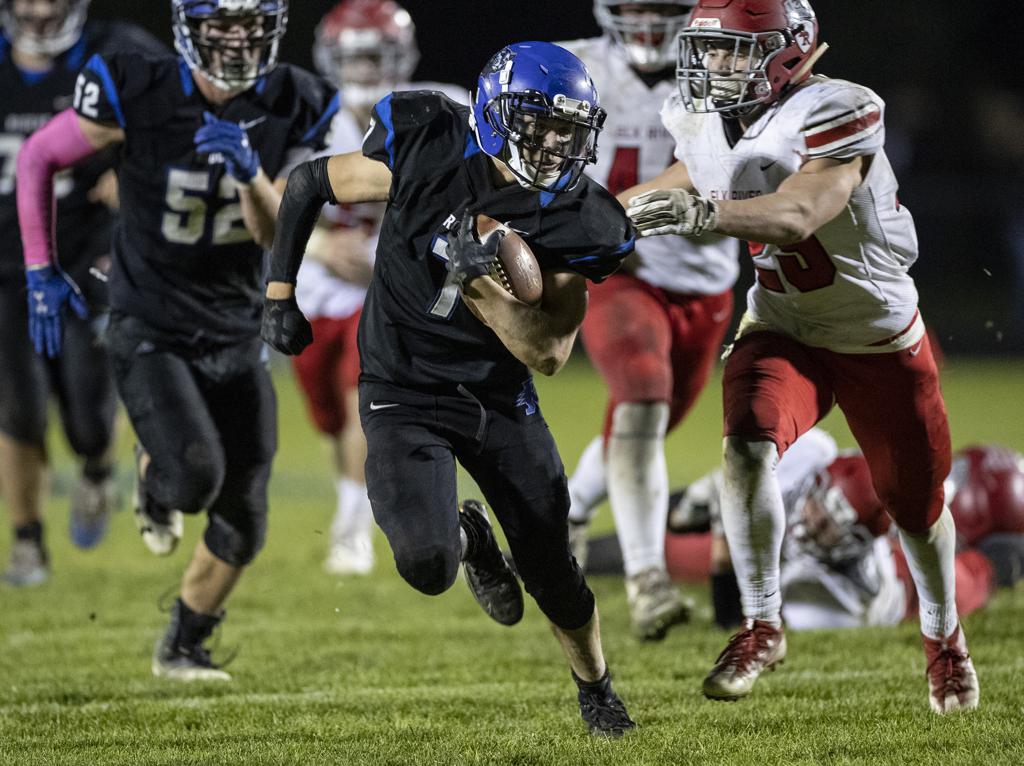 High school sports reporter Jim Paulsen went into Friday’s games with a big lead over colleague David La Vaque, but that was based on regular season results. And just as teams welcome the chance to go into the postseason with a clean slate, La Vaque sees playoff picks as a chance at redemption.

Jim says: A little more than a week ago, Rogers pulled out a thrilling 40-36 victory over the Elks in the regular-season finale. Expect an equally competitive match-up this time around. If these teams played 10 times, each would win five. This round goes to Elk River. Elk River 44, Rogers 34

David says: Both team excel at offensive fireworks and get by on making a few defensive stops. In other words, take the over in this game. Weather-wise, Saturday afternoon looks glorious for teams that can sling it. Rogers can, and that’s why the Royals win. Rogers 49, Elk River 42

Jim says: Southwest and TK Marshall, the most explosive running back in the metro, have had a terrific season. But the swift Hawks, who are playing well and have something to prove. Cooper 39, Southwest 24

David says: Cooper brings too much to this game. Too much offense. Too much experience against top teams. Southwest and its elite running back will have trouble answering. Cooper 35, Southwest 14