The Cougars scored touchdowns the first four times they had the ball. 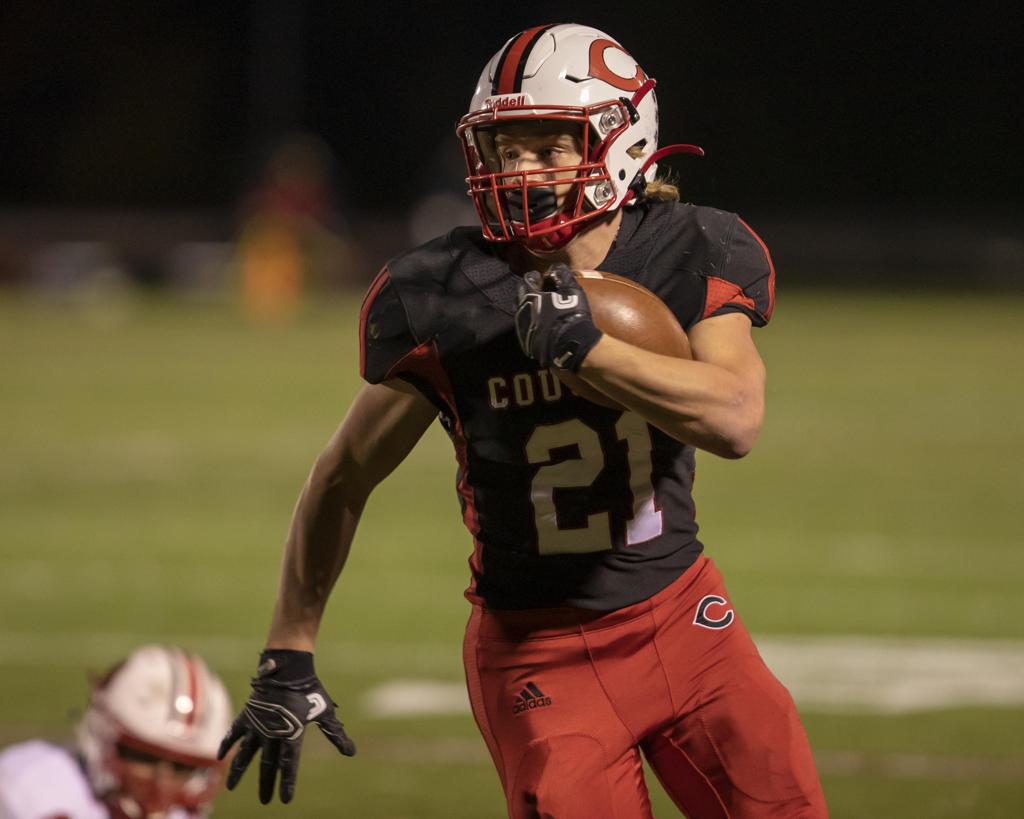 After a season of leaning heavily on quarterback Connor Zulk to carry the offense, Centennial opted to spread the wealth Friday. The Cougars showcased a deep and talented group of backs and a smallish but fast and physical offensive line in a 41-14 rout of Stillwater in the first round of the Class 6A playoffs.

“They took Connor out of it and we saw that,” said Centennial coach Mike Diggins. “Going into the game we thought we could some things. And we didn’t even do some of the things we wanted to.”

What the Cougars did do was plenty. With Zulk running the read-option offense with aplomb, the rushing attack picked up yards in huge chunks. Centennial scored the first four times it had ball in the first half on drives of seven, five, five, and four plays and finished the game with almost 400 yards on the ground.

Zulk scored the first two touchdowns on runs of 2 and 11 yards as Centennial built a 14-0 lead early in the second quarter.

Stillwater cut the deficit in half on 45-yard scoring pass from quarterback Casey Venske to fullback Nick Schendler. But any momentum the Ponies built dissipated quickly. Centennial marched smartly downfield on the ensuing possession and regained its two-touchdown lead on a 29-yard run by Larson.

The Cougars came out after the break and cemented the outcome with a nine-play, 81-yard drive that ended with a 21-yard touchdown pass from Zulk to Larson. That made the score 35-7, quashing any lingering doubts.

Centennial sat its starters in the fourth quarter. The backups added to the lead when Dominic Zimprich raced 66 yards for a score.

Stillwater scored one last touchdown on a 33-yard reception by Max Richardson for the final score.

Centennial finished with nearly 440 yards of total offense behind an offensive line with no starter bigger than 235 pounds. Small, perhaps, but together they consistently blew open holes in the Stillwater defense.

"The joke is I’d be the third-biggest lineman on the team at 214 pounds,” Diggins said. “We’re very small, but we’re going to come off [the line] and get into you.”

“It was amazing,” Larson said. “Seeing everybody get involved in a section game like that was unreal. Our line is playing with a crazy attitude. They come into every game, knowing they can dominate.”

Centennial, using an effective read option offense,  scored the first four times it had the ball en route to a 41-14 victory over Stillwater.

The Cougars put together drives of seven, five, five and four plays, all of which ended in the end zone.

Connor Zulk rushed for two touchdowns and Noah Larson ran for one and caught a touchdown pass for Centennial (7-2), which rushed for 216 yards on just 21 carries in the first half.