Quarterback Riley Larson led the Raptors, who trailed by 12 late, in back-to-back scoring drives that included an onside kick recovery. 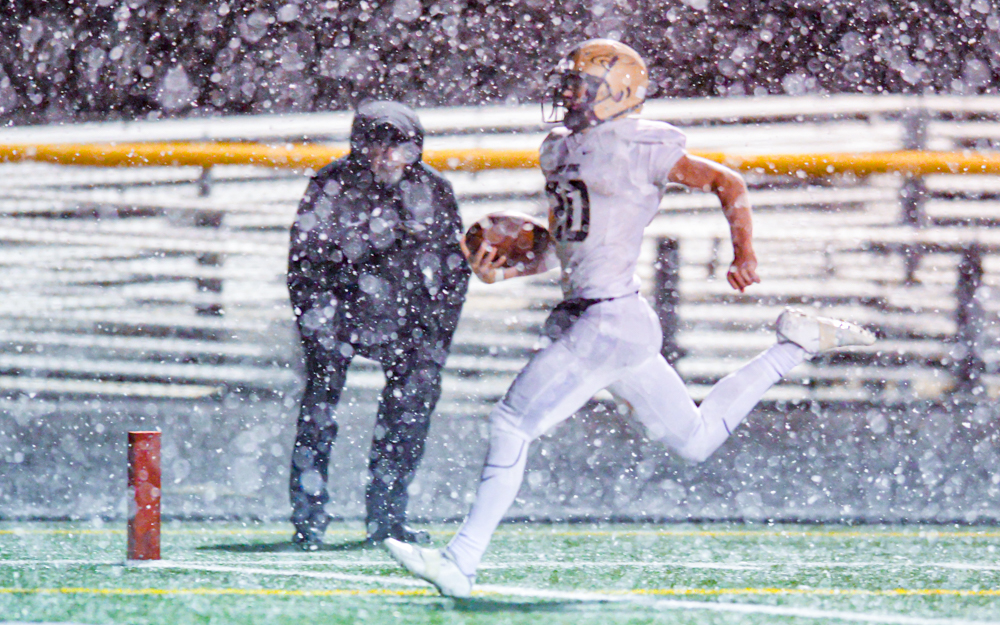 East Ridge is best known for operating its offense through the run.

Whether it be a handoff or the option, the team relies on its rushing attack to move the ball down the field. However, when trailing by two scores with about four minutes remaining on the game clock, it helps to have some passing ability in the back pocket.

First, Larson found receiver Nolan Goetz for a 16-yard touchdown pass with 1:27 left on the clock. Following an onside kick, he scored on a 32-yard run for what ended up being the game-winning touchdown.

"It was insane, the things that happened," Larson said, reflecting on a night that featured 81 total points. "I can't control any of that. I'm very thankful it came our way, but that is one hell of a team right there." 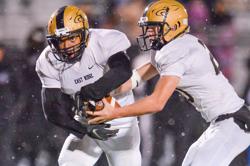 Even after Larson scored with 1:18 left, the Mounds View offense did not quit. With a quarterback like Cole Stenstrom, who completed 24 passes for 380 yards, the Mustangs, ranked No. 7 in the Class 6A statewide Associated Press poll, marched the ball into East Ridge territory. But with nine seconds on the clock, the Raptors’ Nate Witte intercepted a pass on his team's 1-yard line to end the threat.

"There were a little bit of nerves, but we battled through it," Witte said of the final drive.

The Mustangs entered Friday’s tilt with a defense allowing an average of 10.7 points per game. But it was the offense that helped dig Mounds View out of an early first-half hole.

Trailing 28-14 at halftime, Stenstrom ran for two second-half TDs and passed for another in the Mustangs’ comeback attempt.

KJ Moore did plenty of damage in East Ridge’s initial flurry, scampering for three of the Raptors' four touchdowns in the first half.

The victory should help the Raptors move on from their 21-10 home loss to crosstown rival Woodbury from just a week ago. Before last week, East Ridge had put together a three-game winning streak.

The late surge from the Mustangs Friday could have led to another Raptors’ loss, facing a 40-28 deficit with four minutes left. But East Ridge coach Dan Fritze praised the way his players focused on handling the plays they needed to win, rather than dwelling on the multiple-score deficit.

However, neither team will likely forget Friday’s wild matchup anytime soon. With a brisk wind, temperatures in the mid-30s, and snow showers, many would have predicted a low-scoring final result.

"Never, never," Fritze said. “It was the most unbelievable game I've ever had." 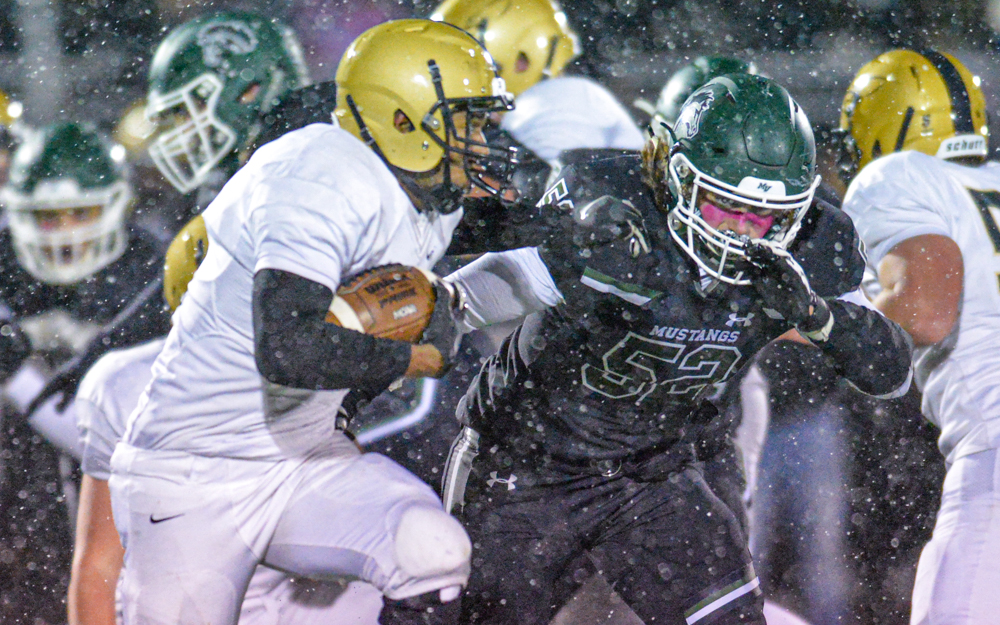 East Ridge didn't let an early October chill halt it from pulling off a wild 41-40 victory at Mounds View, ranked No. 7 in the Class 6A statewide Associate Press poll, on Friday.

Trailing 40-28 with 4:08 remaining on the clock, Raptors quarterback Riley Larson led his team down the field for back-to-back scoring drives.

When Mounds View looked to respond in its final drive, Nate Witte intercepted a pass at the East Ridge 1-yard line to spoil any hope at a comeback.

Mounds View (5-2, 3-2) trailed 28-14 at halftime, but after the break, quarterback Cole Stenstrom rushed for two TDs and passed for another to put the Mustangs ahead.

East Ridge (4-3, 3-2) running back KJ Moore also rushed for three touchdowns in the first half. 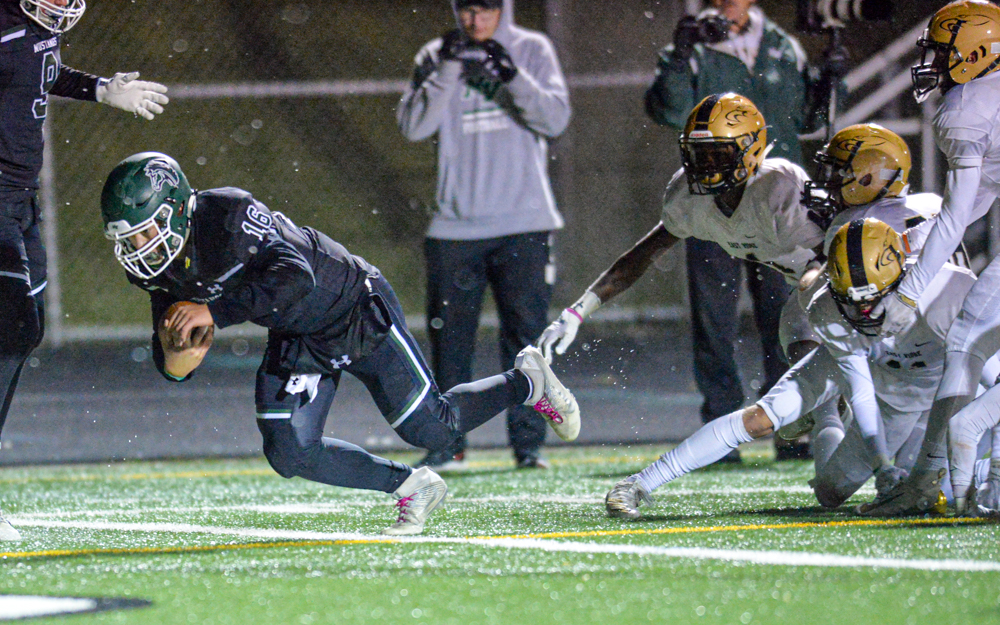