After 18 consecutive victories, defending Class 6A champion Lakeville North lost to intradistrict rival Lakeville South. At the same time, Eden Prairie was being overpowered by Edina. 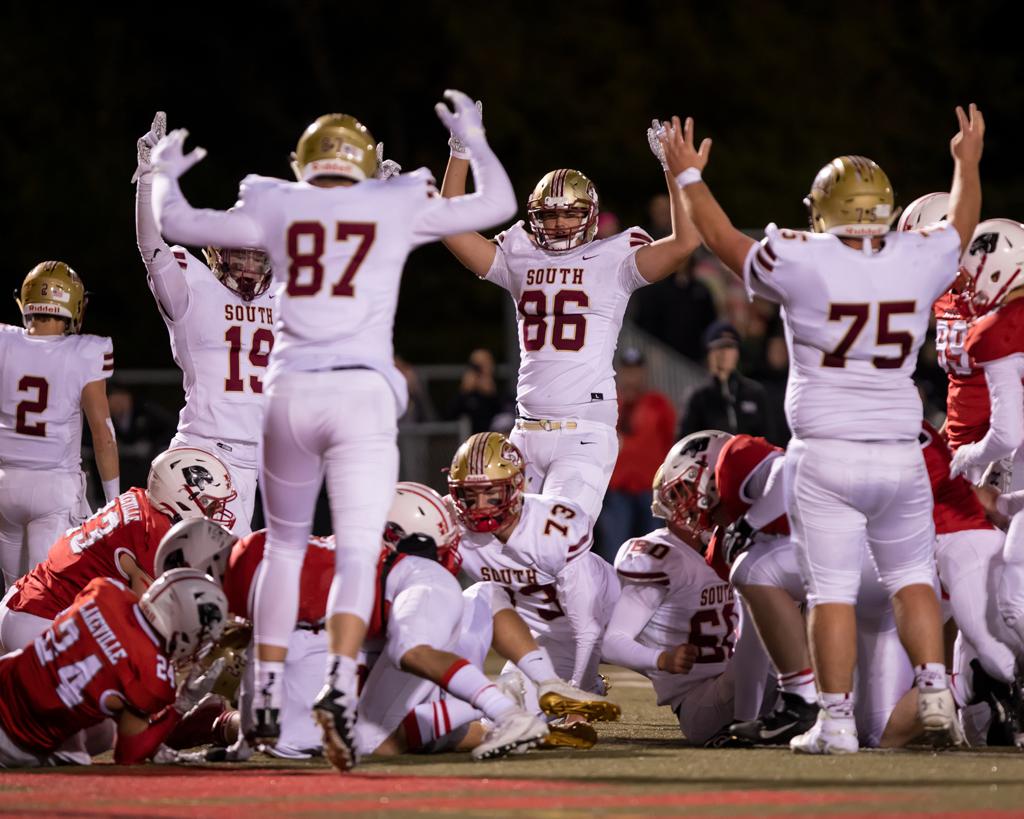 “The times, they are a-changin’.” Bob Dylan

After 18 consecutive victories, defending Class 6A champion Lakeville North lost to intradistrict rival Lakeville South 34-19 Friday. The result was as decisive as the 15-point margin of victory indicated, with South maintaining the two-touchdown lead for much of the game. The Cougars beat the Panthers for the first time since 2010 and claimed the Big Cat Trophy, the traveling trophy that goes to the winner of the yearly regular-season matchup between the teams, for the first time since 2009.

At the same time, Eden Prairie was being overpowered by Edina 21-14. The Hornets offensive line pushed the Eagles around in the second half, scoring twice on a pair of long second-half drives, the kind that have been a hallmark of Eden Prairie for years.

Both Lakeville North and Eden Prairie remain elite high school football programs likely to make deep postseason runs. But for one Friday night, it sure felt like a seismic shift in power in Class 6A.

1. Wayzata (6-0): There was some thought that Wayzata was facing a classic trap game, playing winless-but-still-dangerous Minnetonka after a big victory over Eden Prairie. Nope.

2. St. Michael-Albertville (5-1): The Knights held on to win a close one at Prior Lake. They're finding ways to win tight games.

5. Champlin Park (5-1): Safe to say the Rebels’ 17-14 road victory at Rosemount was their most significant win of the season. Another test is coming up, when they host Totino-Grace on Friday.

7. Totino-Grace (5-1): After going 8-11 in the past two seasons, the Eagles are back. We’ll know how far after Friday at Champlin Park.

9. Farmington (5-1): The Tigers have bounced back from a rough loss to Rosemount in Week 4 the way quality teams do, with back-to-back decisive victories.

10. SMB Wolfpack (Class 4A, 6-0): I’ve had the Wolfpack here all season, a nod to its wealth of talent. But with Hutchinson and Benilde-St. Margaret’s out there, the Wolfpack might not be the best 4A team in the metro.