The Rebels held the Irish scoreless on three fourth-quarter drives into the red zone and held on for a 17-14 victory. 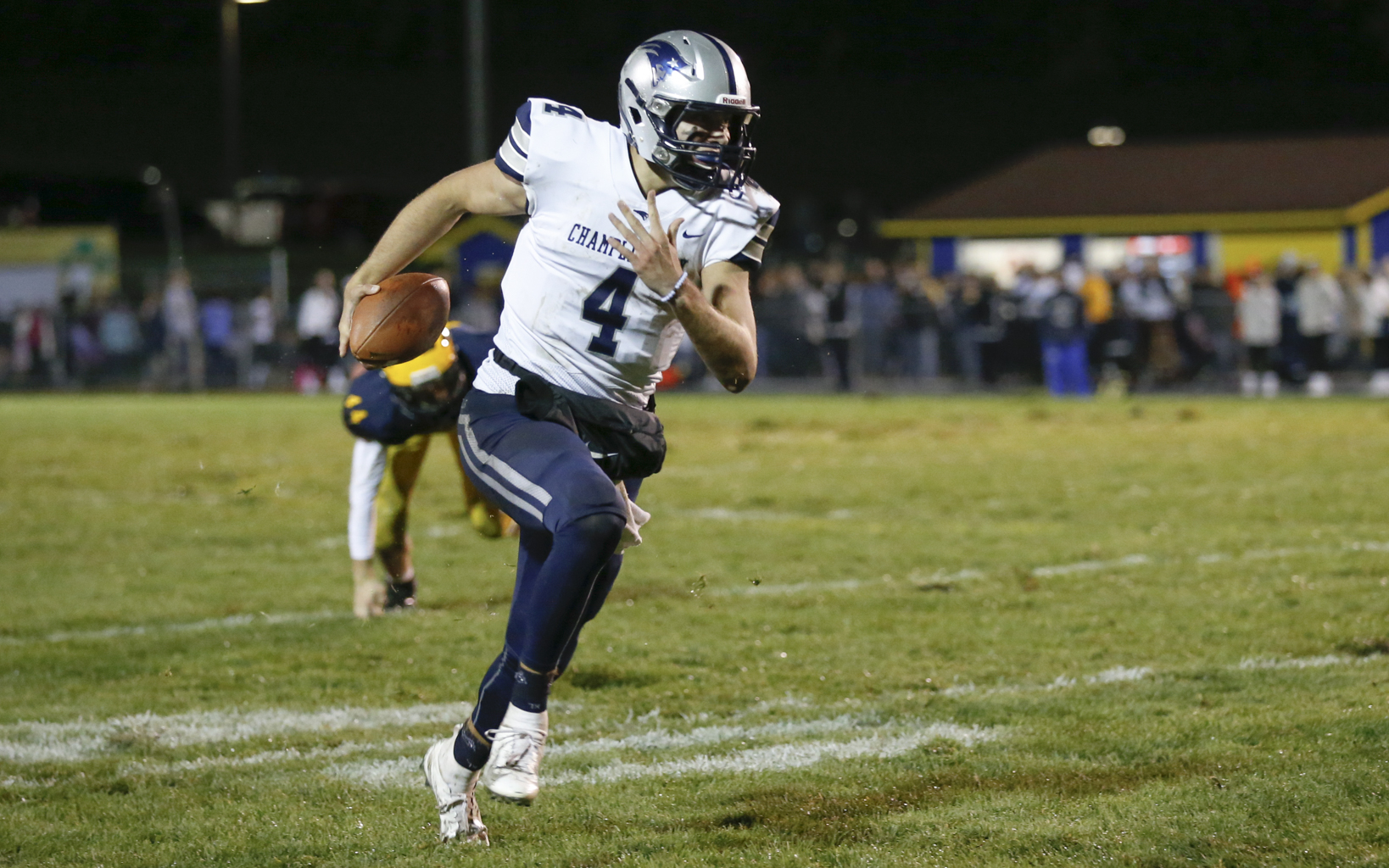 Champlin Park quarterback Jaice Miller (4) raced down the sideline against Rosemount on Friday. Miller threw two touchdown passes in the Rebels' 17-14 victory over the Irish. Photo by Jeff Lawler, SportsEngine 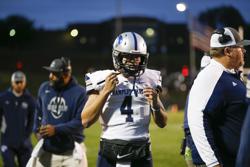 For him, it represented a hard-fought victory his team is proud to have on its schedule as seeding for section playoffs approaches. The Rebels, ranked seventh in Class 6A, traveled to No. 10 Rosemount and made three late defensive stands to escape with a 17-14 victory.

“This was one for the books,” the senior linebacker said. “It meant a lot to us to make the hour bus ride here to come play another top-10 team and come up with the victory.” 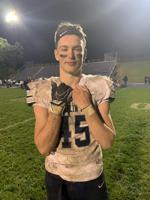 The Rebels (5-1) scored all 17 of their points in the first half. After Noah Vogelpohl’s 26-yard field goal, quarterback Jaice Miller threw a short pass to Brock Johnson, who made a defender miss and raced down the sideline for a 53-yard touchdown. Miller followed with a 25-yard touchdown to Dom Witt that put the Rebels up 17-7 at halftime.

Rosemount (3-2) pulled back within a field goal when Trevor Armborst found Jake Ratzlaff open over the top for a 59-yard touchdown with 3:48 left in the third quarter.

Rosemount drove deep into Champlin Park territory on its final three drives, but the Rebel defense answered each time to preserve the lead. The Irish missed a last chance to tie the score late when the holder couldn’t handle a high snap on a 28-yard field goal attempt.

“We know the schedule is getting tougher and we wanted to make a statement,” Champlin Park coach Nick Keenan said. “This game showed us where we’re at. The kids really stepped up.” 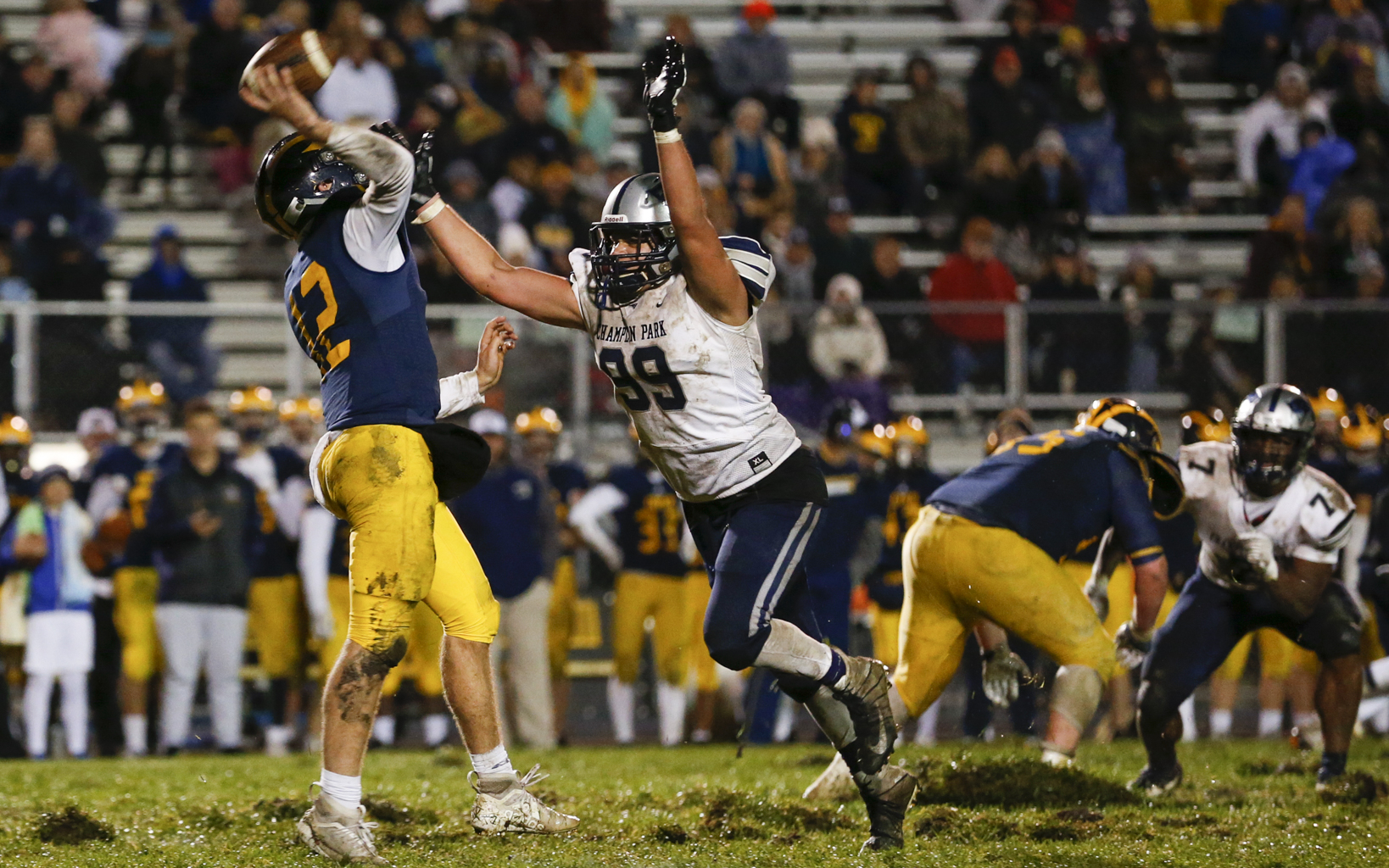 Seventh-ranked Champlin Park didn’t need to score in the second half to hold on for a 17-14 road victory Friday.

Quarterback Jaice Miller led Champlin Park on three first-half scoring drives. His 30-yard completion on third-and-19 set up Noah Vogelpohl’s 26-yard field goal to give the Rebels an early 3-0 lead. In the second quarter, he threw a short pass to Brock Johnson, who made a defender miss and raced down the sideline for a 53-yard touchdown.

The teams traded touchdowns in the final three minutes of the half. Shortly after Rosemount's Christian Graske scored on an 8-yard touchdown run, Champlin Park drove 70 yards in just over two minutes and scored again on Miller’s 25-yard throw to Dom Witt.

Trevor Armborst’s 59-yard deep ball to a wide open Jake Ratzlaff pulled the Irish within 17-14 with 3:48 left in the third. 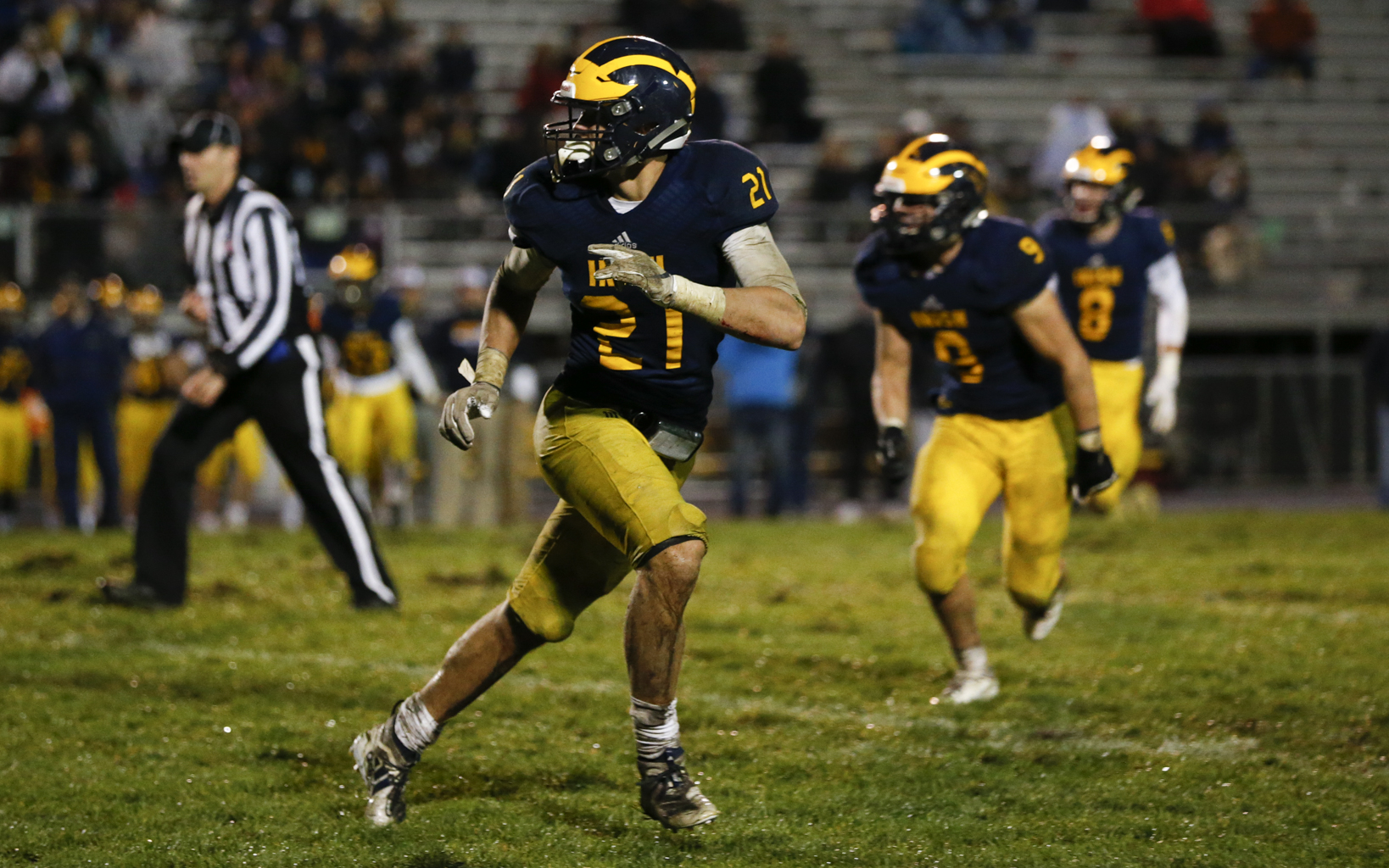 Rosemount's Jake Ratzlaff keeps his eyes in the Champlin Park backfield as he pursues a play. The Irish fell to the Rebels 17-14 at Rosemount High School. Photo by Jeff Lawler, SportsEngine