Star Tribune staff picks differ except on battle of the Lakevilles

The Big Cat Trophy is at stake in the game between Lakeville South and Lakeville North. Other matchups: Coon Rapids vs. Armstrong, Mounds View vs. Cretin-Derham Hall. 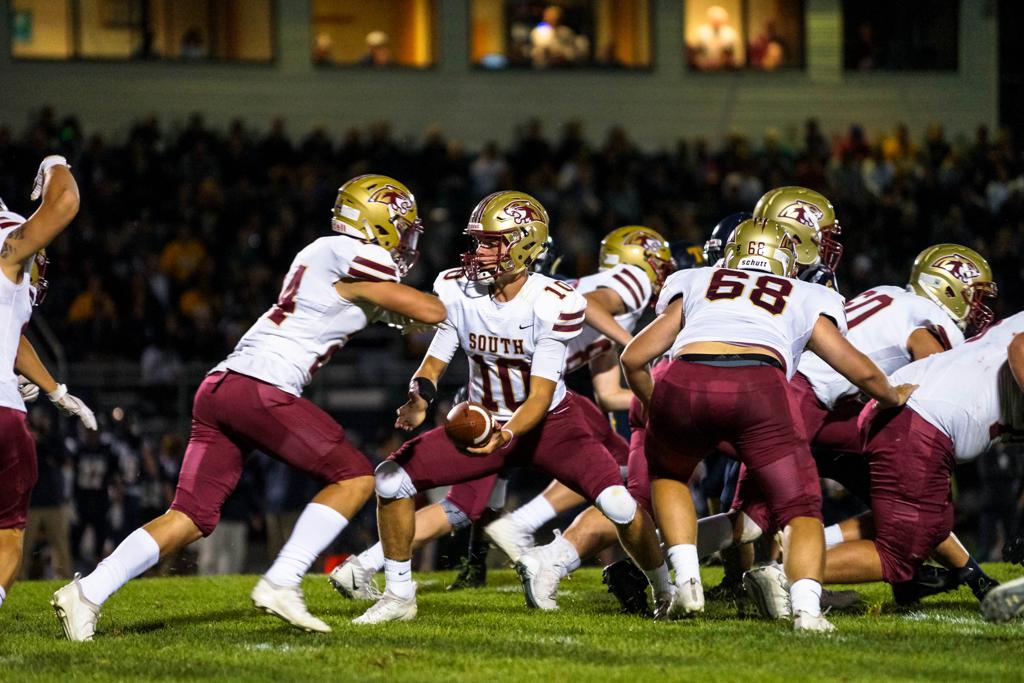 Quarterback Reid Patterson hands off the ball in the Cougars' season-opening game Aug. 29 against Totino-Grace. Photo by Korey McDermott, SportsEngine

David says: This Class 6A state tournament semifinal rematch is one of the state’s best community rivalries. South’s ability to run while mixing in some deep balls will keep North’s defense honest. But the effort won’t produce an upset. Lakeville North 27, Lakeville South 17

Jim says: A true test of where Lakeville South is in the process of building a program. The Cougars have plenty of pieces in place and are appear to be rallying in the face of adversity. But talent tends to win out and QB/DB RaJa Nelson is the biggest difference maker. Lakeville North 30, Lakeville South 14

Jim says: Senior-laden Armstrong has long believed this is its season to shine. So far, so good. Plenty of speed on both sides of the ball, but the Falcons’ passing combo of QB Jake Breitbach and WR Thai Bowman tips the scales their way. Armstrong 26, Coon Rapids 20

Click here for the full football schedule on Friday.