The Tigers, playing their the first homecoming game at night in their new stadium, brought a new experience to the south side despite a 49-14 defeat. 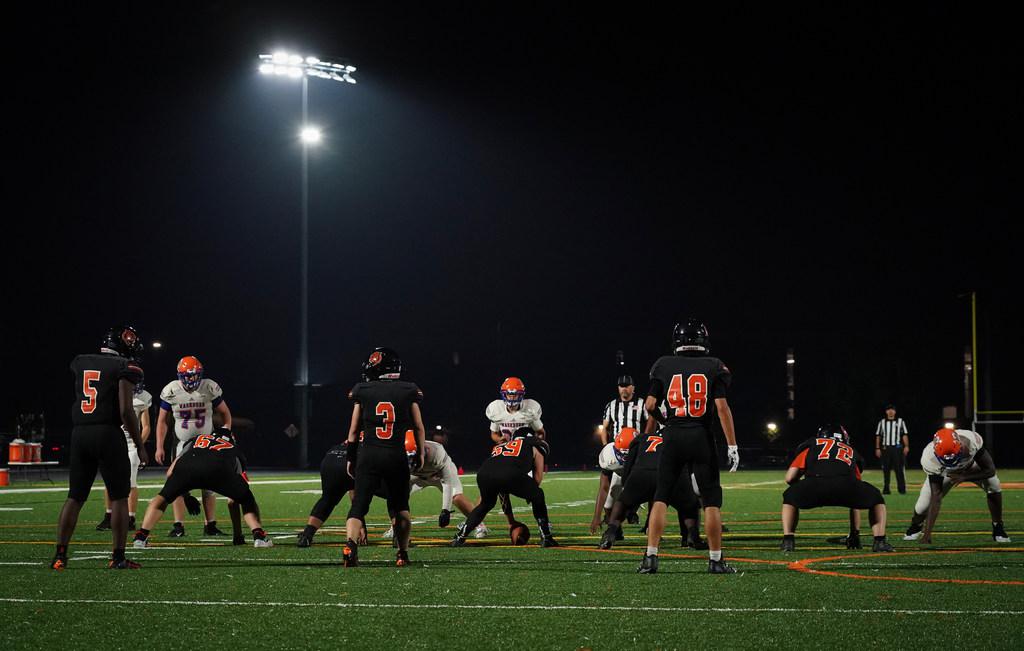 Minneapolis South celebrated its first homecoming football game under the lights after a major restoration at its stadium. Photo: Shari L. Gross • shari.gross@startribune.com

The crowd was a little late to arrive, but that’s easily understood.

Minneapolis South had never played a homecoming football game under the lights before Friday night. This was a new experience.

South opened its remodeled stadium a month and a half ago. The old, hardscrabble patchy grass field has been replaced with synthetic turf, new bleachers, a new scoreboard, a quality sound system.

And lights. For the first time.

Minneapolis Washburn was the opponent, one of South’s most fierce rivals. The perfect foe for this inaugural event. The South band was present, cheerleaders roamed the sidelines, parents staked out prime bleacher seats and students turned it into a social event.

At most other schools, a typical homecoming. At South, a chance to show off a little community pride.

“This [field] just makes you want to be here,” said Athena Garnett, who heads the South Tigers booster club and has two sons, Cassius and Aurelius, on the team. “When I first moved here, I’d look at the field and think ‘This doesn’t make you want to play football.’ But look at it now.”

South came out firing Friday. Behind pugnacious 5-2 quarterback Daniel Avre, the Tigers moved downfield with determination on their first drive, getting a 4-yard touchdown reception by Nate Childs.

“We got off to a great start. We had the momentum,” Avre said. “My first homecoming game as a starter, under the lights. It was special.”

South coach Rodney Lossow gave some of the credit for the opening touchdown to the game atmosphere.

“The kids were excited. You could feel it,” he said. “I think that had to do with why we scored.”

Reality hit soon after. The bigger, more physical Washburn players moved downfield swiftly, tying the game 6-6 on an electric 39-yard run by Sir’Vell Miller.
The sun began to set and the lights came up, giving the game a glow rarely seen at South. On the field, Washburn, with running back/linebacker Ramon Lee Jr. (three touchdowns) asserting himself, built a 17-point halftime lead.

The Millers cruised in the second half, winning 49-14. A loss for South, yes, but Friday was all about the experience. For the first time in team history, its homecoming was an event that measured up to anything found in the suburbs.

“It was a great atmosphere tonight,” Lossow said. “A great crowd on homecoming. You could feel the excitement. It was fun.”

Despite the loss, Garnett said it was a memorable evening. “The stadium filled up, everyone was having a good time. We needed this,” she said.

Said assistant athletic director Tony Stewart: “In 31 years, this is the most people we’ve had at a game. I know our bleachers seat about 1,100 and it’s pretty full.”

Stewart pointed toward the west end zone where the lights of downtown Minneapolis shone through evening haze.

“Look at that skyline,” he said. “It doesn’t get any better than that.” 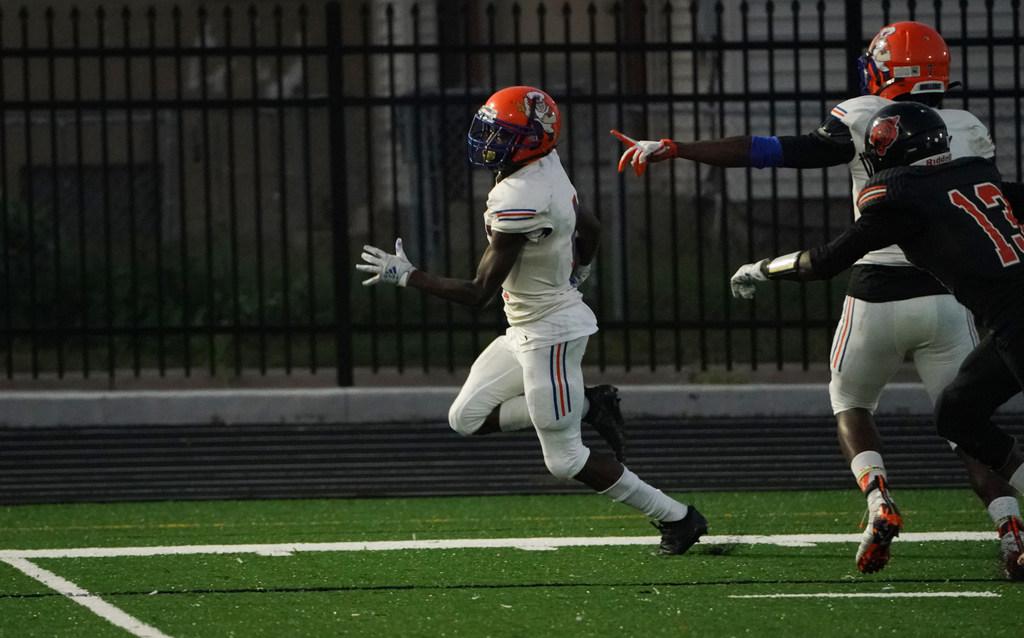