Tigers quarterback Russell Corrigan rushed for two touchdowns and threw a two-point conversion pass to lead his team to a 16-13 victory. 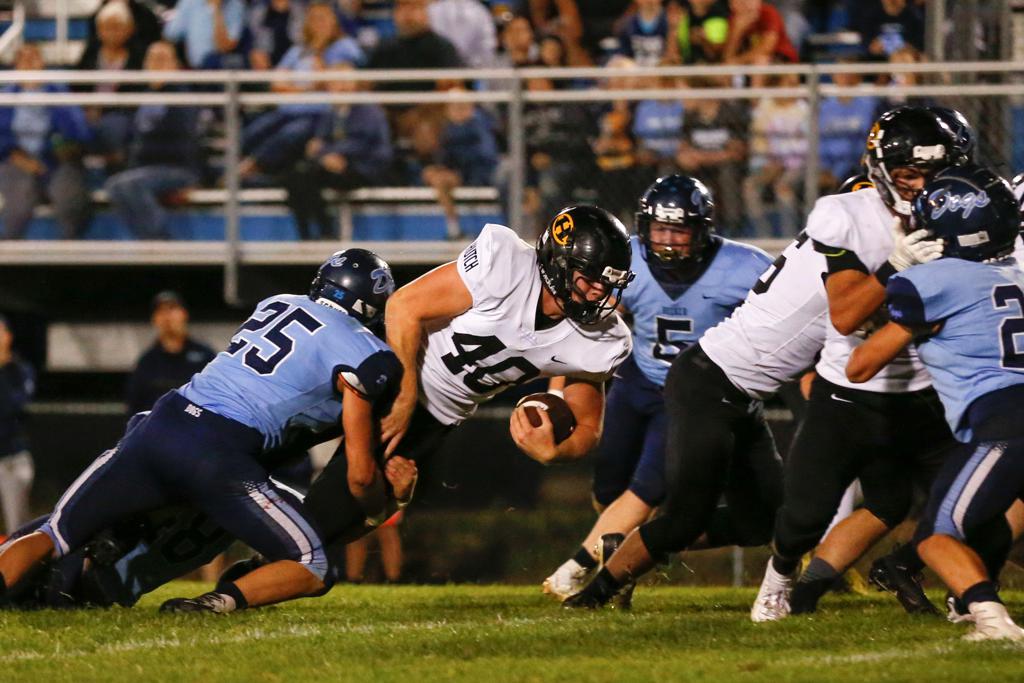 Hutchinson quarterback Russell Corrigan rushed for two touchdowns and completed a two-point conversion pass to lead the Tigers to a 16-13 road victory over Becker.

The Tigers (2-0), who went unbeaten in the regular season last year, rushed for 183 yards, led by Tyler Schiller with 79. Their defense forced a turnover on downs inside its own 10-yard line on Becker’s first drive and held off a final Bulldog drive late in the game.

“Our defense came up big,” said Hutchinson coach Andy Rostberg, in his 21st season leading the Tigers. “They just kept coming. They just kept playing hard, trying not to give an inch.”

Hutchinson’s first touchdown came early in the second quarter, when Corrigan, a senior who played tight end last year, scored from 2 yards out to cap an 11-play drive. The Tigers took a 16-6 lead on Corrigan’s second touchdown, which came early in the fourth quarter on a three-play, 28-yard drive.

Becker (1-1) scored on the next possession to make it 16-13 and took over on offense on its own 4-yard line with 2:41 left in the game. It advanced the ball 42 yards before four incompletions sealed Hutchinson’s victory. 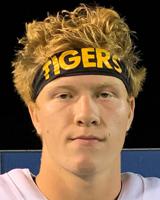 Corrigan rushed for 54 yards, passed for 95 and returned a Becker onside kick attempt 35 yards late in the game. He praised his defense: “They all just fly to the ball.”

Senior Josh Fobbe rushed for a touchdown and threw a scoring pass to Cade Callahan for the Bulldogs (1-1). Fobbe was 21-for-45 for 240 yards.

“We had trouble with their heavy run game,” said Becker coach Dwight Lundeen, in his 50th season. He said Hutchinson’s run game is effective because of the size of its offensive line and of Corrigan.

“They just knock us off the ball,” he said. 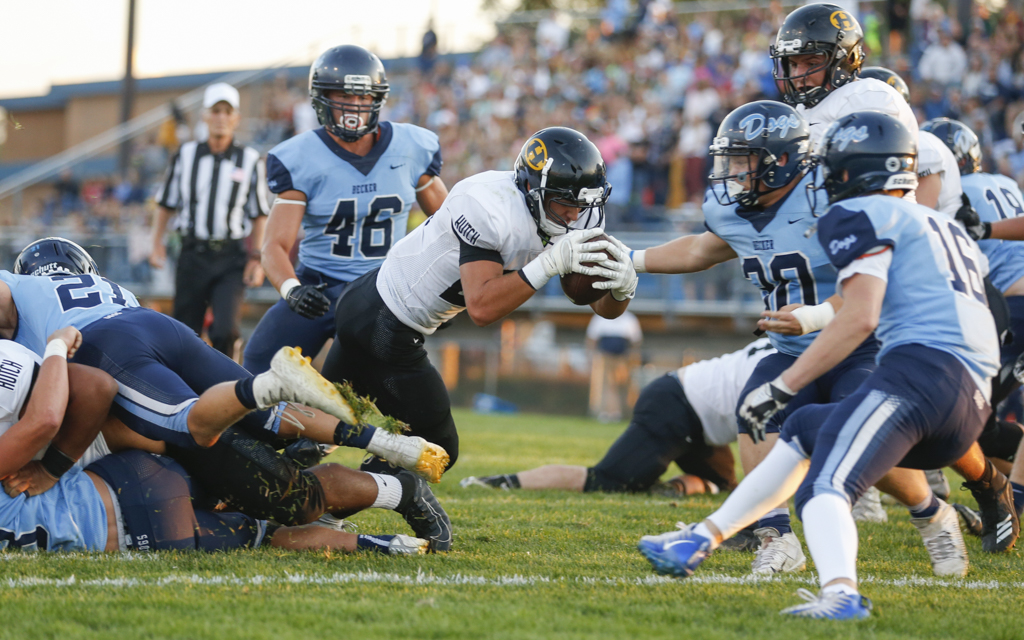 Hutchinson quarterback Russell Corrigan rushed for two touchdowns and completed a two-point conversion pass to help the Tigers to a 16-13 victory over Becker. 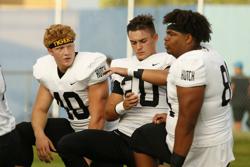 The Tigers (2-0), who went unbeaten last regular season, rushed for 193 yards, led by Tyler Schiller, who had 79. Their defense held off a final Becker drive late in the game.

Senior quarterback Josh Fobbe rushed for a touchdown and threw one to Cade Callahan for Becker (1-1). 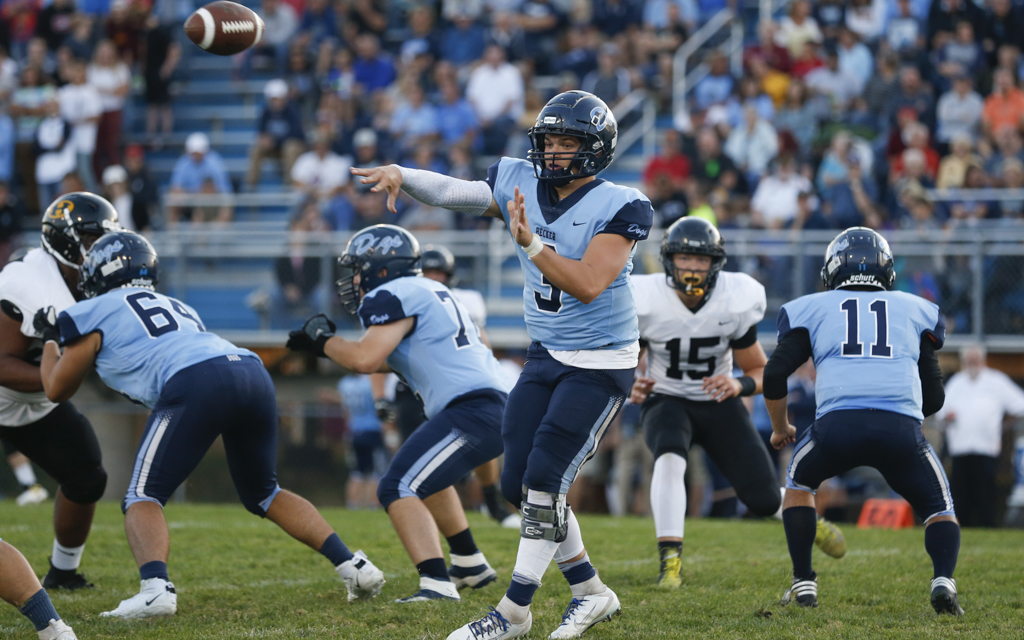 Becker quarterback Josh Fobbe (3) throws a quick pass early in the second quarter against Hutchinson. The Bulldogs fell to the Tigers 16-13 Friday night at Eppard Field in Becker. Photo by Jeff Lawler, SportsEngine