Jim Paulsen and David La Vaque ponder which teams will shine brightest under the week’s second night of lights. 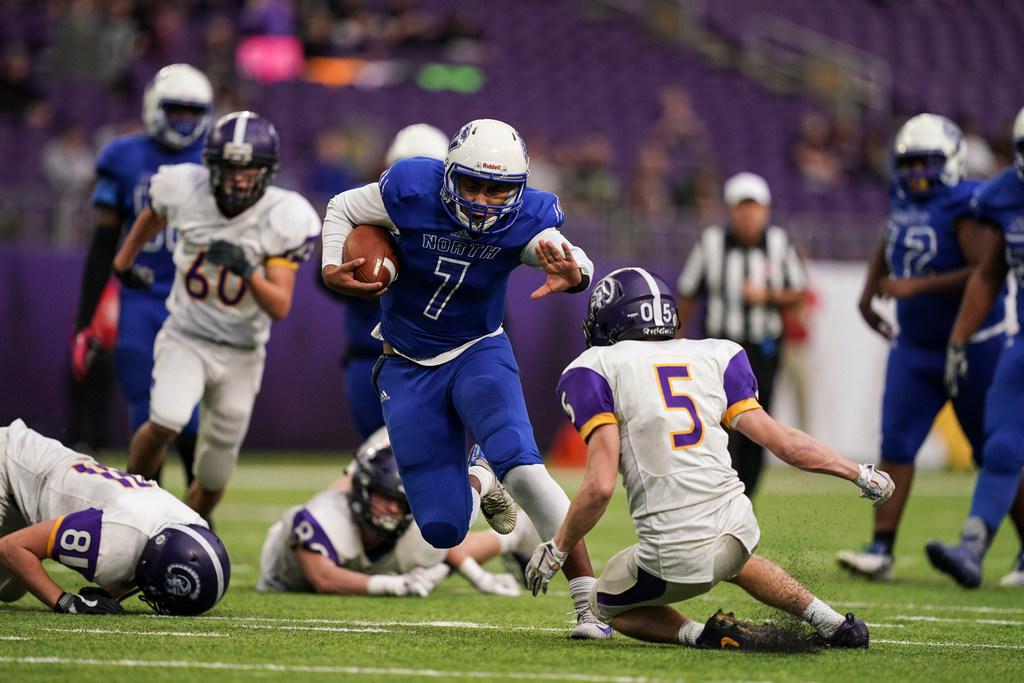 Jim says: How good has Minneapolis North been in recent years? In the past five seasons, North is 40-0 during the regular season and 58-4 overall. The Polars have not lost to a Minneapolis or St. Paul City Conference team since 2013. That streak will continue. Minneapolis North 36, Johnson 18

David says: Too bad this game, featuring the best the two big cities have to offer this fall, isn’t later in the season. Both teams return strong offensive lines, but the edge in playmakers goes to North, led by QB Zach Yeager. Minneapolis North 35, St. Paul Johnson 21

David says: After going 6-31 the past four seasons, Richfield has dropped from Class 4A to 3A in hopes of finding a better competitive fit. But the 0-19 slump continues against the Crusaders, Prep Bowl runner-up in two of the past three seasons. St. Croix Lutheran 31, Richfield 14