Some are matchups of top teams, others provide intrigue for other reasons. 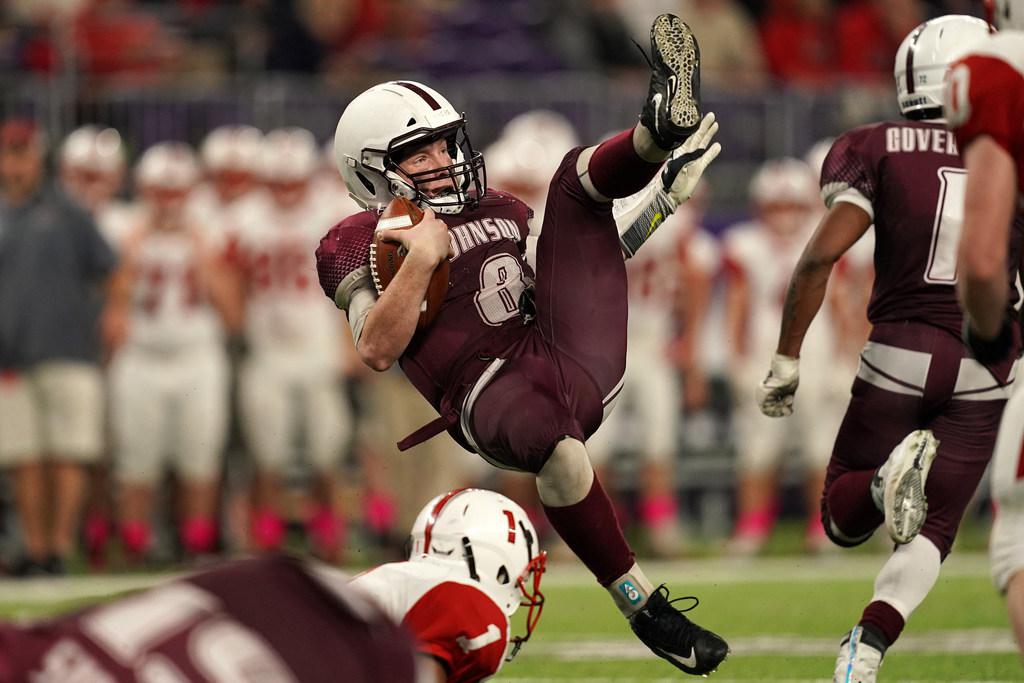 Staff writers David La Vaque and Jim Paulsen came up with eight games to circle on your prep football calendars. Some are matchups of top teams, others provide intrigue for different reasons.

Week 1: Minneapolis North at St. Paul Johnson. The Polars are 46-3 in the past four seasons and won the 2016 Prep Bowl. The Governors reached the state tournament semifinals last season. No other city-school matchup offers two teams with these credentials.

Week 2: Elk River at Buffalo. Last year these teams combined for 1,334 total yards and set a state record for combined points in an 80-70 Elk River victory. What will they do for an encore?

Week 3: Lakeville North at Rosemount. These south-metro powers are meeting for the first time since 2016. Let’s not allow another such lapse.

Week 4: Eagan at Anoka. Programs with just two wins between them over the last two seasons are energized by new head coaches. Any chance at success means a little more when it’s been scarce.

Week 5: Caledonia at Rochester Lourdes. Caledonia, on a 44-game winning streak, has won four consecutive Class 2A titles. Rochester Lourdes has won two of the last three Class 3A crowns and was 14-0 last year. The small-school game of the season.

Week 7: Totino-Grace at Champlin Park. By then we should know which team is for real. Chances are good both of them will be.