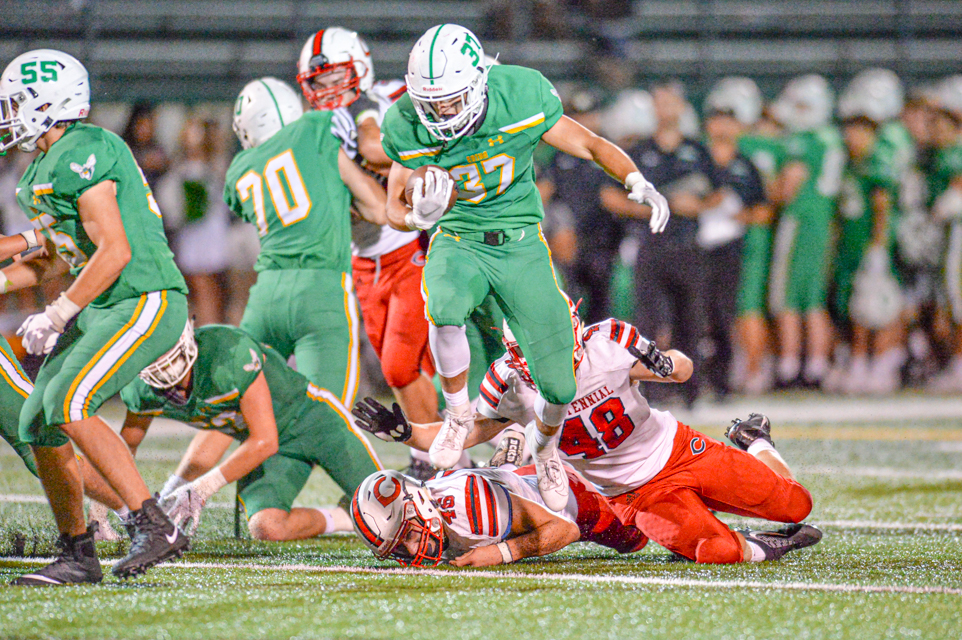 They handed him the ball. Threw it to him, too.

And when they absolutely, positively needed a stop on defense, they set him loose at linebacker.

Edina junior Sawyer Anderson was the definition of all-purpose on Thursday night, and his sack and forced fumble on a blitz of standout Centennial quarterback Connor Zulk in the closing seconds enabled the Hornets to hold off the Cougars 28-20 at the Edina Community Center in a wildly entertaining season opener. 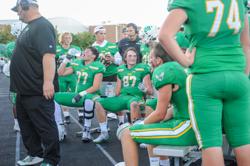 Sandven threw a 15-yard touchdown pass to Anderson in the second quarter to put the Hornets ahead 14-7. Anderson also had 36 rushing yards on 11 carries. But the show stopper, literally, was his crushing hit on Zulk with 14 seconds remaining at the Edina 24-yard line.

“He was the one who got the sack at the end?” Edina coach Darrin Lamker said, nodding his head approvingly. “Yeah, nice play.”

Anderson started at outside linebacker for the Hornets last season, so the position isn’t completely foreign to him. Still, he wasn’t expecting to be playing defense in the final, crucial seconds, or any other time for that matter.

The night didn’t belong completely to Anderson. Sandven, a junior, and senior wide receiver Hamza Malim hooked up five times for 111 yards. One connection, a 64-yard scoring strike in the third quarter, put the Hornets ahead 21-7. They also connected on a crucial fourth down play late in the fourth quarter, gaining 14 yards and a first down that led to Edina’s final touchdown.

“We’ve been together for two years,” Malim said about Sandven. “He knows what I like to do, and he’ll give me the ball where it is supposed to be.”

“Whenever you are playing a great quarterback, he keeps them in the game,” Lamker said about Zulk. “We were up 21-7 and they marched right down and he threw a great ball in the back of the end zone.”

Edina graduated the Star Tribune’s Player of the Year last season in running back Matt Cavanagh and road grader offensive lineman Quinn Carroll, a four-star prospect now playing at Notre Dame. This Hornets team didn’t expect to have that kind of exceptional individual talent, although Sawyer Anderson is off to a superstar sort of start.

“We’re going to need him all over,” he said about Anderson. “He’s a really good football player. Although he made a couple of mistakes tonight that me and him are going to fix up.” 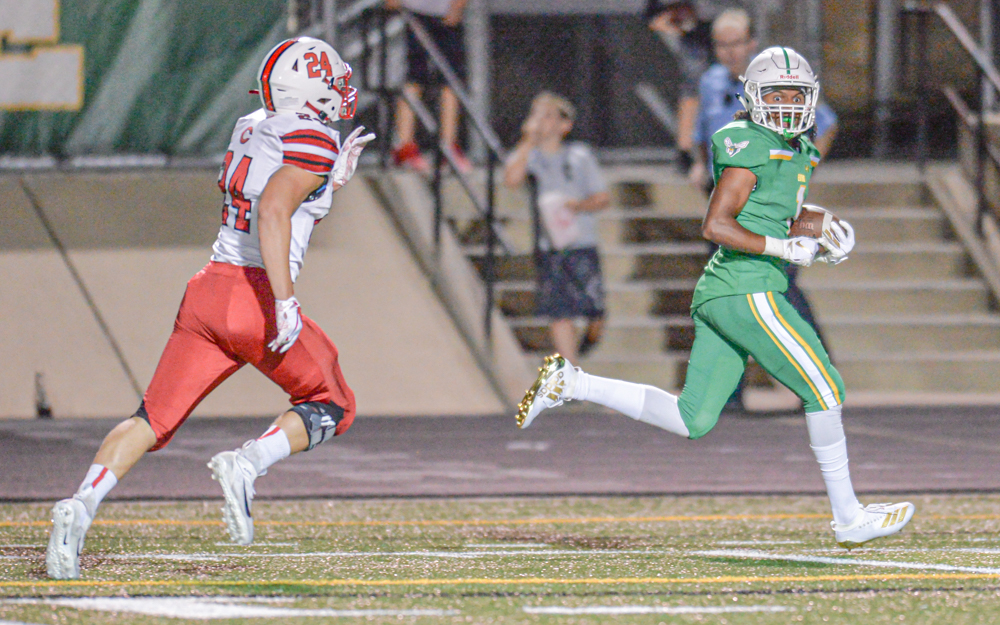 Edina wide receiver Hamza Malim scored a 64-yard touchdown in the third quarter Thursday to put the Hornets ahead 21-7 en route to a 28-20 win over Centennial. Photo by Earl J. Ebensteiner, SportsEngine

A sack and forced fumble by junior Sawyer Anderson, a running back filling in at linebacker in the closing minutes, clinched a 28-20 Edina victory over Centennial on Thursday night in the season opener for both teams.

Centennial rallied from a two-touchdown deficit in the second half to close within 21-20, but a botched snap prevented the Cougars from pulling into a tie.

A controversial muffed punt set up Edina’s go-ahead touchdown in the second quarter as the Hornets took a 14-7 lead at halftime.

With 4:50 left in the second quarter Centennial punt returner Noah Larson was knocked down as he was trying to field a punt. There was no penalty on the play, which left Centennial coach Mike Diggins incensed with the lack of a call.

Edina scored four plays later when junior quarterback Sandven hit Anderson with a 15-yard completion on fourth down. The touchdown hookup, and Jackson Fenske’s extra-point kick, put Edina ahead 14-7 with 2:33 left in the half.

Edina opened the scoring in the first quarter on a 6-yard touchdown run by fullback Jonathan Bunce with 5:46 left in the opening quarter.

Centennial (0-1) countered with a 44-yard scoring pass from Connor Zulk to Carter Anderson after Zulk had trouble handling the snap and scooped the ball off the turf. That score came with 1:01 left in the first quarter. 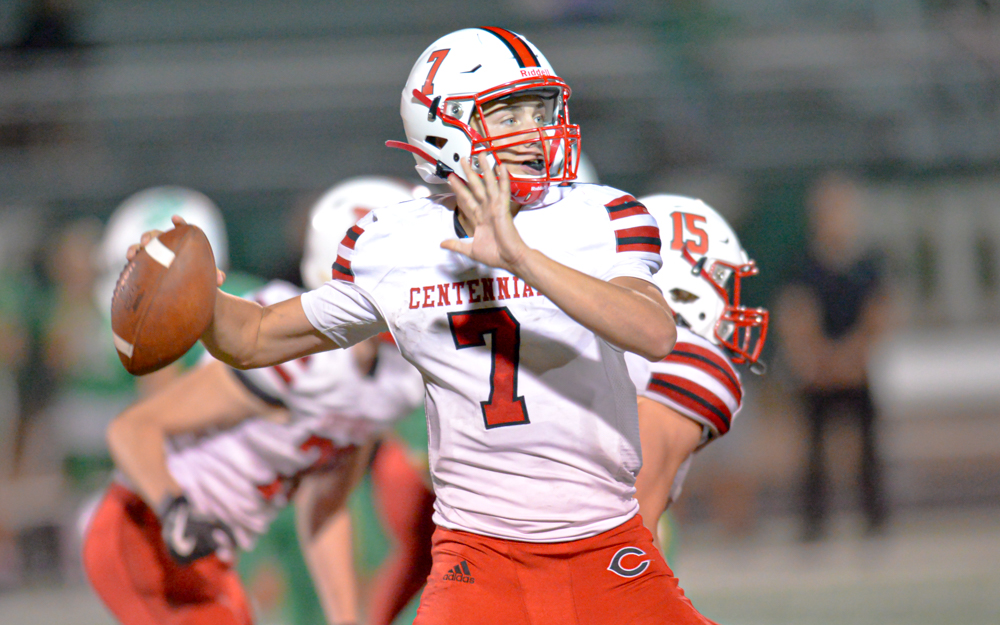 Centennial’s Connor Zulk sets back in the pocket after a bad snap to throw a 44 yard pass to Carter Anderson in the third quarter. The Cougars lost to the Hornets in Edina 28-20. Photo by Earl J. Ebensteiner, SportsEngine